This post appears courtesy of Edelman. The full study can be found here.

It’s 2017, and trust is at an all-time low. Just released, the 2017 Edelman Trust Barometer revealed that trust is in crisis. The general population’s trust in four key institutions – business, government, NGOs, and media – has declined considerably, a phenomenon not reported in the segment since Edelman began tracking it in 2012.

Concluding the fall of trust, the Trust Barometer found that 53 percent of respondents believe the current overall system has failed them – it is unfair and offers little hope for the future. “The implications of the global trust crisis are deep and wide-ranging,” said Richard Edelman, president and CEO of Edelman.

Of the four institutions, business is viewed as the only one that can make a difference. Three out of four respondents agree a company can take actions to both increase profits and improve economic and social conditions in the community where it operates. Its leaders must step up on the issues that matter for society.

Edelman offers a hopeful suggestion: to rebuild trust and restore faith in the system, institutions must break their traditional cycles and work toward a new, more integrated operating model that puts people at the center of everything they do.

Here’s a breakdown of 10 main insights into the 2017 Edelman Trust Barometer: 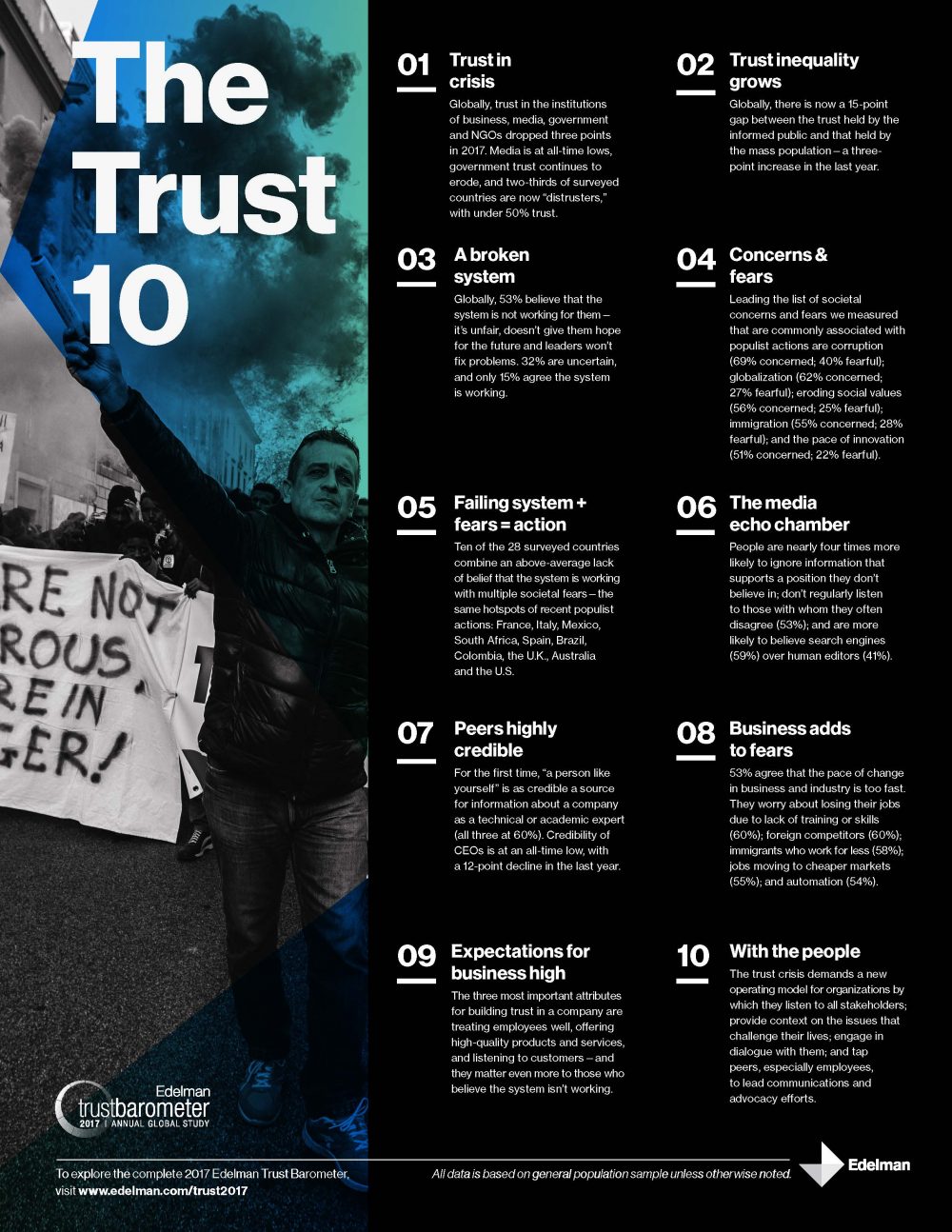 Erin Ford is an intern at the Institute for Public Relations and a Masters Student at the University of Florida’s Hough Graduate School of Business. Follow her on Twitter, @erinfordpr