Posted on February 22, 2022 by Institute for Public Relations

Introduction
Nearly three-quarters of Americans on both sides of the political aisle believe disinformation, or deliberately false or misleading information, will prolong the COVID-19 pandemic, according to the third annual Institute for Public Relations Disinformation in Society Report. The survey of 2,200 Americans conducted Nov. 10-14, 2021, by Morning Consult explored the prevalence and effects of disinformation, source trustworthiness, and the sources responsible for spreading and combatting disinformation.

Some of the key findings include: 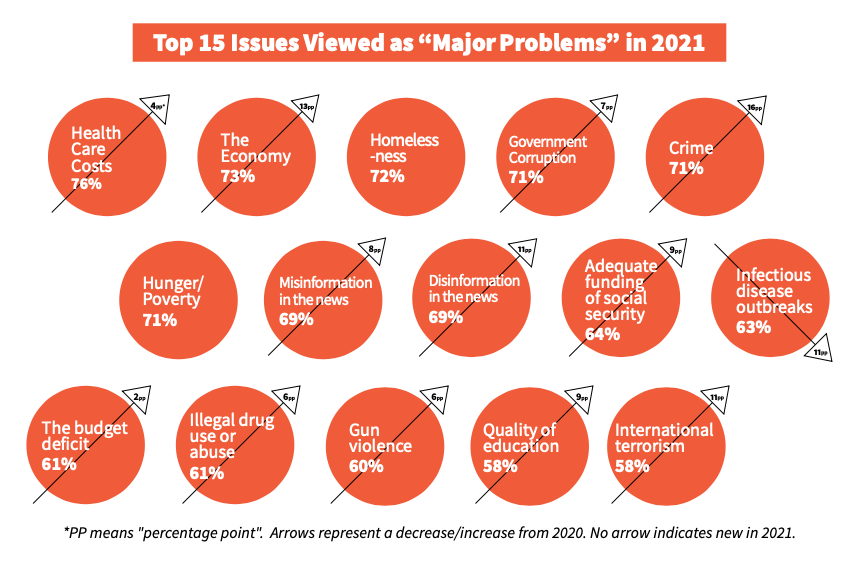 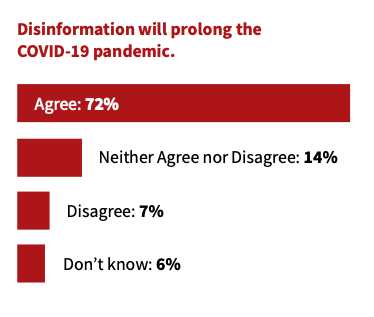 Disinformation has a negative impact on society and well-being: Seventy-one percent said disinformation increases the polarization of political parties, while 63% said it infringes on human rights. More than half of the respondents (52%) said encountering disinformation makes them feel anxious or stressed. 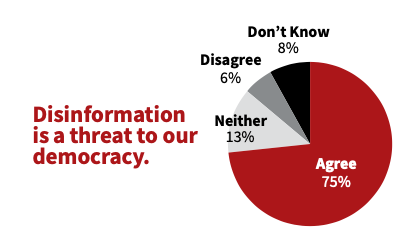 While Republicans and Democrats differed on their trust in media sources, local news brought them together: Mainstream media outlets saw starkly different perceptions of trustworthiness based on political affiliation by as much as 40 percentage points. Both Republicans and Democrats agree local sources are trustworthy, specifically local broadcast news (64%) and local newspapers (63%). 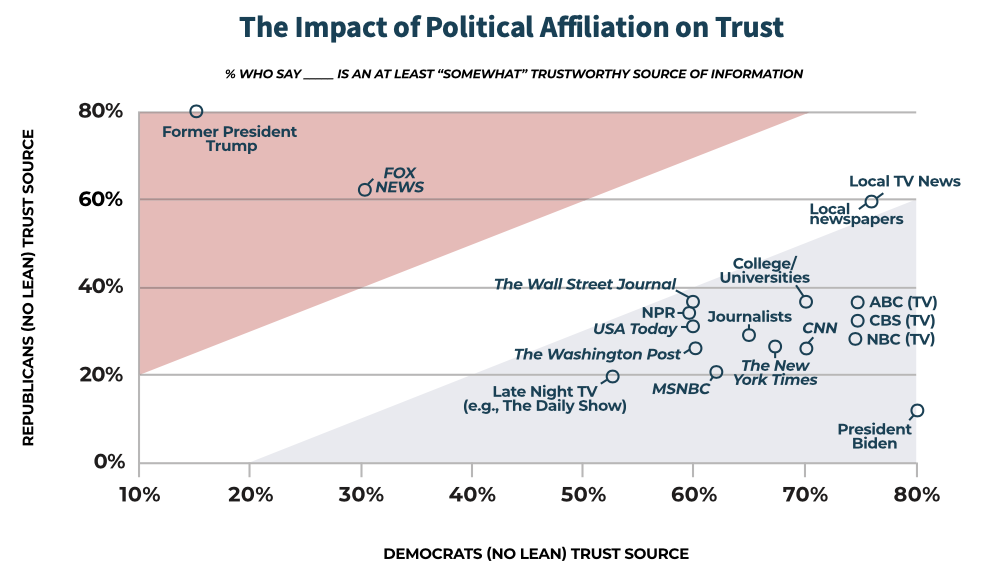 About the Institute for Public Relations
Founded in 1956, the Institute for Public Relations is an independent, nonprofit foundation dedicated to the science beneath the art of public relations™. IPR creates, curates, and promotes research and initiatives that empower professionals with actionable insights and intelligence they can put to immediate use. IPR predicts and analyzes global factors transforming the profession and amplifies and engages the profession globally through thought leadership and programming. All research is available free at www.instituteforpr.org and provides the basis for IPR’s professional conferences and events.