Bigger, Better, Smarter: How the PR Industry in the Middle East is Changing

This study is featured courtesy of the Middle East Public Relations Association.

The Benchmark by MEPRA is the largest research project into the views, performance and aspirations of the public relations industry in the Middle East.

Over the month of April 2016, MEPRA sought the opinions of senior practitioners – heads of in-house departments, agency chiefs and independent consultants – across a wide range of topics. We asked about their experiences in 2015 and their expectations for 2016.

Those results give a picture of an industry generally in good health, one which is growing in skills, in confidence and in scale. Across nearly every major metric, respondents were positive about 2015 and saw growth, in many cases significant growth, into 2016.

It is an industry which is embracing social media – but is one which expects employee engagement and integrated communications to grow more in importance in 2016.

It is an industry which recognises the need to demonstrate results and prove a return on investment as critical issues in 2016 – but is one in which practice and performance in these areas still has room for improvement.

It is an industry in which the chill winds of budget cuts are starting to be felt more keenly – but is one which overall expects investment to grow (just!) during this year.

It is an industry which employs thousands of professionals across the region – but is one which needs to pay more attention to finding, training and retaining the best people. This is particularly the case for graduates and local talent; the statistics in this report provide a wake-up call for the long term health of the sector.

Finally, it is an industry which demonstrates clearly a link between practice and performance. The most successful, world class organisations in public relations, be they agencies or in-house departments, are those which have invested in policies, processes and quality control procedures; these deliver the strongest results.

The Benchmark, our new data set allowing companies to evaluate themselves against the wider industry, will be a key tool to help the Middle East’s public relations industry to get even bigger, even better and even smarter.

We thank all the participants for sharing their views with us; each will receive a copy of this report. I’d also like to thank in particular Stephen King, of MEPRA, for creating and managing the survey process, as well as Simon Buerk, of Blue Rubicon, who is also on MEPRA’s Industry Engagement Committee, for his help in this project. 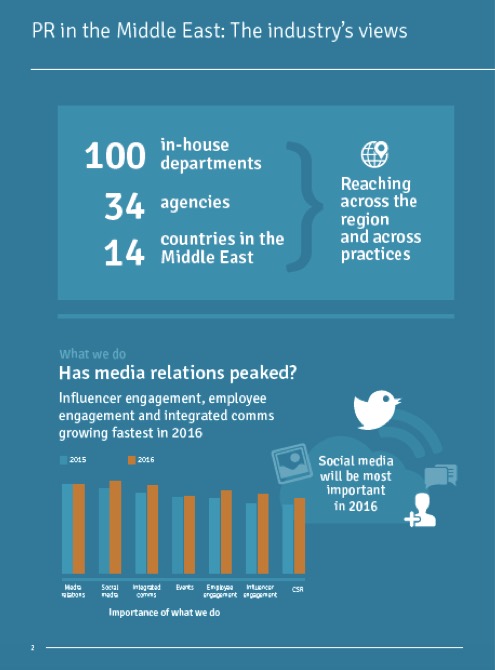 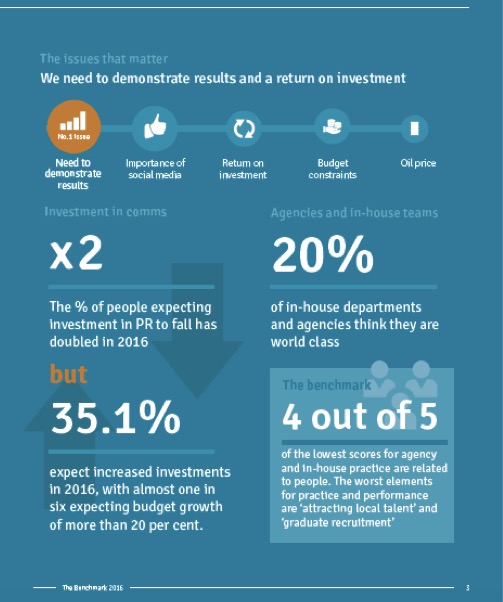 The Benchmark was launched on 27 March 2016, with the goal of developing the region’s largest data source on the work of the public relations industry. The study invites heads of agencies, heads of in-house communications departments and independent consultants to share their views on current trends in the industry, through a series of questions that will be repeated on an annual basis. In these cases, respondents were asked to rank items on a scale of 1-5, in which 1 was least and 5 was most important.

In addition, the study asks heads of agencies and heads of in-house departments to rank their organisations, in terms of practice (policies, processes and controls) and performance (delivery of results) across a range of 12 areas of activity in public relations. The resulting tool, The Benchmark, provides a powerful way for agencies and communications departments to rate their operations against the wider industry – and to track progress on an annual basis.

The survey has been conducted on-line, through a SurveyMonkey questionnaire. It has been invitation only, both to MEPRA members and non-members. The Benchmark is self-scored, with guidance included within the questions. We asked respondents to be as objective as possible in their views and, while there are a handful of companies which gave themselves very high self-scores across all elements, the overall spread of results suggests that the vast majority of participants have kept this objectivity. In future iterations, we will aim to include more specific guidance on scoring.

For the purposes of production of this report, a cut-off date of 4 May 2016 was taken, for analysis of results. Multiple respondents from a single office or department were not allowed for The Benchmark; in such cases, the most senior respondent was left in and others were removed.

The Benchmark will continue to remain open, with the goal of attracting more participants during the year. 2016 participants will then be encouraged to track their progress on an annual basis. 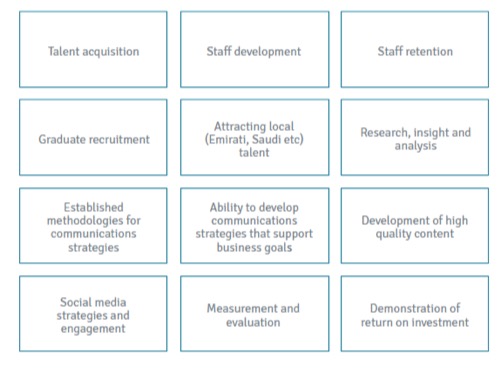