Political organizations, much like corporations, have invested interests in the core functions of public relations: image, reputation, and expectation management. Replacing consumers with constituents, politicians, political parties and interest groups, federal agencies and departments, and governments themselves all seek to engage with constituents through tested relationship management tactics. As true for political public relations as it is for corporate public relations and public interest communications, unexpected crises arise more often than would be desirable.

With COVID-19, what began as a national health emergency in China quickly became an international health epidemic posing a viable threat to the global human population, and increasingly, the world economy. Homing in on the United States, one state has risen to the forefront in governmental response to the pandemic, Ohio. Under the leadership of Governor Mark DeWine, Ohio has navigated the flash point of the virus’ arrival in the country and offered a model for efficient and effective communication behavior in a time of crisis.

Despite record coronavirus cases in Washington, California, New York, and Florida, Ohio has adopted the most aggressive crisis response, namely through early preventative measures. On Monday (3/9) with only three positive cases, Governor DeWine declared a state of emergency. On Tuesday (3/10), Ohio began pressing the postponing or cancelling of all large indoor events; on Wednesday (3/11), the state began limiting visitors-per-resident in nursing homes and assisted living facilities. On Thursday (3/12), all K-12 schools were closed and social gatherings of 100 or more people were prohibited. On Sunday (3/15) Ohio became the first state to reduce restaurants and bars to carry out, delivery, and drive thru service. Following most decisions, numerous other states began implementing similar policies. Lastly, DeWine attempted to postpone Ohio’s Super Tuesday II primary but was rejected by state courts; the governor responded by ordering the Department of Health to mandate the closure of all polling stations. 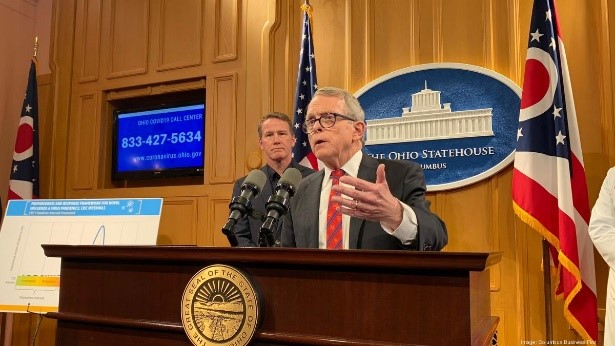 Without the fortune of hindsight we now have, each decision was an enormous political, and increasingly legal, risk for DeWine. Every order brought substantial and mounting rebuke from public opinion, but as leaders are expected to do in times of crisis, DeWine looked passed the opposition and made the tough decisions necessary for the long-term health and safety of his constituents. As put by Dr. Michael J. Ryan, Executive Director of the World Health Organization, “If you need to be right before you move, you will never win … speed trumps perfection … everyone is afraid of making a mistake, everyone is afraid of the consequence of error, but the greatest error is not to move.”

One interesting element about Governor DeWine’s actions are the stark contrast they pose to his normal political stance as a member of the Republican Party. Following intense administrations led by former Governor John Kasich and President Donald Trump, DeWine presented himself as a calm, cool, and collected candidate in the 2018 gubernatorial race. Moving ahead of the leader of his party, and the federal government for that matter, showed his willingness to function first and foremost as an Ohio public servant rather than a member of his national political party. 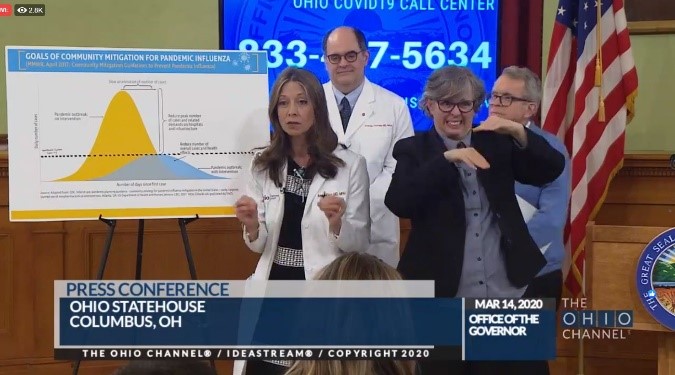 DeWine’s administration has made use of a diverse range of owned, earned, and shared media to present the state’s crisis response strategy. Beyond frequent press releases and daily press conferences highlighting medical experts with informational charts, the social media presence of the governor, Ohio’s department of health, and numerous other state agencies have been highly active around the clock. These social platforms have utilized fundamental tactics, based on cognitive psychology, for effective social penetration in digital information ecologies, making frequent use of inter-agency sharing or retweeting, large, color-rich, and easy to process graphics highlighting key information, and stressing an interlink of key hashtags for network diffusion.

Beyond relationship management tactics, platforms, and target publics, Ohio is offering a uniformity of voice from across the state government. Public communication has been timely, clear, accurate, consistent across all sectors of state government, and jointly presented by politicians and health experts in a professional manner. This contradicts many scenes across the country, and at all levels of government. At the local level, an emergency city and parish council meeting in Louisiana led to public confusion and frustration when Mayor-President Josh Guillory announced the meeting would be closed to the public and media, then not held at all, then finally held as open to the public. At the state level, while New York currently faces four-times the number of cases as runner-up Washington, Governor Andrew Cuomo bickered with his brother, CNN’s Chris Cuomo, during live coronavirus coverage over which son was their mother’s favorite. At the federal level, President Trump’s pre-scripted oval office address was plagued with inaccuracies regarding travel bans, trade bans, and medical insurance co-payments, leading to public panic and a hit on the U.S. stock market. 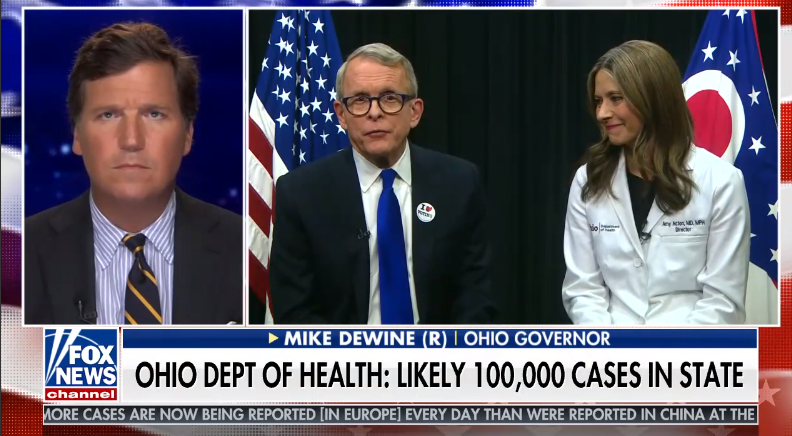 In an increasingly digital world, an element that stands out in DeWine’s crisis response strategy has been the effective application of news management tactics to engage across a range of the news media, namely news and radio networks. While navigating a massive bureaucracy through the crisis, DeWine prioritized time to join Fox News, CNN, Meet the Press, ABC’s The View, and the Hugh Hewitt radio show as an organic information subsidy to stress the need for the actions taken by Ohio and to convince the public to support such efforts. 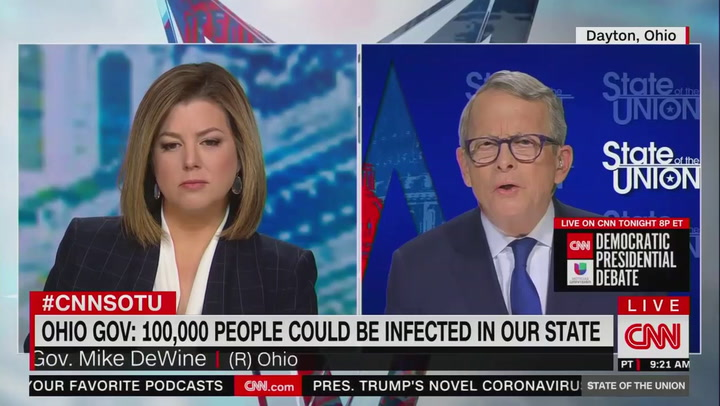 While there has been an abundance of people believing the pandemic to be a hoax, particularly among right-leaning conservatives, DeWine joined Fox News’ Tucker Carlson Tonight to advocate across the conservative base of the need for the entirety of the public, irrespective of politics, to take proactive measures to curtail the spread of the virus. His role has been critical in helping news sources, regardless of political leaning, more effectively convince the public of the necessity to adopt preventative measures for the public health.

Governor DeWine’s 40 years of experience in government has informed Ohio’s rational, proactive, well-informed, calm, and overall effective crisis response strategy. The results have significantly increased state-wide mobilization to help slow the spread of the virus and, as of March 19, there were only 119 cases and zero related deaths in the state as compared to the 10,442 cases and 150 deaths nation-wide. Beyond the practical fruits of such a strategy, Ohio has become a national model for COVID-19 response, with earned media exposure pouring in for both Governor DeWine and Ohio’s state government. While the coronavirus seems to be winning the war thus far, Ohio’s crisis response strategy has dominated as a leading model of crisis communication response in the theater of political public relations. 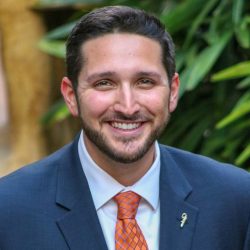