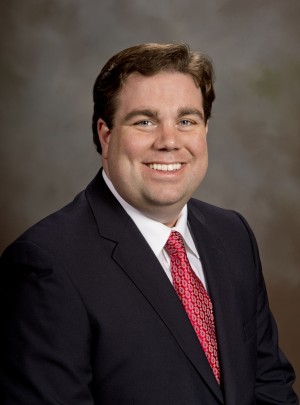 What are the legal limits on raising capital for startups?  Are there legal constraints on promotions for a startup?  Can a for-profit organization raise money on the Internet from unsophisticated investors?  These questions are important for practitioners to know given the changing nature of online capital campaigns.

Public relations literature on fundraising has proliferated in the past decade.  Many practitioners specialize in fundraising techniques, specifically social media campaigns.  However, fundraising until the mid-2000s was associated almost exclusively with non-profit organizations.  However, in 2013 the Jumpstart Our Business Startups Act (JOBS Act) changed the nature of raising capital for new businesses by allowing startups to use the Internet to solicit investors.  The idea behind this law was startups that couldn’t receive money from traditional sources, such as banks, could use the Internet to solicit investors for their new businesses.  This was accomplished by changing the cumbersome restrictions and mandatory disclosures imposed on businesses by the Securities and Exchange Commission (SEC).

The result of this easing of SEC restrictions was crowdfunding, a new way for start-ups to gain investors through promotions and solicitations on the Internet. Crowdfunding uses third party websites, such as kickstarter.com, to solicit investors, sometimes called backers, for new start-up businesses.  Each project on these websites contains promotional material that explains what a project is, its target capital goal, and how much money it currently has.  Projects range from new magazines, video games, art projects, fashion design, dance ensembles and new inventions.  Potential backers can read promotional materials about these projects and fund them at various monetary levels.  These levels of contribution come with guarantees of certain rewards, or products, including copies of the product or subscriptions. Websites like kickstarter.com require that an organization must reach its target fundraising goal to receive its pledged funds.  If a company fails to reach its funding goal no money is distributed.  Crowdfunding has proved lucrative.  In 2013, the year the JOBS Act passed, crowdfunding practices in the United States topped $5.1 billion.

The use of the Internet is essential for crowdfunding because it allows direct promotions for a startup.  Because the JOBS Act increased the number of shareholders needed before a company must register with the SEC, businesses using crowdfunding are allowed to get capital from numerous investors in small increments.  The JOBS Act attempts to protect investors by placing caps on how much an individual can invest.  This cap is directly tied to an individuals’ income and net worth.  These caps along with the word-of-mouth power of social media are used to protect investors from bad investments.

While the JOBS Act is hailed by many as an innovative way for new businesses to raise capital free of cumbersome federal regulations, there are some issues with the logistics of protecting online investors from deceptive promotions.  In June 2015, the FTC took the first step ever in regulating the promotional content of crowdfunding.

This FTC case involved a company known as The Forking Path, Co. that launched a crowdfunding page to raise money for a board game called The Doom That Came to Atlantic City! Part of the crowdfunding strategy was to provide backers with a copy of the game when they pledged $50 or a copy of the game with figurines when backers pledged $75.  The Forking Path wanted to raise $35,000 via crowdfunding in a 30-day time frame.  The company exceeded its target in its capital campaign, receiving a total of $122,874 from 1,246 backers.  The Forking Path decided not to produce the game citing that moving costs, licenses, and employee salaries had depleted their funds.  Despite its large amount of capital contributions, the FTC found that The Forking Path, Co. never incurred these expenses and instead used donations for personal expenses.

The FTC held that the Forking Path’s use of crowdfunding violated 15 U.S.C. §45(a), a federal statute that prohibits unfair methods of commerce.  The Forking Path has since been ordered to pay restitution and is forbidden to continue using misrepresentations in crowdfunding campaigns.

This fraudulent crowdfunding case may seem like an obvious reaction to online deception, but it signals a new approach to online capital campaigns.  Because the FTC decided to enter into the regulation of promotional content in crowdfunding there are three things practitioners need to know about crowdfunding content.

1) Transparency is important.  This is well-established truth in public relations practice, but it is one that has been obviously ignored in crowdfunding practice.  In fact, in the wake of the FTC’s case against The Forking Path, the FTC issued a report in June 2015 entitled “Don’t let crowdfunding be your ‘doom.’”  In that press release, the FTC stated that crowdfunding has two fundamentals everyone must follow.  The FTC told crowdfunders to “keep your promises” and “use the money raised from crowdfunding only for the purpose represented.”  This may seem like an obvious point, but as The Forking Path case shows, over-promising can have both financial and legal consequences.  Practitioners working with startups that elect to use crowdfunding as a means to solicit capital contributions need to impress upon their clients that guarantees to potential backers must be honored at the risk of legal penalties.

2) Relaxed regulation doesn’t mean there is no regulation. One of the criticisms of crowdfunding is it only exists because the JOBS Act loosened federal regulations on startup businesses.  However, this easing of regulations doesn’t mean crowdfunding-eligible businesses are absolved of all regulations.  As The Forking Path case shows other federal agencies outside of the SEC still have the ability to regulate campaigns.  Moreover, SEC regulations still affect startup businesses.  After a certain amount of donors are solicited, startups must register their organizations and adhere to disclosure requirements under Sarbanes-Oxley.  The FTC’s recent investigation of crowdfunding should indicate that federal agencies are actively engaged in crowdfunding practices.  In fact, without active oversight crowdfunding will ultimately lose its appeal to small investors.

3)  Expect federal regulation in crowdfunding to expand.  Crowdfunding is not a U.S. phenomenon.  Its roots are in European markets, specifically the U.K., where crowdfunding has been operating since the 1990s.  All of these crowdfunding markets within the U.S. and abroad struggle to determine what is the appropriate level of regulation.  Part of the rationale for the JOBS Act was to de-regulate the small business market so startups could grow without stifling regulations.  However, as crowdfunding grows into a multi-billion dollar market, startups should expect further regulations from the SEC and other agencies such as the FTC.  However, not all regulation stifles the growth of online promotions.  In March 2015 the SEC introduced one such regulation, frequently referred to as Regulation A+, which allows organizations to use online campaigns to gauge interest in potential projects without collecting any capital.  This effectively allows organizations to compile information on investors prior to creating a formal capital campaign.

The growth of crowdfunding signals a new era in capitalizations of small businesses.  It represents a new type of financing for businesses as well as an opportunity for investors.  However, as the recent FTC case against The Forking Path shows, for-profit capital campaigns demonstrate the importance of effective and truthful promotional content.  Promotional material in online solicitation is a cornerstone of crowdfunding campaigns.  Public relations for startups is even more important now that previous restrictions on solicitation and promotions have been lifted under the JOBS Act.  However, the old adages of public relations such as transparency, relationship management, and image management are important for startups and crowdfunding.  Whether the PR done for these organizations is carried out by external professionals or internal personnel, it is important for practitioners to understand the emerging parameters affecting online capital campaigns.  This represents a new challenge and opportunity within public relations.

Cayce Myers, Ph.D., LL.M., J.D. is the legal research editor for the Institute for Public Relations.  He is an assistant professor at Virginia Tech’s department of communication where he teaches public relations. Follow him on Twitter @caycemyers.