Posted on December 14, 2015 by Juan-Carlos Molleda 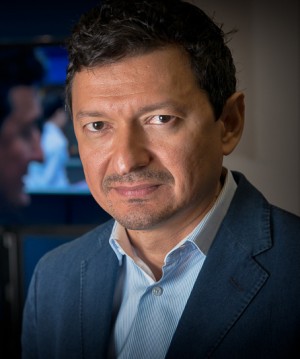 For the first time in 17 years and 20 national elections, the Venezuelan opposition overwhelmingly won two-thirds (112/167) of the National Assembly’s seats with a noticeable participation of 75% of voters on Sunday, December 6, 2015.  The political event is not only, as The New York Times highlights, a rare victory, but also an example of how a political organization circumvented governmental media censorship and control with digital communications technologies.

Winning two-thirds of the National Assembly means that the opposition became a super majority or qualified majority. Opposition lawmakers, therefore, will have the power to dismiss ministers and judges of the Supreme Court (Tribunal Superior de Justicia, TSJ), rectors of the questioned National Electoral Council, and even to request a recall referendum to oust President Nicolas Maduro without collecting a million signatures.

To understand the relevance of this case, some context is needed. Freedom House reports a significant, progressive decline in Venezuelan press freedom since 2003, awarding the country a “not free” status.  This status resulted from a monopoly of traditional media operations, especially broadcasting, and the enactment of a 2004 Law on Social Responsibility in Radio, Television, and Electronic Media (amended in 2010) for “democratic security” that imposes heavy fines on private media that significantly restricts freedom of expression. Similarly, Reporters without Borders’ 2015 World Press Freedom Index rates Venezuela #137 out of 180 countries stating that “the country’s economic and social crisis had a disastrous impact on freedom of information.”

The control over airways and print publications are only a symptom of a deteriorated democracy as Venezuela receives very poor reviews in almost every aspect. The 2015 Index of Economic Freedom of the Heritage Foundation ranks Venezuela as repressed. Additionally, Transparency International’s 2014 Corruption Perception Index evaluates the South American nation as number 161 out of 175 countries. That translates into an immensely corrupted political and economic environment.

This is the national context in which elections took place that negatively affected the popularity of the governing party and its candidates. The political opposition organization named “Mesa de la Unidad Democrática” (Democratic Unit Roundtable, Spanish acronym MUD) was predicted to receive the benefits of popular discontent with the critical situation; however, facing an almost total media blackout and a biased electoral commission (four of five members of the National Electoral Council, CNE Spanish acronym, represent the governing party,) Luis Almagro, Organization of American States’ General Secretary, denounced the unfair electoral system of Venezuela in an 18-page protest letter days before the electoral event.

Distressingly, watching and listening to the mainstream media (government controlled or censored) and social media the day of the parliamentarian elections appeared that MUD, its candidates, and its proposals did not exist. Moreover, the picture of the country they presented was remarkably different than what economic and social indicators showed. The National Union of Press Workers’ (Sindicato Nacional de Trabajadores de Prensa, SNTP) general secretary, Marcos Ruíz, explained how the screens of traditional media did not show the country’s reality on December 6. He criticized the bias of the mainstream media in Venezuela and the lack of coverage to the opposition leaders before, during, and after Election Day.

I first learned about this communications program through family and friends in Venezuela, as well as through influencers I follow on Twitter. In no particular order, the word spread out rapidly through Miami-based opposition and independent online news media, and soon after through international news agencies stationed in Venezuela.

Venezuelan Unity used a professional visual identity design, and transmitted non-stop programming the day of elections, and post-election analysis after the first official bulleting of the CNE after midnight. The coverage continued over the following days with further analysis and future plans. As of Monday, December 7, the YouTube channel had almost 40,000 subscribers, the Twitter account 628,000 followers, the web streaming of the news room more than 90,000 connections, the Instagram over 24,000 followers, and the Periscope account with 106 followers.

The live transmission via internet channels conducted by experienced journalists and commentators presented interviews with a variety of experts (e.g., political scientists, historians, student leaders, etc.), educative public service announcements on how to vote and to protect the vote at the ballot box, and Periscope reports from prescripts nationwide. They reached out to domestic and international audiences, including the growing diaspora in many world locations, who acted as multipliers of the opposition’s messages. With constant clarifications and rumor-control messages, MUD kept the audience informed on the developments of the electoral process and results.

To primarily maintain the voters and international news media informed, News conferences were hosted about every other hour with the participation of opposition leaders, candidates and international companions, in particular seven ex-presidents of Latin American countries (i.e., Bolivia, Colombia, Costa Rica, Ecuador, Panama, and Uruguay).

Aiming to enhance the transparency of the overall elections and the voting process, a phone and online hotline was also made available for the population to denounce irregularities in electoral precincts and their perimeters, in which political propaganda and the action of activists were banned. The reported wrongdoings were then illustrated with colored dots on an interactive map of the country available for public view.

In contrast to the divisive language used by government-control or censored media, the MUD channel contained positive messages to reassure the population that the time for change has arrived, but most importantly that electing a National Assembly was a pivotal step towards rescuing democracy and its institution, not to say improving the lives of Venezuelans.

During the campaign, MUD also used digital communications technologies to circumvent the government hegemony over news and information. By 2014 in Venezuela, according to the International Telecommunication, 57% of the population of 30 million people uses the Internet; however, the service is slow and crashes regularly. The technical difficulties seemed acute during the day of the elections.

In addition to the effective digital communications channels of the opposition, MUD also worked intensively in securing the transparency of the electoral process. Vente Venezuela, a civil group that supports the political agenda of the opposition, planned and executed a citizens’ mobilization program to protect the integrity of the elections. This program was especially important in the last hours of the process when, in previous electoral processes, the PSUVE with impunity has ridged the votes or coerced citizens to vote for their candidates, sometimes by using violence and intimidation. The plan, named Clear Singing (Plan Canta Claro), took two years in to develop and started by cleaning the voters’ registry then, in the last six months gearing to the December elections, recruiting and training 100,000 citizens to secure more than 4,000 precincts in which irregularities were detected in previous elections where the socialists candidates unexpectedly won with more than 70% of the votes.

The opposition’s victory in Venezuela is commendable and encouraging. Nevertheless, there are challenges ahead and MUD may need to actively maintain its digital communications channels to circumvent media censorship while trying to rescue the constitutional functions of the National Assembly and tackling the economic and social crisis the population faces. Despite President Maduro’s acceptance of the elections’ results, he blamed an “economic war” waged by the right-wing forces for the defeat of his United Socialist Party (PSUV, Spanish acronym) and went on to say that the real winner was a counter-revolution movement monitored by foreign forces, including the U.S. embassy in Caracas.

The following weeks and months will dictate the need to go back to the elections’ strategy to inform national and international audiences on the advances or obstacles the opposition-controlled National Assembly will face. Raúl Slolk, Venezuelan lawyer and writer, said in an opinion page, “the opposition-controlled National Assembly may be powerless before its term even begins if the government decides to try to cripple it”. In addition to this potential scenario, among the fewer elected deputies of PSUV are the first lady, Cilia Flores, and Diosdado Cabello, the current president of the National Assembly (Parliament), about whom the international media have reported having alleged ties with cocaine trafficking. The new Parliament will be sworn in on Tuesday, December 5 and a new president of this legislative body will be elected among the new opposition deputies.

The digital communications strategic programming may be needed soon after the newly elected lawmakers take control over Parliament in January. Current head of the National Assembly, Diosdado Cabello, declared on his own television show that he would transfer ownership of the National Assembly’s television and radio stations to the communications professionals who operate them. The move aims to prevent the incoming opposition lawmakers from reformulating the stations’ editorial line, which currently operate as blatant propaganda arms for the socialist party and the Maduro’s regime.

Juan-Carlos Molleda, Ph.D., is a Trustee of the Institute for Public Relations and Professor and Chair of the Department of Public Relations, College of Journalism and Communications at the University of Florida. Follow him on Twitter @GlobalPRMolleda