The European Communication Monitor 2013: The influence of professional organizations and what the data means for IPR 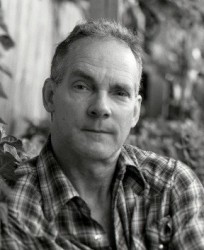 This is the fourth in a series of IPR blog posts on the 2013 European Communication Monitor (ECM). See the first post in this series for a review of the survey’s overall demographics, methodology, and results.  The second post dealt with results concerning strategic issues and influence. The third post reviewed salaries and status.

Suppose you wanted to learn about the influence of a professional organization on its members. One way to do it would be to ask members what they think about it. Another way would be to compare the salaries of members with non-members. The ECM did both of these, for 2,710 communications pros from 43 European countries. Here are the results. Special Bonus: We compare the ECM-identified desirable functions of a professional organization to the mission of the IPR. How does the IPR stack up against the European wish list?

The ECM was produced by one of the organizations it reports on.

The European Association of Communication Directors (EACD) is one of three partner organizations that produced the ECM. The report itself was co-published by EACD, and its Foreword was written by Dr. Herbert Heitmann, President of the EACD. The ECM questionnaire included several questions concerning the impact of professional organizations, and about the EACD in particular. Note that the EACD, as contrasted with national professional organizations, is specifically concerned with supporting communications pros who work internationally.

As I was reading the ECM results, I wondered to what extend the EACD’s participation might have biased the ECM’s results. So I wrote to Prof. Dr. Ansgar Zerfass, lead author of the ECM to ask about it. He responded:

“This might be a problem in many partnerships but it is not and was not in this case. We have clear contractual agreements dividing the research part of the study (…all done by the academic team) and the dissemination (…done by the EACD and the publisher) and fortunately the EACD has never attempted to interfere with these rules.

“Interestingly, the ECM 2013 study shows that the EACD has a lower impact than national PR associations have, which is understandable as many participants will know the EACD but only 13.5% are members compared to 51.3% which are members of national associations. This reflects the status of associations in Europe: Many national associations cover the professional field at large and at all levels, which gives them a higher visibility and impact in fields of education, ethics etc., while the EACD attracts communicators on a higher level with a more international outreach.

Do association members make more money? Yes, but it’s not clear why.

It would be fascinating to be able to demonstrate that professional association membership leads to higher income on the part of the members. The EDM results (p. 109) show that the salaries of EACD members clearly skew higher than non-members: “…membership of the EACD correlates with consistently higher wage performance in all of the salary bands recorded.” (This is also true for the recently-released 2014 ECM data, see page 131.)

Although members make more money, it’s not clear which is the causal factor, or if some other factor, like age or position, might be related to both. Prof. Dr. Zerfass took pains to point out that, “We can only state that there is a correlation… [however] mostly professionals with a high salary and position who are interested in international networking join the European Association of Communication Directors.”

Do people think that organizations are effective? Just under one third say “Yes.”

Is this a good thing, or not? The ECM provides no data from other years on this, so we don’t know if there is any trend over time. In its summary, the ECM describes this overall average as “relatively modest.” Some insight comes in the way these results vary strongly from country to country. Prof. Dr. Zerfass explains:

“For example, in Norway and Sweden nearly everybody is organized in a professional organization… whereas in Germany this tradition has been lost during the last two decades – only associations which offer services and value will gain members… At the same time, the UK [goal] of becoming a chartered professional (by being a CIPR member with an individual accreditation) is very cultural bound and important for consultants and in some parts of the profession, but totally irrelevant for the corporate sector.”

In addition, as Prof. Dr. Zerfass noted above, respondents for whom communicating internationally is important tend to value the EACD higher than those who do not do international communication. Which is not unsurprising, given that international support is the mission of the EACD.

How do members vs. non-members rate organizations? Members like them better.

EACD members were much more likely to rate the EACD as having a high impact than were members of other professional organizations or non-members. This implies that the EACD is a more effective – or at least more appreciated – organization than the others. Of course it might also be that people tend to defend their correctness of their own decisions; after someone makes an effort to join an organization, they will tend to view it as valuable.

Professional organizations need to promote themselves.

What conclusions can professional organizations draw from these results? The report states that, “The figures show… that any association has to improve its visibility and explain its role in institutionalizing strategic communication to those working in the field.” Prof. Dr. Zerfass explains:

“Only a minority of professionals across Europe believe that professional associations have a high impact… This means that associations overall are not doing a good job in explaining what they are doing and why they are needed (from our point of view).”

What functions of European professional organizations are most or least important?

Professional organizations do not always have resources sufficient to undertake all the projects they’d like to. So a survey like this one can help them learn which of their functions are most appreciated, and where to focus their efforts.

ECM respondents were asked to rate specific functions of professional organizations as to their importance. Results were, highest to lowest:

How does the IPR stack up against the European wish list of organizations’ functions?

This post has been written for the Institute for Public Relations (IPR), an organization that focuses on “…research that matters to the practice, providing timely insights and applied intelligence that professionals can put to immediate use.” It’s only natural to wonder how the IPR compares to what the ECM has identified as desirable functions of professional organizations. Before going further, let’s note that the U.S.-based IPR, an independent non-profit, differs in many ways from the European professional organizations studied by the ECM. So, while it will be fun to see how the IPR stacks up against the European wish list, the comparison will be, literally, a bit farfetched.

The first point of obvious interest is that ECM respondents placed “supporting academic research” near the bottom of their priorities, whereas the IPR’s mission is to promote research. Does this mean that European comms pros would not appreciate what the IPR offers?

Not so fast. The IPR divides its mission into five distinct roles, including:

These roles, as described on the IPR site, explicitly include each of the five functions that the ECM identified as of highest priority (see above).

And so it seems — at least from the admittedly very distant view from Europe — that the IPR is doing most things right. Given their research mission, the IPR appears to be functioning in just that way that European comms pros claim to find desirable in a professional organization.

Bill Paarlberg is the editor of The Measurement Standard and has been editing one newsletter or another about public relations measurement since 1992.