This paper explores public relations training for adult learners working in an applied field. Specifically, the approach to public relations training was considered in a global context. The study looked at a decade long project initiated by the U.S. State department. The project focused on training multinational staff at U.S. posts to better tell the American story to global audiences, including worldwide populations, media, and key global stakeholders. The population of this study included 85 practitioners from 27 different countries. 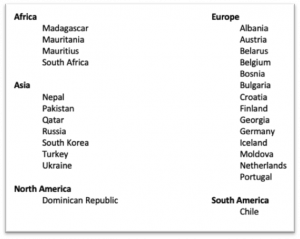 The training dimension of this project was delivered to global groups of varying composition. In some instances, all training participants came from the same country. In other training sessions, participants came from multiple countries. In all instances, the focus of the training employed was driven by an active learning approach. Training participants were given project-based scenarios instead of general theories of public relations. Sessions emphasized creating and developing planned tactics based on the organization’s strategic focus. As such, sessions were fundamentally workshops, rather than lectures. A problem/solution approach based on collaboration defined this project, with a facilitator providing informed guidance (rather than overt direction).

These two aspects of the project, active learning of public relations and the effect of diversity on training outcomes, were both studied in the paper.

Outcomes Related to Diversity of Training Groups
Mean differences on assessed training items suggested a more enriching experience with better outcomes for multinational (rather than homogeneous) groups in most assessed areas. 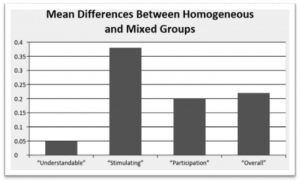 D&I Implications
Findings from this research indicate that public relations collaboration and problem solving benefit when teams are constructed with an eye towards multiple perspectives including different global and cultural backgrounds. Diversity in public relations practice was shown to benefit training and enhance the engagement with produced outcomes. Narrative comments from training participants in the study support that a focus on D&I strengthens an organization’s overall public relations mission.