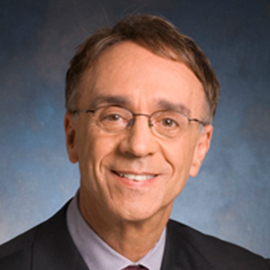 Kenneth D. Makovsky is President of Makovsky, one of the top 25 public relations firms in the U.S. The company, founded in 1979, is headquartered in New York, with divisions in financial & professional services, health, technology, investor relations and interactive services Mr. Makovsky also is a founder and past president of IPREX, the third largest global network of public relations firms in 56 cities and 23 countries.
Makovsky & Company has been recognized by a leading industry magazine as one of the top “Business-to-Business Marketing Agencies” and “Investor Relations Firms” in the U.S., and is often cited among the “Best Managed Agencies in the U.S.” Mr. Makovsky also has been named a “PR All-Star” and the top business-to-business counselor in the public relations industry.

His articles on public relations have been published in professional journals, and he has lectured before universities, associations and international corporations. Mr. Makovsky is listed in Who’s Who in America and Who’s Who In Industry & Finance, and Inc. Magazine named him a finalist in its “Entrepreneur of the Year” awards program.

Mr. Makovsky holds a Juris Doctor degree from Washington University School of Law in St. Louis, Missouri, as well as a Bachelor of Arts from the University.