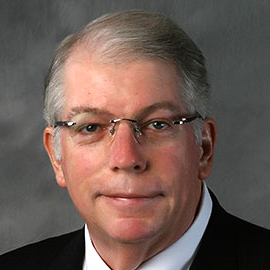 Patrick Ford became Burson-Marsteller’s vice chairman for client service in 2012, following six years of driving extraordinary growth in North America as regional president and chief executive officer. He also serves as chairman of the firm’s Asia-Pacific region – with its 18 offices and 11 affiliates. Mr. Ford has advised a wide range of clients on corporate reputation management, senior executive positioning, media strategy, and crisis communications during a 25-year career at Burson-Marsteller.  His work has spanned diverse industries such as automotive, energy, financial services, food and beverage, management consulting, technology, telecommunications, and utilities.

Before joining Burson-Marsteller, he served as vice president for external affairs at the American Enterprise Institute for Public Policy Research in Washington, DC, following a brief career as a newspaper reporter.

Mr. Ford serves on Board of Trustees of the Institute for Public Relations, an international organization that supports PR research and education.  He also is a member of the Advisory Board of the Scripps Howard School of Journalism at Hampton University in the United States.