As communicators who work on behalf of a range of organizations to educate, engage and mobilize individuals and communities, trust matters a lot to us. Trust is something that is earned over years and decades. It is invaluable. Without trust, the relationships we strive to build and strengthen lack a foundation. Trust is crucial as shown in the 2019 Institute for Public Relations Disinformation in Society Report.

While we agree on that, there is little consensus about what constitutes disinformation. If you have family members who hold these different worldviews, you might have seen this play out in person. Two people can witness the same exact thing – a news story, a Supreme Court decision, a talk show host’s monologue – and have completely different impressions. It’s like calling balls and strikes, but everyone has their own idea of where the strike zone should be.

We were given an opportunity to review the full results of the survey, which included a breakdown of how people who identified themselves as Democrats responded and were able to compare it to how people who identified themselves as Republicans responded. We’re not allowed to cite specifics, but let’s just say the differences are stark and disturbing. It is clear that a large portion of the population who identify as Republicans have extremely low regard for the accuracy of virtually any media other than Fox. Meanwhile, a majority of Democrats believe Fox is responsible for spreading disinformation.

The President’s unrelenting attacks on traditional news media appear to have had a major impact on how Republicans feel about news coverage from national outlets. A majority of Republicans believe outlets such as CNN, the New York Times, Washington Post, ABC, NBC and CBS are somewhat or very responsible for spreading disinformation. On the other side of the coin, nearly three quarters of Democrats believe the President is responsible for spreading disinformation.

This is not a huge discovery. We’ve known for a generation that political division is straining America’s social fabric. Illustrating this is the fact that respondents identified the most trustworthy sources of information to be family (74 percent), people like me (72 percent) and friends (70 percent). We rely on our tribes to help us interpret information and events. Those outside the tribe are met with suspicion. Only 30 percent of Americans said people not like themselves could be trusted to provide accurate news or information.

So much for diversity.

In our work with organizations involved in healthcare and science, we have seen that there is growing distrust of institutions. The newly released Wellcome Global Monitor, conducted by Gallup World Poll on behalf of London-based biomedical charity the Wellcome Trust, found that just 26 percent of U.S. respondents have high trust in scientists. That’s lower than respondents from Northern Europe and Central Asia. It’s one thing not to think scientists are particularly trustworthy, it’s another thing to be arrogant. Americans are more likely than any other country to say we know ‘a lot’ or ‘some’ about science.

Let that sink in.

From a public relations perspective the challenges that are mounting are immense. Some brands continue to link with celebrities to tell their stories. This study suggests doing so comes with huge potential downside for a large portion of the population. When asked how much they trust celebrities to provide accurate information, 72 percent said not much or not at all.

When people are more likely to believe their friends and family more than any other source, our mission becomes finding ways to penetrate that small sphere of influence. Word of mouth and positive customer experience – already extremely powerful – become even more important.

We’ve known for a longtime that micro wins – whispers that turn into buzz – are essential. Mass marketing has given way to highly targeted engagement campaigns that inspire individuals to post to their social media – reaching their friends and family – about why the feel strongly about what we’re advocating or about their positive experiences with a brand.

As educators and advocates, what some have described as the ‘post truth era’ is upon us. True and false are no longer binary, but are seen as a spectrum. Is this temporary or a permanent tear in our social fabric? While it will surely have considerable consequences in terms of how we strategically connect with individuals and communities, we can’t claim to have the answers just yet. 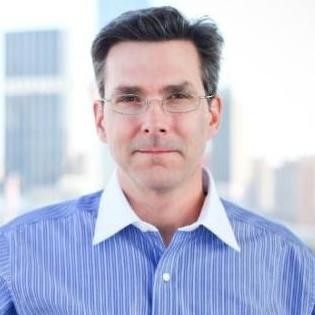 Daniel Keeney, APR is president of DPK Public Relations (www.dpkpr.com), which helps organizations protect and enhance their reputation through strategic communications, crisis planning and spokesperson training. He can be reached at dan@dpkpr.com or 800.596.8708.