Posted on June 22, 2021 by Institute for Public Relations

Gainesville, Fla. – The Institute for Public Relations is thrilled to announce the addition of five new Trustees to its Board: 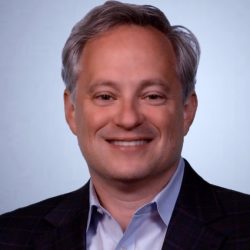 In January 2020, Jonathan Adashek joined IBM as Chief Communications Officer. He is responsible for overseeing the company’s Global Communications and Corporate Citizenship organization, including internal and external communications as well as content creation, strategic events and positioning, social media and citizenship activities. The team operates across more than 170 countries globally.

Since the beginning of 2020, Jonathan has led the communications surrounding the company’s CEO transition, managed global engagement around the company’s response to COVID-19 and social issues among other topics.

Before joining IBM, Jonathan was employed at Renault Nissan Mitsubishi Alliance in Paris where he was the Alliance Global Vice President, Communications.

His prior positions include: Chief Communications Officer at Nissan Motor Co. in Yokohama, Japan; General Manager, Communications Strategy at Microsoft; and Executive Vice President and Global Client Relationship Manager at Edelman — where he worked with a variety of clients including Microsoft, Starbucks, Walmart, and the United Arab Emirates government.

He brings governmental and political experience having worked in the Clinton Administration, the White House and Treasury Department as well as with multiple U.S. presidential campaigns.

A graduate of University of Wisconsin-Milwaukee, Mr. Adashek earned a Bachelor of Arts degree in Political Science.

An avid music fan, Jonathan can be caught quoting lyrics to some of his favorite songs during meetings. He currently lives in Westchester County, NY and in his personal time, you can find him with his wife Jeannie, their two kids and their dog Jerry. 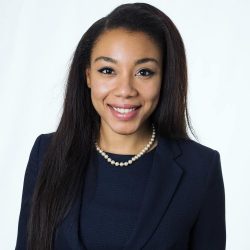 In her spare time, she is an investor and advisor to two early stage companies; sits on the National Advisory Board for Yellowstone National Park’s foundation; the Board of Directors of The Harbor Sciences & Arts Charter School; the Steering Committee for the Young Fellows of The Frick Collection Museum; the President’s Council of The Gilder Lehrman Institute of American History; and the Alumnae Board for the Princeton Tigerlilies. She is also a Founding Member of Chief, a private club for senior women executives. Arielle graduated with an AB in Classics from Princeton University. 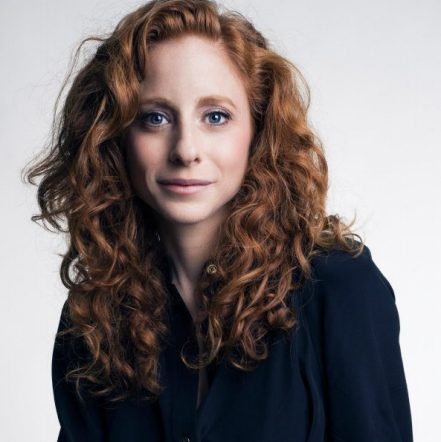 Diana Littman is on a personal mission to reimagine what public relations can accomplish — especially when data, culture and creativity are at its core — and what a communications agency looks like. As CEO of MSL U.S., Diana leads the award-winning agency known for its sophisticated earned and influencer engagement work and world class client roster including Procter & Gamble, GM, Lilly, J.M. Smucker, Lilly, Gilead and KitchenAid to name a few. With deep expertise in corporate and brand communications alike, MSL is a fundamental part of Publicis Groupe’s integrated model.

Since joining MSL two years ago, Diana and her teams have pushed category boundaries, changed conversations and culture, and delivered meaningful reputation and business growth through marketing driven communications and communications driven marketing. From its Leadership Index that help propel executives into industry visionaries to its investment in a fluid and advanced tech stack for real impact to its commitment to improving diversity and inclusion in the influencer marketing space, Diana’s entrepreneurial spirit and obsession with accelerating transformation runs through the agency’s DNA.

Diana was named to the PRWeek Power List consecutively in 2019 and 2020, and she is a two-time honoree of the PRWeek and MM&M Health Influencer 50. In 2020, Diana was named to PRovoke’s 15 to Watch List. Under Diana’s leadership, MSL was recognized as PRovoke’s North America Consumer Agency of the Year in 2020, and in 2021, the agency was shortlisted as PRovoke’s North America Digital Agency of the Year. Her clients and work have been widely recognized in the industry with SABRE Awards, Effie Awards, Cannes Lions, PRWeek Awards, MM&M Awards and many more.

Prior to joining MSL, Diana was Chief Integration Officer (a first-in-the-industry role that is now ubiquitous) at Marina Maher Communications/Omnicom focused on reinventing the way public relations works with marketing, data, digital and creative driving her passion for delivering bigger programming and bigger impact. She also spent a decade at Cohn & Wolfe/WPP (now known as BCW global). 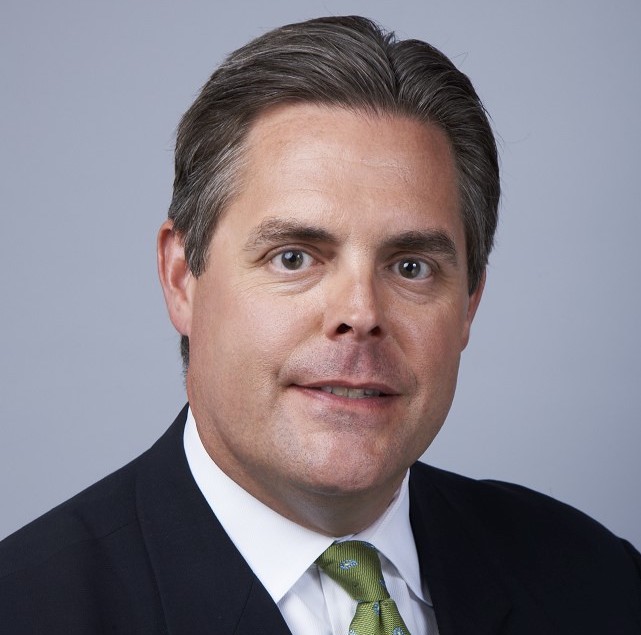 Peter currently is Senior Vice President-Head of Media Relations and CEO Communications at Citizens Financial Group. A member of the company’s Executive Leadership Group, he leads media relations, executive visibility, thought leadership initiatives, and crisis response programs, as well as initiatives to highlight the company’s progress and commitment in the area of corporate social responsibility.

Prior to Citizens, Peter was Vice President, Corporate Communications for Covidien, a global medical device manufacturer now part of Medtronic, where he led all aspects of the company’s external and executive communications, financial communications, thought leadership and social media programs.

Before joining Verizon, Peter was Director of Corporate Communications for MCI, Inc. That role included playing a leading role on the crisis team supporting the WorldCom financial restructuring, at that time the largest-ever corporate bankruptcy, as well as competitor efforts to force the company into liquidation and MCI’s subsequent acquisition by Verizon.

Peter retired from the Army National Guard after a 22-year career as an infantry officer, most recently holding the rank of Major and serving as Deputy Director of Public Affairs for the Commonwealth of Massachusetts. Other positions held include Brigade Operations Officer, Light Infantry Company Commander and Rifle Platoon Leader. 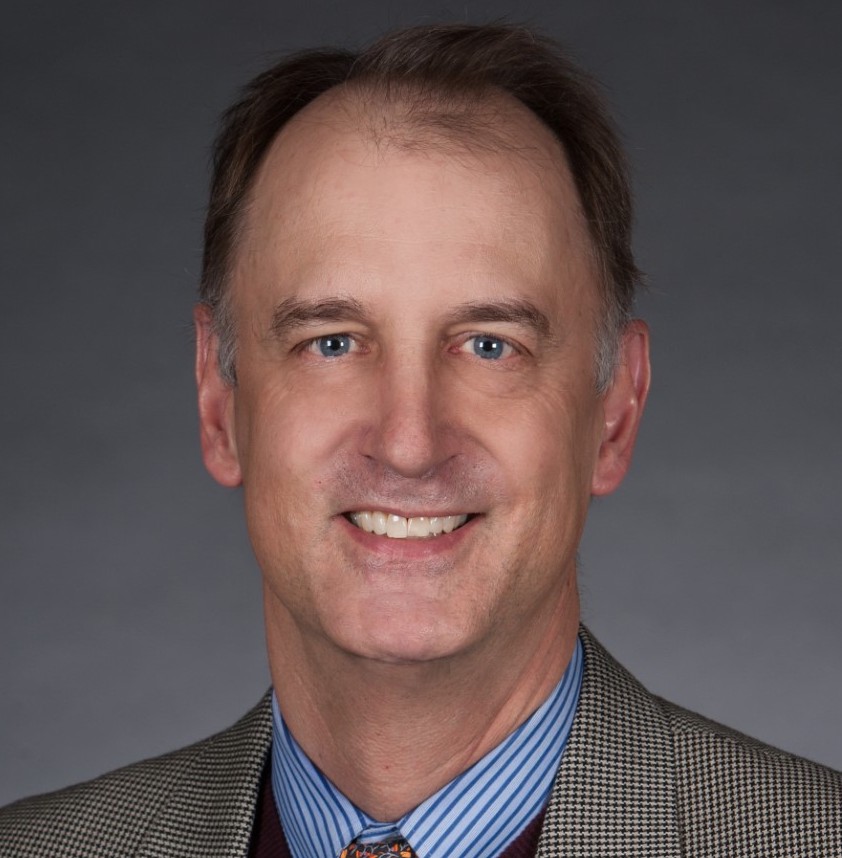 Arthur Hodges is chief of staff and executive vice president of communications at CoBank, a Denver-based financial services institution with over $150 billion in assets serving agribusinesses, rural utilities and other business customers across the United States. Mr. Hodges has responsibility for the bank’s corporate communications, government affairs, economic research, strategic analysis and corporate social responsibility programs.

Previously, Mr. Hodges served in senior corporate communications roles at ProLogis, a global industrial real estate company, and Level 3 Communications, a global Internet service provider. Earlier in his career he was a journalist with a number of daily newspapers and other print publications, including the Denver Post. He was on the team of reporters and editors awarded the Pulitzer Prize for the Post’s coverage of the Columbine High School shooting in 1999.

Mr. Hodges is a graduate of Harvard University.

About the Institute for Public Relations
Founded in 1956, the Institute for Public Relations is an independent, nonprofit foundation dedicated to the science beneath the art of public relations.™ IPR creates, curates, and promotes research and initiatives that empower professionals with actionable insights and intelligence they can put to immediate use.  IPR predicts and analyzes global factors transforming the profession, and amplifies and engages the professional globally through thought leadership and programming. All research is available free at www.instituteforpr.org and provides the basis for IPR’s professional conferences and events.