Gainesville, Fla. – The Institute for Public Relations is thrilled to announce the addition of six new Trustees to its Board: 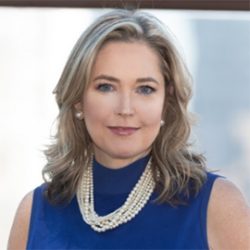 Deidre advises the C-suite on issues such as reputation management, regulatory change, fintech disruption and the role customer experience plays in the industry. She has worked with leading brands.

Deidre is a frequent speaker on the topic of Trust in financial services at institutions, NGO’s, professional/trade organizations and in the fintech community. She has been featured in many top-tier publications, including BBC, CNBC.com, the Harvard Business Review, Wall Street Journal and LinkedIn’s “Currency of Trust” series.

Since 2010, Deidre has served on the Board of the Council for Economic Education, the preeminent U.S. financial services literacy foundation teaching economics and personal finance to K-12 students. She mentors in partnership with the 30% Club. For ten years, she served on the Financial Women’s Association Board. Deidre holds a B.A. in political science from George Washington University. 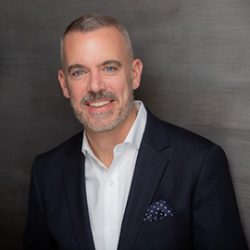 Mike Doyle helps companies tell their stories, connect with the people they care about most and use communications to inspire action. As North American president of Ketchum, one of the world’s top communications consultancies, Mike looks after the client stewardship and business operations for the firm’s largest region. He is the co-chair for Omnicom’s global OPEN Pride employee resource group, and a member of the Arthur W. Page Society’s Page Up community, the world’s leading professional association for senior communications executives and educators.

With more than two decades of experience in the field, Mike has partnered with clients in a variety of industries to advance and protect their corporate and brand reputations.

He began his Ketchum career in the agency’s Washington, D.C. public affairs and issues management practice, where he worked on corporate social responsibility efforts, activist and NGO engagement. Mike has helped clients launch products and services, merge or acquire new companies, navigate issues and crises and determine their purpose in an increasingly competitive, connected and consumer-empowered global society.

Mike’s career has been a long series of valuable experiences, thanks to deep and important client engagements and opportunities. He served as a media consultant to the Office of the Minister of Public Enterprise during the privatization of the Egyptian economy in the late ‘90s. He led Ketchum’s relationship with the New York Stock Exchange during successful and tumultuous times, among them the tragic events of 9/11 and the ouster of the Exchange’s chairman and CEO.

He served as vice president of corporate communications at NBCUniversal, where he led strategic communications for the network’s digital division and international channels and was on a taskforce dedicated to combating piracy and intellectual property theft in the earliest days of that seismic issue. And he was Omnicom’s delegate on the steering committee to create the World Economic Forum’s Partnership for Global LGBTI Equality, supported by the Office of the United Nations High Commissioner for Human rights and launched in January 2019. In 2007, he was named to the first-ever PRWeek “40 Under 40” list. 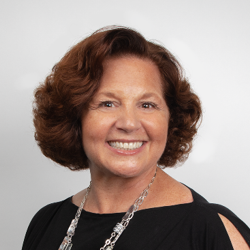 M Booth CEO Dale Bornstein is a passionate and accomplished integrated marketing specialist. With over 30 years of experience building brands, leading transformational change and driving business growth, Dale is known as a “big idea” person with an instinct for connecting talent and ideas leading to agency innovation and winning connections between brands and consumers. After a 25+ year career at Ketchum, Dale took the reins of M Booth six years ago, and led the firm’s drive to integration and expansion, deepening and building new capabilities and recruiting best-in-class talent, resulting in the agency’s most successful period of client acquisition and revenue growth. Recently, the firm entered the healthcare sector with the acquisition of Health Unlimited US and rebranded it as M Booth Health.

Dale believes that people who live inspiring lives do inspiring work. This philosophy is at the core of M Booth’s employee-centric culture, where staff are encouraged to pursue their passions and apply that inspiration to driving client success. She is a tireless culture-bearer fostering a creative, entrepreneurial, fun and rewarding work environment that has been recognized multiple times as one of the industry’s “Best Places to Work” and “Best Mid-Sized Agencies.”

Dale serves on the board of directors for Dress for Success, a global non-profit that empowers women to achieve economic independence, and PR Council, an industry association representing more than 100 agencies. She’s been a key member of the Strategic Advisory Council for the Department of Communications at Cornell University, her alma mater, since its inception in 2005.

Dale was most recently named to the Innovator 25 list and also named to a leading industry Top 50 Power List four times over the last four years. M Booth has won over 50 industry awards since she joined the agency. In 2018, Dale was honored by the Plank Center for Leadership in Public Relations for her commitment to mentoring and inducted into PR Week’s Hall of Femme.  She was also named an Outstanding Alumni in 2013 by her college at Cornell and earned the Department of Communication’s Outstanding Service Award in 2016. 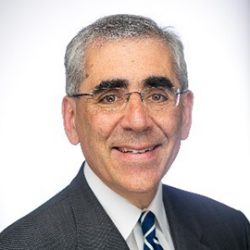 Michael Schoenfeld is the chief communications and government relations officer for Duke University in Durham, NC. He serves as Duke’s principal spokesperson and counselor to the president and trustees on public affairs, issues and crisis management, media relations, marketing, branding and advocacy. He is also a visiting professor of the practice of journalism and public policy at Duke’s Sanford School of Public Policy, where he teaches a course on media and politics.

As the chief external affairs strategist, he directs Duke’s efforts to connect with local, regional, national and global audiences, represents the university before a wide range of constituencies, leads messaging and communications across the academic, health care and athletics units, and oversees Duke’s Washington, DC, center. One of the world’s leading research universities, Duke has 15,000 students, more than 40,000 employees, a regional health care network with three hospitals and academic programs in dozens of countries around the world.

Since coming to Duke in 2008, Schoenfeld has led the transformation of the university’s internal and external communications and implemented a comprehensive digital and social media strategy. He also created a global communications network to advance the university’s priorities around the world, including the launch of new campuses in Singapore and China, and travels extensively in Asia, Eurasia, Europe, and South America representing Duke to government officials, media, business and educational institutions. Schoenfeld is also co-founder and chairman of Futurity (futurity.org), a multimedia consortium of more than 60 leading research universities from the U.S., Canada, the U.K. and Australia.

Schoenfeld previously served as vice chancellor for public affairs at Vanderbilt University in Nashville, TN, from 1997-2008, where he created and led a comprehensive public affairs program that earned multiple honors, including several regional Emmy awards for television production. He was twice named “best public relations executive” by the Nashville Scene, twice named volunteer of the year by the Nashville Chamber of Commerce and received the Otis Floyd Award for Distinguished Service to Education from the Tennessee College Public Relations Association.

Earlier, Schoenfeld was senior vice president for policy and public affairs at the Corporation for Public Broadcasting (CPB) in Washington, D.C. He also held reporting and leadership positions at the Voice of America, including news and sports anchor, Congressional liaison officer, executive assistant to the director, and served as the first director of program development at Worldnet, the United States Information Agency’s global satellite television network. He was honored by the President’s Advisory Board for Broadcasting to Cuba for his work on the launch of TV Marti.

Schoenfeld is a member and secretary-treasurer of The Seminar, a group of senior public relations executives from the leading corporations and nonprofit organizations, and the Page Society. He is past chair of the Durham Chamber of Commerce, vice chair of the WUNC-North Carolina Public Radio board of directors, vice chair/chair-elect of the Triangle Community Foundation, and a member of the board of the Public Affairs Council, the Association of American Universities Public Affairs Network, Full Frame Documentary Film Festival, National Academy of Television Arts and Sciences (Midsouth) and the Regional Transportation Alliance. Schoenfeld is a member of the National Press Club and the Public Relations Society of America.

A 1984 Duke graduate, Schoenfeld received a master’s degree in public policy from the Stony Brook University in 1986. He and his wife Elizabeth, a writer, have one child, Abby, a Ph.D. student at Princeton University. 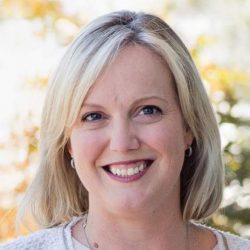 Jennifer is known for building powerful corporate and executive brands that deliver tangible business results. With her inquisitive nature, she gets quickly to the heart of a company’s central questions to prioritize needs, improve performance, and win the trust and confidence of stakeholders. For 25 years, in both public and privately-held organizations, Jennifer has demonstrated a sound understanding of deeply nuanced organizational challenges. She enhances that perspective with an informed external view, making her a trusted advisor to CEOs, peers, and talent at all levels.

Jennifer serves as Chief Communications Officer and member of the Executive Committee for Hewlett Packard Enterprise, a global technology company with $30 billion in revenue and 60,000 team members. Jennifer joined the company in 2018 and reports to the Chief Executive Officer, partnering closely with him on strategic positioning. She is leading a transformation effort and redesigning the Communications team to advance HPE’s narrative, enhance the employee experience, and demonstrate the company’s societal impact. Through a mix of financial, product, executive, and internal communications, she is driving enhanced stakeholder engagement to distinguish HPE in the marketplace and deliver shareholder value.

From 2012-2018, Jennifer was a senior vice president at Wells Fargo, one of the nation’s largest financial institutions with $1.9 trillion in assets. She managed communications for four divisions, including consumer lending, wealth and investment management, corporate risk and information technology. During a period of transformation, she was a key crisis and reputation advisor, lead spokesperson, and team leader responsible for restoring trust with more than 70 million customers and 260,000 team members.

Jennifer graduated from the University of Michigan with a B.A. in Communication. She serves on the Board of the Hewlett Packard Enterprise Foundation and is a member of World 50’s Communications 50, the Arthur W. Page Society, and the National Investor Relations Institute. She lives in the San Francisco Bay Area with her husband and two sons. 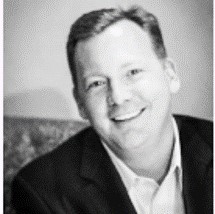 Overall, Michael is a communications executive with a proven track record of success in designing and executing highly visible communications and messaging initiatives that achieve strategic business objectives. His management style and work philosophy are guided by simple ideals: Say what you mean, do what you say – and never ask anyone to do something they wouldn’t see you do.