This post appears courtesy of Cision. The full study can be found here.

With the rise of “fake news,” fact-checking and overall circulation of misinformation, a major trend presented itself in Cision’s 2017 State of the Media Report: journalists are extremely concerned with the public perception of their industry.

Insights from 1,550 of North America’s top journalists and influencers point toward a severe dip in trust. Ninety-one percent of journalists believe the media is somewhat or much less trusted than they were in past years. This lack of trust aligns with the 2017 Edelman Trust Barometer, revealing trust is at an all-time low.

Executive brand voices hold more of the public’s trust than the media, a reversal compared to previous findings.

Cision’s study delves into what makes journalists tick, including reports on pitching preferences, facts vs. feelings in stories and how journalists choose to pursue stories among others.

Also discussed in the study were the strides made toward the digital and social media migration. State of the Media findings show that Facebook has become the leading audience engagement tool. The need for brands to communicate across multiple channels has grown in importance with the rise of independent media influencers (bloggers, social media personalities, etc.). 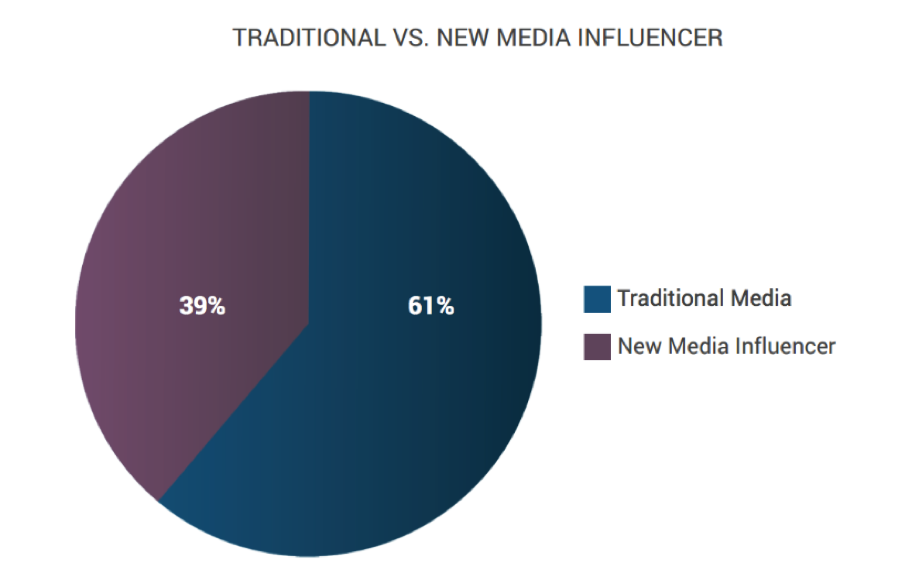 The results of this study indicate a needed change. The report suggested that, “journalists, publishers and brand communicators need to continue to provide relevant, authoritative, accurate content to the public in order to preserve and rebuild consumer trust.”

Cision conducted its 2017 State of the Media Survey during a three-week period between January and February 2017. Surveys were emailed to members of Cision Media Database, who are vetted by the company’s media research team to verify their positions as media professionals, influencers and bloggers. This year’s survey collected more than 1,550 responses from journalists, editors, influencers and producers. Of those, 200 work in Canada and 1,350 work in the United States. Of these respondents 960 are traditional media professionals, such as reporters, editors, producers, radio hosts and broadcasters. Of the non-traditional media professionals, 340 identified as Internet video and social media publishers.

Cision is a leading media communication technology and analytics company that enables marketers and communicators to effectively manage their earned media programs in coordination with paid and owned channels to drive business impact. As the creator of the Cision Communications Cloud™, the first-of-its-kind earned media cloud-based platform, Cision has combined cutting-edge data, analytics, technology and services into a unified communication ecosystem that brands can use to build consistent, meaningful and enduring relationships with influencers and buyers in order to amplify their marketplace influence.