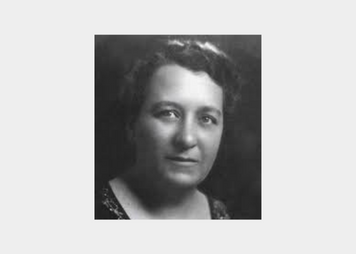 This summary is provided by the IPR Center for Diversity, Equity, and Inclusion

Only recently has the public relations profession acknowledged the contributions of Belle Moskowitz (1877-1933). Moskowitz held many roles, from social progressive/social worker/educator, to legislative activist, to labor relations expert, to PR director for New York/New Jersey’s Port Authority, and campaign manager for Al Smith, the first Catholic to seek the presidency. As a PR innovator, she used film (a new medium at the time) for public relations on behalf of the Port Authority.

A first generation American, her career began in the Lower East Side’s impoverished immigrants’ “melting pot,” pushing for protections for vulnerable girls and exploited factory workers. She worked with Bernays; they jokingly sparred about who coined the term “PR counsel.” Moskowitz lost her husband, architect Charles Israels, at a young age and single-handedly supported three children. She wrote articles and campaigned for progressive reform. Her women’s suffrage movement situated her in the same Democratic circles as Eleanor Roosevelt and Francis Perkins (later in FDR’s cabinet). She later married Henry Moskowitz, who was one of the founders of the NAACP. After working on Al Smith’s presidential campaign, Moskowitz opened her own PR firm.

Belle Moskowitz forged a path for women in pro-social change and public relations. Her contributions to the profession, alleviating human suffering, and public affairs were extraordinary. Some have called her “the most powerful woman in America.”

These are some of the many references on Belle Moskowitz

Kovacs, R. (2021-In Press). A Public Relations “Woman of Valor:” Belle Moskowitz as a Strategist for Social and Political Change. In M. Topic (Ed.), Women and Leadership in   the Public Relations Industry: An International Perspective. London: Routledge.