Quest for the California Crown: Lessons for Combating “Dark” PR Stories from the Newsom Recall Election

This blog post is provided by Cassandra Hayes, 2021 Winner of the Cision Insights Award

The world of politics has seen its fair share of dark PR campaigns, where powerful groups have launched targeted investigations and spread warped information to tear down reputations. However, with the ease of message dissemination due to social media—and related difficulty of correcting misinformation—the widespread use of dark PR has become a big worry.

Last year’s recall election against California Governor Gavin Newsom refreshed concerns about political dark PR and its impact on American democracy. Many ridiculed the manufactured nature of the justifications the recall, as the election appeased the ongoing, unsubstantiated claims of mass voting fraud that some Republicans continue to voice after the 2020 presidential election. Newsom survived the recall effort by a sure margin, with 61.9% voting to retain him, but the lingering impact of the recall’s dark PR campaign on the reputation of California and the stability of U.S. democracy continues to echo.

As part of my recent fellowship with Cision’s Insights team, I carried out a narrative analysis to examine the structure, elements, and dissemination of dark PR stories in social media conversations about the Newsom recall election. My analysis provides lessons to guide PR practitioners combating destructive campaigns against individuals, organizations, and brands.

The story elements I uncovered reflect quest narrative structure. As described in Christopher Booker’s book, The Seven Basic Plots: Why We Tell Stories, a quest narrative is when an everyday hero sets out through a hazardous environment to obtain a sacred object or reach a certain location, accompanied by a ragtag crew of friends.

Plots
– Subplots of the dark PR stories specific to the Newsom recall include:
—- Crooked Help (51,760 mentions): Claims that Hollywood elites, Nancy Pelosi, and Kamala Harris had conspired to help Newsom cheat to survive the recall.
—- Media Propaganda (27,400 mentions): In the immediate aftermath of the election, stories spread of votes for Elder disappearing from CNN’s broadcast.
—- The Tyrant (24,740 mentions): stories characterized Newsom as a hypocritical tyrant governor, citing prevalent homelessness, water restrictions, and vaccine mandates.
—- Specter of 2020 (12,550 mentions): Even before the recall vote, stories circulated implying corruption comparable to the 2020 presidential election.
—- Mail-In Voting (10,580 mentions): Claims of a stolen USPS master key and unopened ballots found in a car sparked rumors of voting fraud. After the election, Newsom signed a bill extending mail-in voting, which spurred further rumors he was easing voting fraud.

Setting
– Negative stories relating to the head of a brand, such as Newsom as governor of California, can drive increased engagement with the brand itself. In the weeks leading up to the election, social media discussion of California skyrocketed.
– A brand’s reputation may be damaged by an increase in negative stories relating to the head of the brand, especially in the aftermath of an immediate crisis.
– Pre-election to post-election, sentiment of posts about California became more negative by 10 percentage points.

How to Combat Dark PR Stories

Through my narrative analysis and insight gleaned from Newsom’s strong survival of the recall election, six recommendations for PR practitioners facing dark PR narratives emerge:
1.) Recognize that dark PR stories work through allusions. Combat dark PR through disconnecting references to other conspiracy theories and damaging narratives.
2.) Stay above the fray. Do not fight fire with fire or “feed the trolls.” Instead, consistently promote an alternative narrative without acknowledging the specific content of destructive stories.
3.) Use competing narratives to your advantage. Call attention to the directed and unfair nature of the dark PR campaign to motivate your base (without repeating specific destructive claims).
4.) Have brand reputation management strategies at the ready. Although dark PR campaigns against organizational leaders can be survived, they might dampen the reputation of the organization’s brand as a whole.
5.) Know the distinct qualities of quest narratives. In social media conversations, audience members expect to be active participants in piecing together the full story.

While dark PR stories formed only a fraction of the conversation about the recall election, they often drove peaks in the conversation, increasing audience engagement with the subject and framing how the election was discussed. As noted in this IPR article, ignoring such “digital dark arts” and their implications “can be fatal to a company or business.” Further, in the case of U.S. political elections, dark PR can be deadly to democracy.

Combating dark PR involves telling more constructive stories about individuals, organizations, and societies. Although stories often rely on conflict—struggles, angst, and villains—we don’t have to settle for inflaming more and more division through storytelling. Rather, using the lessons learned from the dark PR stories of the 2021 California recall election, PR practitioners and everyday citizens can combat doomsday narratives of rampant distrust and conspiracy. 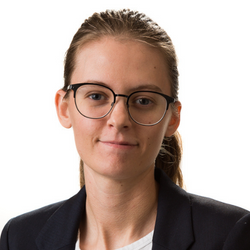 Cassandra Hayes is the 2021 Winner of the Cision Insights Award.