This compensation has received attention by the FTC in November 2019 with their new publication “Disclosures 101 for Social Media Influencers.” Concerned over whether online users really understand the relationship between influencers and the brands whose products they review, the FTC has put forth these new guidelines regarding the degree a social media influencer must disclose his or her relationship with an organization. These new guidelines suggest that influencers must have greater transparency in their online reviews, and disclose the true nature of their relationship with brands.  Compounding this issue is that social media influencers operate in a variety of social media platforms that have different norms of communication (think Twitter versus Instagram).  These different platforms may mean disclosure will look differently depending upon what platform an influencer works within.

The new “Disclosures 101 for Social Media Influencers” is straightforward, and summarizes the FTC’s approach to disclosure requirements.  It also provides guidance for communicators in how disclosures should be made when the influencer has a “material connection” with a brand.  Here are a few of the highlights from the new FTC publication:

Of course, those who are engaging in brand management and social media endorsements should read the full publication by the FTC as it contains more information on the technical aspects of disclosure and the nuances of what triggers disclosures online. The FTC social media influencer disclosure brochure can be found here and its video on the subject can be found here.  More updates from FTC can be found at their Twitter account @FTC.

None of this should be unexpected for the communication field. The Institute for Public Relations first addressed FTC regulations of social media endorsements in 2014. What has changed in the past five years, however, is the awareness of deception on the internet regarding products and services, and the rise of third-party endorsers, ambassadors, and influencers. The FTC has also stepped-up its own investigations into deceptive online endorsements. In 2017, the FTC settled its first social media deceptive endorsement case.[5]  That case involves two social media influencers who promoted an online gaming site without disclosing that they were actually joint owners of the site. In October 2019 the FTC issued a statement about stopping two incidents of deceptive online marketing. The first instance involved a company that sold fake endorsements, including likes and followers, that were used by a variety of organizations, including public relations firms, to boost online reputation. The second was an incident where a company actively posted deceptive reviews that were written by employees posing as customers, which is in violation for the Federal Trade Commission Act.[6]

Communication practice is now in an era where online deception and fake news is a constant concern. Compounding this issue is the reality that peer endorsements and influencers are now, more than ever, one of, if not the, greatest tool to generate awareness of a brand. In the past it has been a truism that the law lags in catching up with technological development. However, what is happening, as evidenced by the FTC’s work, is that law is increasingly regulating norms and behavior online. 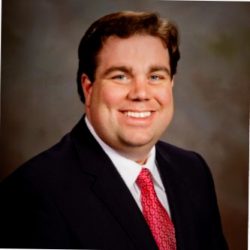 Cayce Myers, Ph.D., LL.M., J.D., APR is the Legal Research Editor for the Institute for Public Relations. He is an associate professor at Virginia Tech’s Department of Communication where he teaches public relations.