The survey of 2,200 Americans, conducted March 25-27, 2020 by Morning Consult, asked about the prevalence of disinformation in the U.S., the parties most responsible for sharing disinformation, the level of trust the American public has for different information sources, and whose job it is to combat disinformation. New in the 2020 report are questions about why people do or do not share certain content on social media, media consumption habits, and the perceived impact of disinformation on society and the election process.

Some of the key  findings include: 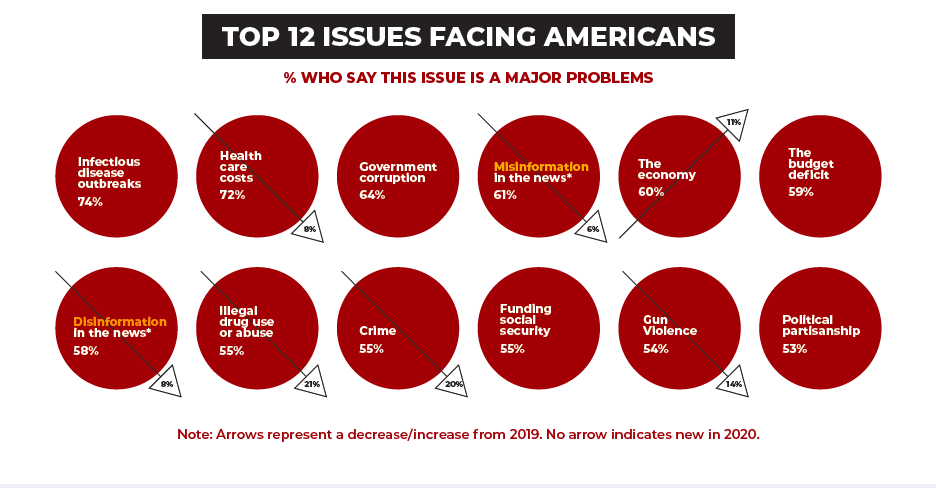 Republicans and Democrats differ widely about the trustworthiness of news sources and various groups with one exception.
Local news sources (broadcast and newspapers) are one of the least polarizing sources for information. Overall, 70% of overall respondents say they have at least “some trust” in local broadcast TV news and 60% trust local newspapers. 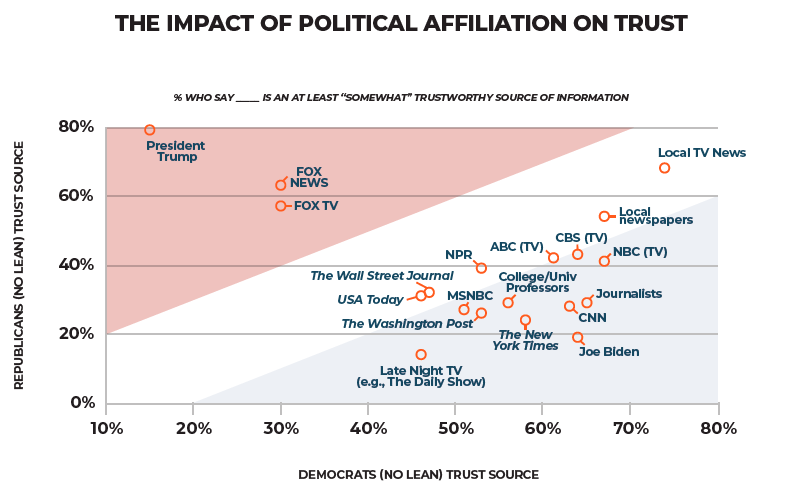 For a detailed analysis and to read all the 12 key findings, please download our report.

Click here to read a letter to the reader, written by Dr. Tina McCorkindale, IPR President and CEO, and Steve Cody, IPR Chair and founder of Peppercomm,  about why researching disinformation is important.

Methodology:
This poll was conducted between March 25-27, 2020, by Morning Consult among a national sample of 2,200 adults. The interviews were conducted online, and the data were weighted to approximate a target sample of adults based on age, educational attainment, gender, race, and region. Results from the full survey have a margin of error of plus or minus two percentage points.

About the Institute for Public Relations
Founded in 1956, the Institute for Public Relations is an independent, nonprofit foundation dedicated to the science beneath the art of public relations™. IPR creates, curates, and promotes research and initiatives that empower professionals with actionable insights and intelligence they can put to immediate use. IPR predicts and analyzes global factors transforming the profession, and amplifies and engages the professional globally through thought leadership and programming. All research is available free at www.instituteforpr.org and provides the basis for IPR’s professional conferences and events.