Two Tales of One Crash: Intergovernmental Media Relations and Agenda Building During the Smolensk Airplane Crash

The role of public relations in crisis communication is well-documented, but its role in politics and international crises is underdeveloped. To fill this gap, a recent study published in the International Communication Gazette explored how the Polish and Russian governments’ communication efforts shaped domestic news coverage of the 2010 airplane crash near Smolensk, Russia, which killed the Polish President Lech Kaczynski and most of his Cabinet.

The crash happened in Russian territory as the purpose of the trip was to visit a mass murder site of polish army officers killed, in secret, by the then Soviet Union government, in Katyn, Russia. Among the questions examined was whether Polish and Russian media were respectively responding to their governments’ narrative about the crash in a manner consistent with that portrayed in official statements. The narrative was looked at in terms of three levels: (1) topics associated with the crash (e.g., issues and stakeholder groups), (2) how those topics were portrayed (e.g., tone, frames, and stakeholder attributes), and (3) how elements of that discourse were tied to each other when mentioned together.

Notably, the findings suggest that while government messages were influential for all three levels of the narrative, that influence was limited when dealing with centrist and opposition media in the two countries. Moreover, it found that it was economic relatedness rather than the similarity of culture or political systems that contributed to the success of governments in shaping the domestic agenda about the crash. There was also variation in terms of effectiveness depending on what level of messaging was considered. For example, the governmental communication in Poland for stakeholder attributes and issue tone was more successfully transferred to pro-government and centrist media than to the news outlets representing Polish opposition. In Russia, the association of stakeholders in government communication was more closely reﬂected in pro-government and centrist media than in opposition media.

There are some important takeaways from this article that can be useful to those public relations professionals, especially those in government and politics. First, the findings suggest that when looking at international political crises outside of the United States, we should not assume that news media in different countries will simply mimic the government’s version of what occurred, even in countries with limited press freedom such as Russia and Poland. For public relations professionals handling political crises abroad, it is important to segment news media outlets in terms of those supporting the regime, centrist outlets, and opposition outlets. Secondly, the effectiveness of government communications on domestic news media should not simply be studied in terms of broad topics but also how those topics are portrayed and how elements of those topics are tied together. An example of this can be seen in the current trade war the United States is going through with China. The narrative regarding this trade war will have one perspective when linking it to a strongly performing economy for Wall Street as opposed to linking it to Midwestern farmers not being able to purchase equipment for their harvests.

Finally, for those who practice international public relations, the results of this research point to how much the political climate in a country as well as a degree of press freedom shape media relationships. Being cognizant of these forces will lead to stronger relationships and reputations between organizations and their publics and stakeholders around the globe. 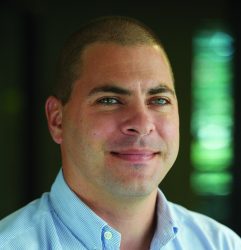 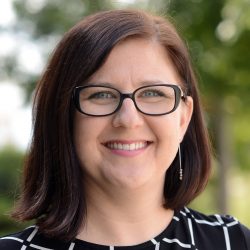 Barbara Myslik is a Ph.D. Candidate at the University of Florida, and a visiting assistant professor at Rollins College in Winter Park, Florida where she teaches public relations and communication classes. Her research interests include a new wave of populism in Europe and the US, agenda-setting and agenda-building theories and political public relations. Follow Barbara on Twitter @barbaramyslik