Because microaggressions make real diversity and appreciation for it impossible, many advocate for organizations to break down bias barriers and I argue that public relations practitioners make the best champions for this work. To make diversity authentic, practitioners should serve as insider activists and inspire positive microresistance and microaffirmations.

It’s been 55 years since U.S. President Lyndon B. Johnson signed the Civil Rights Act of 1964 which outlaws discrimination based on race, color, religion, sex, or national origin at work, in schools, at the voting booth, an in public accommodations. Employment discrimination lawsuits have risen rapidly in recent years, perhaps due to greater awareness (including media coverage), social media, and employer panic in the form of retaliating against employees punished for formally complaining (Lucas, 2019).

Those of us who aspire to witness the end of workplace discrimination and bias based on a person’s social identity dimensions refuse to relinquish hope that the Civil Rights Act of 1964 (Pub.L. 88-352, 78 Stat. 241) becomes a true reality. Globally, macroaggressions and hate crimes persist, as violence against immigrants, girls, women, Afri­can Americans, Muslims, Jews, and LGBTQ community members have risen significantly in the U.S. in recent months (Southern Poverty Law Center, 2017). Googling “how bad are microaggressions in organizations,” the search engine reveals articles in Forbes, Fortune, and The Atlantic among the 361,000 hits of popular press articles and academic research. Clearly, we’re not there yet.

Despite laws and workplace policies that prohibit organizational violence in the form of microaggressions, workers continue to be marginalized and disrespected for their social identity dimensions (and intersectionalities) such as age, culture, ethnicity/race, faith/religion, gender, nationality, sexual orientation, weight, and more.

Reflecting on shaping of a social justice commitment grounded in early reading of PR Journal, especially Marilyn Kern-Foxworth’s (1989) important predictions about ethnic diversity as the future of the field, and the introduction of critical race theory to our body of knowledge (Pompper, 2004), I’ve discovered much over the years from research participants about how painful organizational microaggressions can be and how powerful microaffirmations are in helping to dismantle centuries of organizational hardwiring.

Microaffirmations are messages of excellence, openness, and opportunity rather than messages about deficit and marginalization (Powell, Demetriou, & Fisher, 2013), or, a series of specific actions when involved in a challenging experience or presented with an opportunity. Microaffirmations are positive small works that employees may perform to show one another respect, provide encouragement, foster healthy relationships, and help marginalized people succeed and feel welcome (Rowe, 2008). These tiny acts also include leading rather than pushing, building a sense of community, listening attentively, giving credit where it is due, providing comfort/support in times of distress, and building on strengths/successes rather than focusing on faults/weaknesses (Scully & Rowe, 2009). 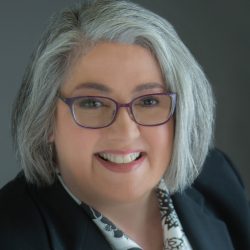