For Best Use of Research, Measurement and Evaluation

Each year, the Institute partners with the New York Chapter of PRSA to recognize standout efforts in the public relations programs that integrate research, measurement and evaluation into practitioners’ professional work. Winners in each category of the Big Apple Awards are eligible to receive the “Best Use of Research, Measurement and Evaluation Award” presented by the Institute for Public Relations.

Best Use for Research, Evaluation and Metrics
Weber Shandwick and dna Communications and Boehringer Ingelheim, Eli Lilly and Company for “For Your SweetHeart: Where Diabetes and Heart Disease Meet” 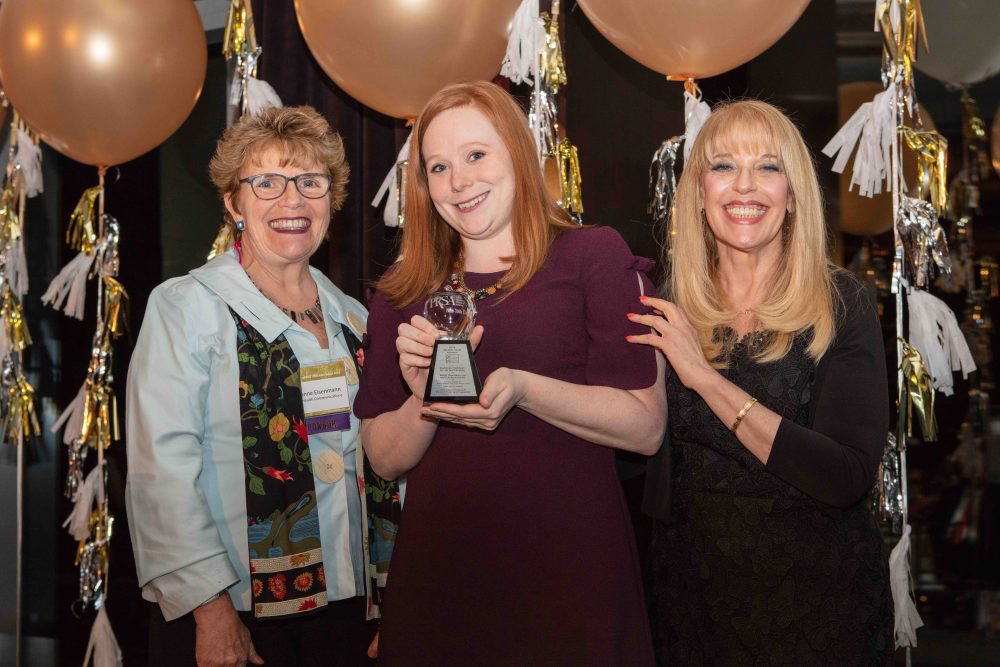 [2017] New York Institute of Technology, Burson-Marsteller and Bank of America

2017 Big Apple Awards for Best Use of Research, Measurement and Evaluation

Coyne PR and Just Born Quality Confections/PEEPS® accepted the 2016 Big Apple’s Best Use of Research, Measurement and Evaluation Award for their work on “How PEEPS® Hopped Beyond Easter and into Other Holiday Celebrations.”

The award, sponsored by IPR and PRSA- NY Chapter of, was presented to Coyne PR and PEEPS® for using research and measurement to create outcomes through public relations on June 2nd at the Mandarin Oriental in NYC.

PEEPS® had been the leader in Easter non-chocolate candy sales for over 20 years, but sought to achieve its long-term “transformational growth” goal by making inroads in candy dominant holidays like Halloween and Christmas.

The brand conducted research on the target audience, mothers ages 25 to 54, and also commissioned an A&U study to learn about PEEPS® consumers’ purchase and usage habits. In addition, Coyne PR used Mintel holiday shopping research to gain insight into the brand’s target consumer.

A media audit was completed to determine which PEEPS® tactics had been successful in the past two seasons, and Coyne PR surveyed the media landscape. This, along with an analysis of the competition, highlighted key opportunities that the brand had not explored previously and shaped the strategies for effective holiday approaches.

“The PEEPS® program, which had already been selected for award-winning work in the general categories, exemplified how research is applied for assessing the business landscape, setting objectives and evaluating performance in terms which clearly connect public relations to business outcomes,” said Mark Weiner, CEO, PRIME Research and IPR Measurement Commission member.

By winning the Big Apple Best Use of Research and Measurement Award, Coyne Public Relations identifies itself as one of the ‘one-percenters’ who elevate our profession through research and measurement.”

PDF: Always #LikeAGirl Turning an Insult into a Confidence Movement

Based on research about how words can affect girls’ self-esteem, Procter & Gamble’s Always created the “#LikeAGirl” movement to empower girls through education during puberty, a time when their confidence is the lowest.

At the centerpiece of the campaign stood a video, capturing how people of all ages interpret the expression, “Like a Girl.” Those in the commercial portrayed the phrase as an insult, holding up a mirror to society at large and showing how damaging these words can be to girls, particularly during puberty.

The video achieved 76 million global views from 150 countries and more than 1,800 earned media placements. The team was able to take a commonly-used insult to capture the subtle yet negative power it creates and ultimately, to inspire a movement that changes the meaning of “like a girl” to mean “downright amazing.”

The next step for Always was to find an even bigger platform to spread their message – air time during Super Bowl XLIX with more than 114 million viewers. After the commercial aired, the “#LikeAGirl” movement secured 1,623 positive placements, 597,261 mentions and more than 150 organic tweets from influential leaders.

According to brand research conducted after this campaign, 81 percent of women ages 16 to 24 support P&G Always to reclaim “like a girl” as a positive and inspiring statement. 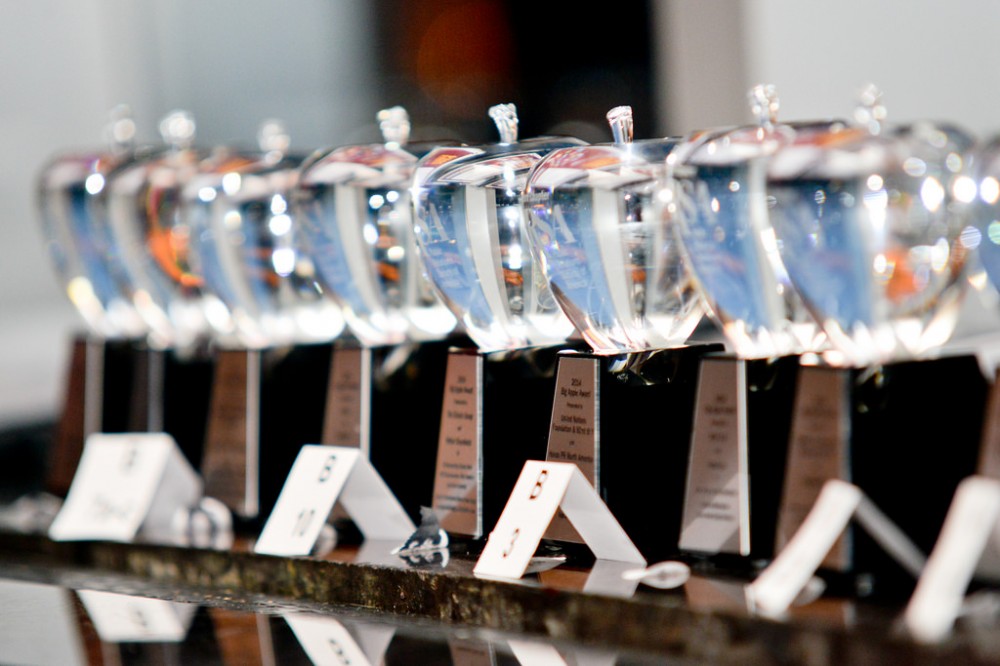 Selected as a PRSA New York Chapter 2014 Big Apple Award recipient, the Institute for Public Relations awarded Ketchum the Big Apple Best Use of Research, Measurement and Evaluation Award for their work with Zoetis.

How is it possible that one of the largest U.S. IPOs since Facebook came from an industry that few people even think about? In June 2012, Pfizer announced it was spinning off its Animal Health unit to refocus on its core business. That gave Pfizer Animal Health (PAH) just eight months to engage investors in the world of pet and livestock medicines before a planned initial public offering in early 2013.

This was a different breed of IPO, sitting at the intersection of two very different industry sectors, pet and livestock health. There were no direct comparables – the spin-off would make PAH the largest independent public company dedicated solely to animal health. And it wasn’t a startup. How could PAH leverage its $67+ billion dollar parent and 60-year history while drumming up excitement for a nimble “new” business primed to take an industry-leading position? To meet these challenges, it was essential to directly and indirectly reach investors across an integrated paid, earned, owned, and shared (PESO) strategy.

SHE: The Untold Story of HIV

HIV is the leading cause of death and disease worldwide among women of reproductive age. Although the number of new HIV infections is declining, the untold story is that the percentage of women living with HIV is increasing. Worldwide, 70% of women have been forced to have unprotected sex, and women are twice as likely as men to contract HIV due to biology, sexual coercion and cultural issues. In Europe, women represent one-third of the 21,000+ new HIV diagnoses. Despite these alarming statistics, information/resources in Europe tend to target men and generally lack relevant information on women-only HIV issues, leaving many women feeling isolated and without hope. HIV advocates highlighted the lack of resources and policies in the EU to answer the specific needs of HIV-positive women. In partnership with physicians and HIV advocates, Bristol-Myers Squibb and Togo Run, the healthcare division of Fleishman-Hillard, sought to address those challenges, empower women by providing resources, and change the European HIV landscape to consider the specific needs of women.

PDF: The Untold Story of HIV

When someone replaces one paper cup with a reusable mug, the action saves seven trees each year. Now consider the 4 billion cups used by Starbucks customers annually and their impact. In a continuing effort to reduce its environmental impact, Starbucks saw this as a powerful way to engage consumers and stakeholders to spark change and enhance Starbucks environmental leadership position. During April 2010, dubbed “Earth Month,” the Edelman New York team, as part of the greater international account team, executed a multiphased integrated communications campaign focused on five milestones that underscored Starbucks commitment to environmental responsibility and customer experience.

North Shore LIJ Health System — “It’s About Choices” Open Enrollment Campaign
Every category winner in the 2010 PRSA New York Chapter Big Apple Awards competition was automatically eligible for this Best Use of Research, Measurement and Evaluation Award sponsored by the Institute for Public Relations. Our judges chose the entry “It’s All About Choices” by the North Shore LIJ Health System, which also won top honors for Internal Communications in the Big Apple Awards.

The primary goal of the public relations campaign was to clearly explain new health plan choices for 16,000 employees and dependents. The objective was to ensure that employees had a solid understanding of the value and selection of their healthcare benefits and to ultimately motivate employees to take action during an open enrollment period.

Our judges chose this winning entry because it was driven by up-front research into audience needs and expectations. Also, the campaign had clear, measureable objectives and the results were quantified – the metrics exceeded all expectations.

Procter & Gamble uncovered UNICEF research revealing one in ten African girls do not attend school during menstruation because of the lack of clean and private sanitation facilities in schools. This disturbing finding was used as the platform for Protecting Futures, a holistic cause marketing campaign committed to raising awareness about the impact the lack of sanitary protection has on a girl’s education in developing countries while generating awareness for FemCare brands Tampax and Always. Program results include a double digit increase in product shipments, funding for improvements to African schools and communities and global expansion of the campaign.

GlaxoSmithKline entered the weight-loss category in 2007 with the introduction of alli, the first and only FDA-approved weight-loss product available without a prescription. Through an integrated, parallel-track program of research, advocacy and patient education, the winners of this award aligned the heathcare community, elite media and overweight consumers behind the need for such a product. The rich mix of research to drive the program and evaluation methodology that isolated the business impact of public relations make this an excellent example.

PDF: Aligning the Healthcare Community, Elite Media and Consumers Behind the Need for alli

We welcome you to review this winning entry as an excellent example of an outstanding research, measurement and evaluation program in public relations. Click on the link below to download the entry and the related presentation in PDF format.

PDF: Bringing the Value of Clean Indoor Air into Focus

What can the new presidential administration do for your company? Learn how @IBM advocated their expectations for their organization to the new Administration from @ThinkBluePR in the latest episode of #InAZoomWithIPR: http://ow.ly/d0Rc50F4Vra

PR Pioneer Bayard Rustin was a Black LGBTQ+ activist, who worked towards the advancement of civil rights, and later in life, LGBTQ+ rights. Read about his legacy: https://instituteforpr.org/pioneer-bayard-rustin-pride/

Join us on 29 June to get the scoop on navigating today’s media landscape with @paigeleidig of @NetBaseQuid and speakers from @UCLA, @InstituteForPR and @SPGlobal https://bit.ly/3d2OuQM #ad

The #PRJournal Vol. 14 Issue 2 is now available! In partnership with @PRSA the PR Journal is dedicated to offering the latest public relations and communication-based research. http://prjournal.instituteforpr.org

Virtual events have offered new opportunities for relationship-building and accessibility through the pandemic and will continue to be a great resource. In partnership with @cvent, learn how to utilize virtual events in our next #IPRWebinar. Register here:http://ow.ly/zHQG50FctW6