“Recognition of an original program of scholarly research”

Description: The Pathfinder Award is given in recognition of lifetime achievement to an individual who has made significant and sustained contributions to the body of knowledge and practice of public relations through published research.

A Pathfinder is a research pioneer who has blazed a trail in a particular area of research that advances the body of knowledge in public relations. The selection committee is particularly interested in candidates whose scholarly contributions have resulted in the publication of major articles, chapters, books, and other outstanding research endeavors that have advanced the field.

The award is for an individual who has: 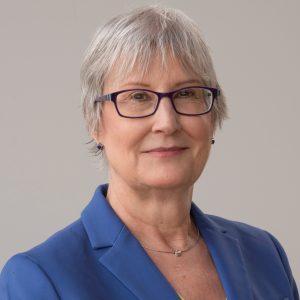 Dr. Zoch pioneered work in qualitative and quantitative research studies on gender issues in public relations, as well as gained respect abroad for her recent work on media relations. She has spent the last 20 years focusing on the intersection of theory and research within the practice of public relations, and is currently working to build predictive theories in several of these areas.

In addition, Zoch has recently coauthored a book, to be released in 2020 by Oxford University Press, Strategic Media Relations in the Age of Information: An Evidence-based Approach. She is the author or coauthor of articles published in a number of public relations, corporate communication and mass communication journals, and has contributed chapters to books on framing, public relations theory and women in public relations.

IPR Trustee and The Pathfinder Award selection committee chair Dr. Donald K. Wright, the Harold Burson Professor of Public Relations at Boston University, said the committee selected Dr. Zoch for her significant impact of her research contributions to the profession.

“Dr. Lynn Zoch is highly respected as one of the nation’s leading public relations scholars for many reasons. She was one of the first public relations professors to conduct quantitative and qualitative studies on gender issues and her more recent work on media relations is respected in North America and overseas,” said Wright. “Professor Zoch also is widely known for nurturing and developing several PR Ph.D students who have gone on to the highest of leadership positions in public relations education.”

Celebrating 65 years of serving as a source for all the latest #research in, on & for #PR. Subscribe to our IPR Research Letter: https://t.co/awmT76jywW

Last chance to submit for #CommsWeek2021!

This is the week for college students to submit their ideas! We're looking for creative answers to the future-of-communications question below. #CommsWeek2021 @RaganComms https://www.commsweek.com/student-contest/

Some countries in Asia are enacting sustainable measures in an effort to be carbon neutral. This has an impact on both company operations and the communications function. Read the report. http://ow.ly/Deh950G90W1

We’re 11 days away from our 65th anniversary and our first ever #IPRGiveDay! Join us as we strive to reach our fundraising goal of $10,000. Take part in IPR Give Day: http://ow.ly/VAf550Gi3RO

What was going on in October 1956? Ask this edition of the Spartan Daily at San Jose State University. Read about when guest speaker Vice President Nixon will be addressing students or where one can purchase a typewriter. http://ow.ly/R6xU50Ghjuh