APPLICATION DEADLINE EXTENDED TO MAY 1, 2020

Criteria
Entries are judged on their contribution to the advancement of research-based knowledge in the field of public relations and the degree to which the research is relevant or has an impact on to profession.

Entries should conform to scholarly study and legal research methods. Potential significance of the study and quality of the research methodology and written presentation are also judged. These should have applicability beyond the confines of a given campus.

Rules
A blind judging procedure is followed, and the following rules will be posted on the website:

Applications should be submitted to Institute for Public Relations at awards@instituteforpr.org 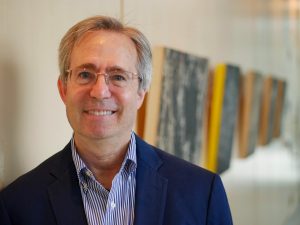 Working closely with his supervisor, Dr. Alex Sévigny, Waxman began to explore whether it was possible for a person to build and maintain a relationship with an artificially intelligent machine, and if so, what that might look like? He was curious about how and to what extent these ‘close encounters’ might affect communications and trust.

Waxman conducted a series of in-depth interviews with various experts including computer scientists, communications researchers, PR agency owners, entrepreneurs, and journalists to hear their insights and ideas and compare and contrast their responses in an attempt to find some overarching themes. Read his full thesis here. 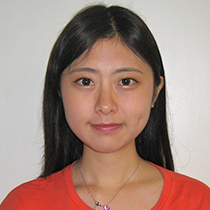 Yufan Qin’s thesis explores negative peer communication of companies on social media and its impact on organization-public relationships. Qin examined how publics’ negative peer communication (NPC) about companies on social media could influence the quality of organization-public relationships through the theoretical lens of socialization and social learning theory. 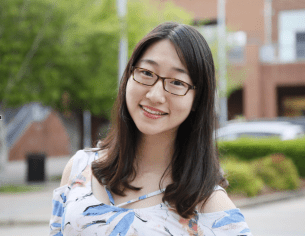 Ruoyu Sun is a recent graduate of the University of Georgia. She won the 2017 Makovsky Best Master’s Thesis of the Year Award based on her work studying source credibility on digital media toward Millennial purchase intention of genetically modified foods. Thanks to the new sponsorship of the award by Makovsky, an integrated communications firm, the award annually celebrates a master’s thesis that most contributes to advancing research-based knowledge in the field of public relations.

Sun’s thesis, “Effects of Source Credibility via Social Media on The Risk Perception and Purchase Intention Toward Genetically Modified Foods: A Cross-Cultural Study between Young Millennials in China and The U.S.” found that long-term communication and education about genetically modified foods to young Millennials are necessary before one can increase his/her purchase intention. Her thesis suggests public relations practitioners in China should have scientists serve as a credible information source to inform stakeholders about the benefits of GM foods. In the U.S., a mixed approach of scientists and government was found to be more effective.

Catherine Sheldon, University of Georgia
“Image Repair on the Political Front: An Experiment Testing Effects of Communication Strategy and Performance History in a Political Faux Pas”

David Youngmeyer, University of Maryland
“The Development of Reputational Relationships and Perceived Sources of Out-Group Attitudes in the Professional Socialization of Journalism and Public Relations Students”

Rocky Cabagnot, University of Florida
“Celebrities and the Right of Publicity: A Study of Economic Damage and Moral Rights”

Tina Carroll, University of South Alabama
“How Public Relations is Perceived and Taught in MBA Programs: A Survey of Business School Professors”

Kimberly Gill, University of Florida
“Seeing the Forests for the Trees: Communication and Relationship Building Tactics of Activist Groups and Forest Products Companies”

Christopher Knaus, Washington State University in Pullman
“The AIDS Memorial Quilt on a College Campus and its Implications: An Analysis of the Effectiveness of Alternative HIV Prevention Education and Awareness Building Events”

Eric Haley, University of Georgia
“The Relationship of Organizational Structure and Communication: A Study of Daily and Crisis Communication Activities of Hospitals”

Barbara Lynn Wetherell, University of Maryland
“The Effect of Gender, Masculinity, and Femininity on the Practice of and Preference for the Models of Public Relations”

John Gibbs, University of Florida
“An Evaluation of Grunig’s Decision-Situation Theory of Communication”

Mark E. Cattell, University of Georgia
“An Assessment of Public Relations and Issue Management in Relation to Strategic Planning in American Business Corporations”

[1983] James B. Cook, University of Wisconsin-Madison

*Northwestern Mutual sponsored the Best Master’s Thesis of the Year award through 2010. Makovsky began sponsoring the award in 2017.

In this latest installment of “Lessons Earned” with @PRNews, @MBoothAgency CEO @DaleBornstein discusses how to unleash the superpowers of your staff and help employees build their careers. Read her insight here: http://ow.ly/ie1550At2Ik

Mark your calendars! On September 3rd, our own @jrkatz, among other executive search experts, will be discussing their predictions on the future of the communications field and, accordingly, how companies will hire. #IPR #hiring https://twitter.com/InstituteForPR/status/1282662228752244738

Jessamyn Katz (@jrkatz) of @HeymanTeam, Jamie McLaughlin of @JWMTALENT and Richard Marshall of @Korn_Ferry will discuss what the future of hiring in the comms industry looks like. For more information on this year’s speakers: http://ow.ly/9rrP50AiWZj

.@pewresearch found that Black, Hispanic and White adults feel the news media misunderstands them, but cite different reasons for this misunderstanding. What this means and why this is important: http://ow.ly/P8N250At2zy