The award supports and encourages undergraduate and graduate students interested in applied public relations research as a career opportunity.

The Institute for Public Relations awards the Grunig PRIME Fellowship on an annual basis, sponsored by PRIME Research. The Fellowship is named for James E. Grunig and Larissa A. Grunig, professors emeriti, University of Maryland.

Address for Submissions: Email to the Institute for Public Relations at awards@instituteforpr.org 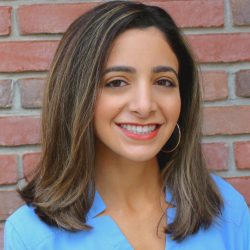 Alexis Bajalia, a Ph.D. student at the University of Florida, was recently named the 2019 Grunig PRIME Research Fellowship recipient. The Institute for Public Relations awards the Grunig PRIME Fellowship on an annual basis, sponsored by PRIME Research, to promote applied communications research as a career choice.

Bajalia spent her fellowship in Ann Arbor Michigan researching measurement within public relations and how PR professionals can better utilize measurement in their practice. She will be presented an award at this year’s 58th Annual IPR Distinguished Lecture and Awards Dinner in New York City. 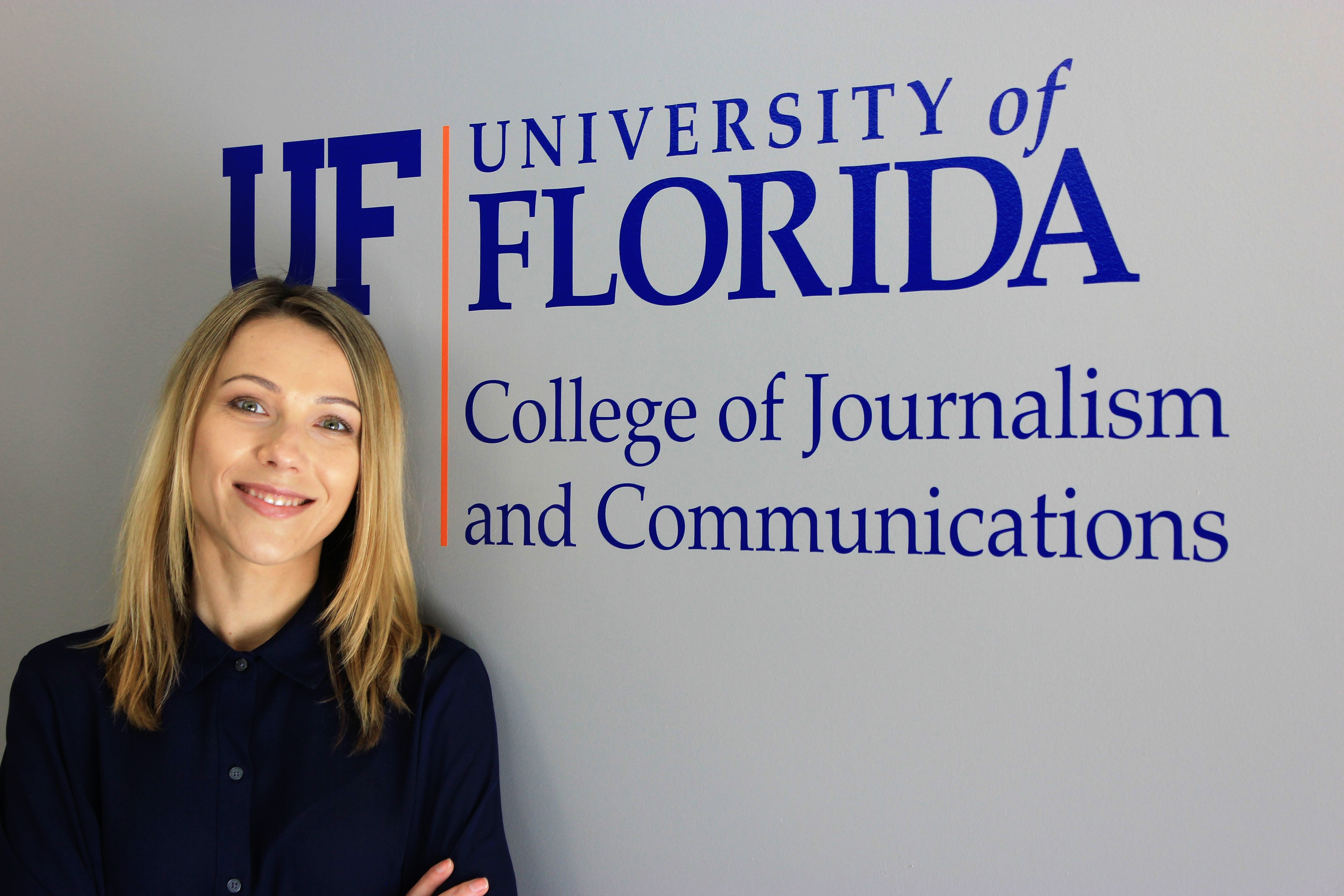 Liudmila (Mila) Khalitova, a Ph.D. candidate at the University of Florida, was recently named the 2017 Grunig PRIME Research Fellowship recipient. The Institute for Public Relations awards the Grunig PRIME Fellowship on an annual basis, sponsored by PRIME Research, to promote applied communications research as a career choice.

“It is a great honor for me to become a recipient of the Grunig-PRIME Research Fellowship this year,” said Khalitova. “This accomplishment would have never happened without the help and infinite support of Dr. Spiro Kiousis, the faculty members and staff at the University of Florida, my colleagues Barbara Myslik and Daniel Pimentel, and my teachers at Voronezh State University in Russia. I am grateful to all of them for believing in me, and for everything they have done.”

Sylvia Jiankun Guo, a Ph.D. candidate at the University of Maryland, has been named the 2016 Grunig PRIME Research Fellowship. The Fellowship, now in its seventh year, promotes applied communications research as a career choice.

“I am both excited and grateful to be selected as the 2016 Grunig PRIME Research fellow,” said Ms. Guo. “I look forward to learning from my fellow researchers and consultants at PRIME, and exploring the business and social value of public relations in the changing media landscape. This fellowship offers a great opportunity to connect research and practice.”

Who is Leading Whom in the General Motors Recall: Understanding Media Impact on Public Relations Efforts, Public Awareness, and Financial Markets

Purpose of the Study

The recall by General Motors (GM) in 2014 was one of the largest crises in the history of the automotive industry. According to The Guardian (2014), U.S. Attorney Kenneth Feinberg announced 229 deaths and 1,986 injury claims had been made in December 2014 as more than 16.5 million cars had been recalled for ignition-related defects (Ivory, 2014).

This study investigated the antecedents (i.e., GM trading volume, press releases), agenda-setting (i.e., public awareness) and agenda-building process (i.e., corporate coverage, product coverage), and consequences (i.e., stock price) of news coverage in the GM recall. Agenda-building and agenda-setting theory relate to how influential the media or a corporation are on setting the public or media agenda. After conducting an extensive literature review, the author proposed a model to test the relationships among the variables (see study).

Data were collected from January 1 through December 31, 2014 from four searchable databases including trading volume and share price on Yahoo Finance, press releases on the GM official website, news coverage from Factiva, and public awareness using Google trends. Specifically, data on news coverage were available from PRIME Research, which is one of leading global companies in media analysis since 1987. To analyze the causal relationships among GM trading volume, press releases, news coverage on products and corporations, public awareness, and share price in this crisis, a vector auto regression (VAR) model and pairwise granger causality test were applied for data analysis.  These have been widely applied in time series analysis of agenda-setting research.

Results revealed that with the context of the GM recall, media coverage was a useful predictor, playing a strong role as an agenda-setter, and could lead to setting of public and organizational agendas. Therefore, the increase of media coverage led to the increase of other variables, for example, and when more coverage emerged, public awareness of this recall event also increased. In this way, media agenda acts as a predictor, or an agenda-setter of the public agenda. Based on the findings, there are three theoretical and practical implications of the results:

Data supported the impact that media coverage has on public opinion and corporate brand reputation in a crisis. First, the increasing amount of corporate and product news effectively predicted the increase of public attention toward this recall. The media coverage demonstrated a statistically-significant relationship with public awareness which supported the agenda-setting effects in a corporate crisis context. Second, results also showed the media coverage on GM seemed to influence the organization’s public relations efforts, With the heated discussion on controversial issues (e.g., cost- or customer-oriented GM culture) and an increasing amount of negative news (Himsel, 2014), the media coverage about GM superseded the organization’s desire and ability to lead the agenda under high-risk conditions.

Lack of effects on media agenda

This study also found that GM lacked influence on media coverage, which challenged the traditional wisdom of agenda-building theory. When GM began to conduct more accommodative activities such as expanding recalls significantly in February, apologizing to the public in March, and compensating the victims in June, the tonality of media coverage actually became more negative and generated higher visibility from the general public. Several factors listed below could help explain this phenomena.

The first factor could be the timing for crisis responses. As Huang & Su (2009) suggested, timely crisis responses could successfully improve crisis response effectiveness. In the GM recall, this ignition switch problem first occurred in 2001, however, the company did not report this issue officially. These delayed crisis responses left enough time for large quantities of news reporting to frame  the event.

Second, as an organization, GM went through bankruptcy in 2009, reorganized itself, and became a company with a new culture. As the new CEO Mary Barra promised, the new GM was focusing on the safety of customers instead of the cost-driven production in the old GM (Himsel, 2014). However, the restructuring of the company, changes in corporate culture, and the high cost of recalls restrained GM from an active and timely response to the ignition-switch problem, which led to a large amount of negative news coverage before its official responses (Business Insider, 2015).

Third, the nature of the crisis event could constitute another important contingency factor. In the crisis situation, especially within which more deaths occurred, the corporation could easily lose its credibility and draw attention from both media and publics (Sweetser & Brown, 2008). Journalists also attributed the product problem to the corporation itself and intensified the crisis (Putnam & Shoemaker, 2007).

It was well known that this recall occurred because of the quality of products. However, data showed it was not the products that were most frequently reported by the media. Media coverage on GM corporate led its product coverage in this crisis with larger quantities, more negativity, and higher visibility of reports. Moreover, the corporate media coverage led the organization’s agenda through the crisis and journalists framed this crisis as a corporate management issue rather than only reporting it as a product issue. In this way, although GM had differentiated its brands such as GMC, Buick, and Chevrolet, the public awareness focused on the whole company instead of specific products.

The Guardian. (2014, December 1). Death toll from crashes linked to faulty GM ignition switches rises to 36. The Guardian. Retrieved from: http://www.theguardian.com/business/2014/dec/01/gm-faulty-ignition-switch-car-crashe 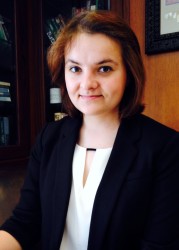 Anna Kochigina, a master’s student at the University of Oklahoma, will work at PRIME Research’s Ann Arbor, MI, office for six weeks this summer. Receiving a $5,000 stipend and free walk-to-work lodging, she will learn more about public relations research, including data collection, data analysis, interpretation of research results, and consultation.

Looking forward to enriching her knowledge and demonstrating what she has already learned, Kochigina said she is grateful for the selection committee’s belief in her and the education she received from her university’s faculty. 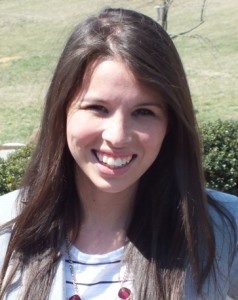 As social media becomes increasingly ubiquitous, organizations are looking for the best way to use these new communication tools. Social media sites like Facebook and Twitter present numerous opportunities to organizations for sharing information, engaging with the public, and monitoring discussion. This article examines the relationship between news values, press releases, and social media. Specifically, the researcher looks at six months of press releases from a Fortune 500 company and relevant posts from the public on Twitter to ascertain whether the number of news values and presence of particular news values in a press release affect the volume and sentiment of conversation on Twitter. The researcher found that certain news values do predict greater conversation and better sentiment on social media, and that a higher number of news values present in a release also predicts a higher volume of conversation on Twitter. 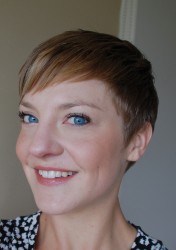 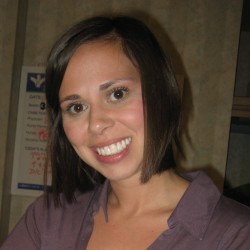 GAINESVILLE, FL – March 28, 2011 – Shana Meganck, a second-year PhD student at Virginia Commonwealth University, is this year’s winner of the Grunig PRIME Research Fellowship. The fellowship − named for James E. Grunig, Ph.D., and Larissa A. Grunig, Ph.D. − is presented by the Institute for Public Relations (IPR) and sponsored by PRIME Research.

“We are delighted to have Shana Meganck as the third recipient of the Grunig PRIME Research Fellowship,” said Mark Weiner, CEO for PRIME Research in North America.  “The Fellowship aims to foster interest in public relations research as a career path; Fellows take an active role in providing research-based consulting for PRIME’s global clients.”

“We congratulate both Shana Meganck and PRIME Research for what we believe will be a mutually beneficial relationship,” said Jim Grunig. “Selected from a strong field of applicants for the 2011 PRIME Research Fellowship, Ms. Meganck will glimpse life inside one of the world’s premier research operations.”

Lauri Grunig added: “Ms. Meganck brings an academic understanding of both qualitative and quantitative methods. Her graduate studies have prepared her well for the challenges of applied research. We expect the relationship between PRIME Research staff, its clients and Ms. Meganck to endure long past their six weeks together in Ann Arbor.”

Nonprofit foundation serving as a source for all the latest #research in, on & for #PR since 1956. Subscribe for weekly updates: https://t.co/vXIeXnPAaM

Shirley Powell ‘88 was featured in the @InstituteForPR’s Research Letter recently as part of their “Lesson Earned” column, which tells the stories of hard lessons learned early in the careers of PR professionals. https://bit.ly/2W6BbqN

How has #COVID19 affected a company’s operations? In our new study with @Peppercomm, 300 top executives share where they are getting accurate information and how they are dealing with the pandemic. Read more on our findings here: https://buff.ly/38QucF7

How are comms execs handling the COVID-19 crisis—and which sources are most trusted? @InstituteForPR and @Peppercomm take a deep dive here. https://hubs.ly/H0nDgW30

Listen to the latest episode of PR With The Pros, featuring Tina McCorkindale, president and CEO of the @InstituteForPR. Hear about her work on Mind The Gap: Women’s Leadership in Public Relations, and leadership advice for aspiring practitioners. https://spoti.fi/3binpWy

Interested in contributing valuable insight in the corporate comms field? We invite you to participate in a short survey about the organization and evolution of companies and their communications function. Take the survey today: https://buff.ly/37Oxatq