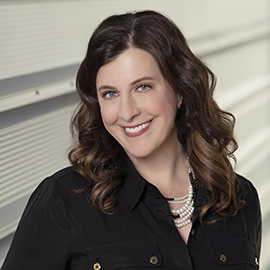 Laura Duda is Senior Vice President and Chief Communications Officer of The Goodyear Tire & Rubber Company. As the chief communications officer, Duda leads all internal and external communications for the company, including public and media relations, employee communications, corporate reputation management, philanthropy and community relations, as well as Goodyear’s fleet of world-famous airships.

Raised in St. Petersburg, Florida, Duda attended Western Carolina University, earning a Bachelor of Arts degree in Writing & Editing. She later received her Master of Arts degree in Mass Communication from University of Florida and her Master of Business Administration degree from The University of Tampa. She is accredited in Public Relations and is a member of the Arthur W. Page Society and a graduate of Leadership Tampa, Leadership Greater Chicago and Leadership Akron.

In 2020, Duda was named to the National Diversity Council’s Power 50, honoring women in the C-suite from top corporations who endeavor to improve not just departments and companies, but communities as well. She was also named to PR Week’s 2021 Hall of Femme, recognizing inspiring women who set the bar higher within their organizations, nominated by their peers and colleagues. Duda was Goodyear’s 2020 Employee Resource Group executive sponsor of the year for her work with the company’s Asia India Middle East (AIM) ERG. Duda is actively engaged in the local community and is a board member of the Greater Akron Chamber of Commerce and the Ohio & Erie Canalway Coalition and a Trustee of the Rock & Roll Hall of Fame in Cleveland.

Duda and her husband, Michael, both avid hikers, live in Northeast Ohio with their four-legged children.