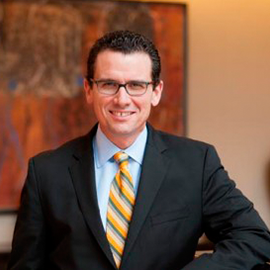 Oscar Suris is Executive Director of Corporate Reputation at Edelman. He was previously the Executive Managing Director of Zeno Group. Suris also previously led corporate communications for Wells Fargo, and held senior roles at Ford Motor Company and AutoNation. As Wells Fargo’s head of Corporate Communications, Oscar Suris was the public relations counsel to Wells Fargo management and the company’s 80+ businesses. He directed the company’s media relations and team member communications. He also is responsible for communicating the vision and values, goals and achievements of Wells Fargo and its subsidiaries to team members, customers, communities, and shareholders.

Oscar joined the company in September 2009. Prior to Wells Fargo he was the director of Corporate Communications and Development for Ford Motor Company. He provided strategic communications counsel for Executive Chairman Bill Ford and the automaker’s philanthropic arm, Ford Motor Company Fund and Community Services. He previously led Ford’s global corporate news and North American product communications teams, where he oversaw the development and execution of communications ranging from major financial announcements to key product introductions.

Prior to Ford, Oscar was director of Corporate Communications at AutoNation, Inc., and the executive assistant to the publisher and chairman of The Miami Herald Publishing Company. Oscar has 11 years of journalism experience, including five years at The Wall Street Journal.

Oscar, a native of Cuba, is the son of two retired bankers and a graduate of the University of Florida with a bachelor’s degree in finance. He currently serves on the Board of Trustees for the Institute for Public Relations. He is a past chair of the Ford Hispanic Network Group and has served on the corporate advisory boards of the Congressional Hispanic Caucus Institute, the National Council of La Raza and the Cuban American National Council. Oscar and his wife, Shana, are the parents of three children.