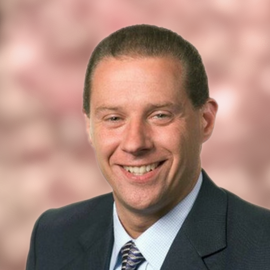 Ray Day is The Stagwell Groups’ vice chair of the company’s marketing and communications agencies. The position was created to continue the integration, innovation and growth of the Stagwell Group companies

Ray, 51, has long been a fixture on PRWeek’s Power List. He was number nine on the 2016 edition of the annual ranking of the most powerful people in PR. He is the 2018 chair of The Seminar, an annual global forum for senior communications leaders and executives.

Before joining Stagwell Group, Day worked for IBM and retired as group vice president of Communications after 28 years with Ford. He spent most of his career leading Ford’s global communications and public relations activities related to the company’s products, design, manufacturing, sales, marketing, brand development and corporate matters.

In his last 10 years at Ford, Ray led the vision, strategy and execution of Ford’s communications efforts around the world. His accomplishments include transforming Ford’s communications model and story during the “Great Recession” working with then CEO Alan Mulally; re-positioning the company beyond the auto sector in today’s era of business-model disruption, and championing a stronger corporate reputation, brand strength and cultural resonance.

Ray’s global experience includes being based for four years in Europe, serving as head of Ford’s European Product Public Affairs, living in both Germany and the UK.

Before joining Ford, Ray was a newspaper reporter and editor in the Detroit area.

Ray is a graduate of Wayne State University in Detroit, where he earned a bachelor’s degree in mass communications.