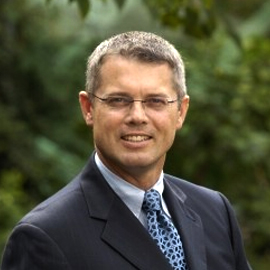 Dr. Terry Flynn is one of Canada’s leading public relations/communications management scholars and an important bridge between the academy and the profession. Following a 20-year communications consulting career, Terry joined the faculty of McMaster University after completing his Ph.D. studies at the S.I. Newhouse School of Public Communications at Syracuse University. During his professional career, he built an international communications practice specializing in crisis and risk communications working with such organizations as: the Town of Walkerton Ontario (e-coli crisis); the U.S. Navy Public Health Agency (leukemia cluster); the U.S. Army Centre for Health Promotion and Preventive Medicine (base closures and environmental cleanups); the Chemical Manufacturers’ Association; the American Gas Association; Toyota Motor Manufacturing Canada; and the Vinyl Council of Canada.

His advice and counsel has also been internationally recognized by: the Canadian Public Relations Society; the International Association of Business Communicators; the Community Relations Awards; and the Apex Awards for Publication Excellence. Terry’s scholarly work has been published in the Journal of Public Relations Review and the Journal of Professional Communications and has also been recognized by the Association for Educators in Journalism and Mass Communications and the Arthur W. Page Society International Case Study.

He is currently on the faculty of the Department of Communication Studies & Multimedia at McMaster University where he founded Canada’s first and only Master of Communications Management degree program in 2007.  Terry’s innovative teaching style was recognized in 2010 and 2011 when he was named “Teacher of the Year” by the DeGroote School of Business.