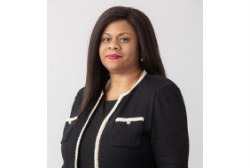 Previously, Tracy served as Vice President of Corporate Communications for the Federal Government’s Tennessee Valley Authority (“TVA”), which was then the largest public power provider in the United States, serving large industries and power companies that provide electricity to 9 million consumers. She held responsibility for internal and external communications, reputation management, research, retiree advocacy, philanthropy, volunteerism and the Freedom of Information Act process as well as serving as TVA’s Appeals Officer responsible for resolving stakeholder complaints before litigation. Tracy joined TVA in 2001.

Prior to TVA, Tracy held several positions of increasing responsibility with CNH Global, a FIAT company formed from the merger of Case Corporation and New Holland. She worked in various parts of the world, including an international assignment based in Sydney, Australia, with responsibility for e-commerce and marketing communications strategies across the Asia Pacific region. Tracy joined CNH in 1998.

Tracy began her career with General Motors Corporation in 1989, when GM was the largest producer of cars and trucks in the world. With GM experience in sales, service, marketing and manufacturing, she was one of two professionals selected to start up an entire public relations office for the GMC Truck headquarters, where she led communications strategies that helped the organization achieve record-level truck sales.

Tracy received a bachelor’s degree in Communications Management from Clark-Atlanta University in Atlanta, Georgia. She completed the Center for Creative Leadership – Leadership Development Program and the Harvard Business School Executive Education program. Tracy is a Trustee of the National Urban League Board and Institute of Public Relations. She is also a member of several professional and civic organizations.

Tracy, a U.S. citizen, is currently based in London, England, with her husband, Kermit Faulkner.