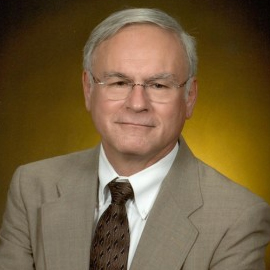 He has written more than 150 scholarly articles and papers. His awards include the Ralph Nichols Award for research in Listening (1984); the Institute for Public Relations Research and Education awarded Stacks its 1999 “Pathfinder Award.” He was selected as the recipient of the University of Miami’s “Provost’s Award for Outstanding Research and Theory” in 1999. The Public Relations Society of America named him Outstanding Educator in 2003 and the recipient of the Jackson Jackson & Wagner Behavioral Science Prize in 2005. In 1992 he was named “Outstanding Professor” by University of Miami students. In 2007 he was elected as an Eastern Communication Association “Distinguished Research Fellow” and “Distinguished Teaching Fellow” in 2008.  Dr. Stacks was recently elected to the first class of the Institute for Public Relations’ Research Fellows. He was selected as a “Senior Fellow” in 2010 of the Society for New Communications Research.  He was awarded the National Communication Association’s 2011 PRIDE award (his second) for his co-authored with David Michaelson text, A Practitioner’s Guide to Public Relations Research, Measurement and Evaluation, the top textbook for that year.  He was recently awarded the PR.PRO Award for Excellence for his work in supporting and advancing public relations practice in Southeast Europe. Most recently, Dr. Stacks was inducted into the PR News’ Measurement Hall of Fame.

Dr. Stacks has been an active communication consultant for over 30 years.  His areas of expertise include organizational systems assessment, sociological/psychological organizational analysis, media relations, internal organizational communications, leadership, as well as serving as a trained listening specialist.  His clients include a variety of organizations, to include School Employees Trust, Allstate Insurance, Columbia Energy Group, Energy Automation Services, Broward Public Schools, American Electric Power, and the University of Miami.

Dr. Stacks served as Vice President for Research for Market Analysis Research of Mobile, Alabama, from 1979 to 1980.  MAR’s clients included First Alabama Bank, for which MAR conducted the initial research on customer perceptions of the use of ATM machines, marketing surveys for a variety of clients in south Alabama, Florida, and Mississippi, and conducted internal corporate research for Federated Stores.  MAR employed a variety of communication research methods and was one of the first research firms to include sociometric analysis in its toolbox.