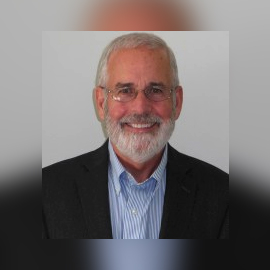 Donald K. Wright, Ph.D., is the Harold Burson Professor and Chair in Public Relations at Boston University’s College of Communication, the world’s first degree-granting institution in public relations. He is one of the most published public relations scholars in the areas of ethics, employee communication and social media, and is an internationally known professor, author, speaker, researcher, advisor, and corporate communications consultant. In addition to teaching, conducting scholarly and applied research, and lecturing in more than 30 countries on five continents, Professor Wright has worked full-time in corporate, agency and university public relations, and has been a communications consultant for more than three decades.

PR Week magazine has recognized him both as one of the Top 10 public relations educators in the United States and as one of the “15 Leading Lights” in US public relations. He is a long time member of the Board of Trustees of the Institute for Public Relations, an independent foundation dedicated to exploring the science beneath the art of public relations. Since 1989 he has been a member of the Board of Trustees of the Arthur W. Page Society, a select membership organization of senior-level public relations and corporate communications executives who seek to enrich and strengthen their profession. Dr. Wright is one of only two full-time academics ever elected President of the International Public Relations Association (IPRA), a professional society with members in more than 100 countries. He is past chair of the Institute’s Commission on Public Relations Measurement and Evaluation and the founding Editor of Public Relations Journal, the world’s first quarterly open-access peer reviewed electronic research journal published by the Public Relations Society of America (PRSA). He is active as a consultant in public opinion research, employee communications, organizational ethics, professional development as well as management and structure of the corporate communications function.

He has received numerous awards including the Distinguished Service Award from the Arthur W. Page Society, the Pathfinder Award for research excellence from the Institute for Public Relations and both the Outstanding Educator Award and the Jackson Jackson & Wagner Behavioral Science Prize from PRSA. Dr. Wright holds a Ph.D. degree from the University of Minnesota. His M.A. is from California State University, Fresno, and his B.A. degree was awarded by Washington State University. He is a Research Fellow of the Institute for Public Relations, an accredited member of PRSA, a PRSA Fellow, an IPRA Fellow and an IPRA Member Emeritus.