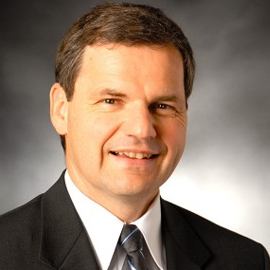 Douglas G. Pinkham is president of the Public Affairs Council, the leading international association for public affairs professionals. More than 600 organizations – including nine out of the top Fortune 10 companies – belong to the Council. Founded in 1954, the Council is a non-partisan, non-political association that provides executive education, “best practice” information, research and thought leadership to the profession. Mr. Pinkham was elected to head the Council in 1997. Prior to joining the Council, Mr. Pinkham was vice president of communications for the American Gas Association (AGA), a major trade association representing natural gas distribution companies.

Mr. Pinkham is a frequent speaker on public affairs issues, politics, communications and corporate management and has authored numerous articles for trade and professional magazines around the world. He was been quoted widely in the U.S. and international news media. He also writes a popular weekly blog on public affairs/communications strategy, which can be found at www.pac.org/blog.

A native of Cleveland, Ohio, Mr. Pinkham graduated with honors from the College of Wooster in Ohio. While at Wooster, he was elected to the Phi Beta Kappa society.