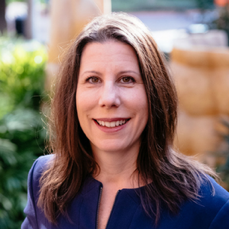 Marcia DiStaso, Ph.D., is an Associate Professor and Chair – Department of Public Relations at the University of Florida. DiStaso is a national leader in research on digital/social media and financial communication/investor relations in public relations, and is widely known and respected for her distinguished career in research, teaching, and service. She won the Public Relations Educator of the Year Award from the Public Relations Society of America (PRSA) in 2016 and was recognized as an AEJMC Emerging Scholar. She also is a member of the highly acclaimed Arthur Page Society. She was an associate professor at Penn State University prior to accepting the position at UF.

Prior to entering academia, DiStaso worked in management and as a high-net-worth stock broker for the global investment management firm T. Rowe Price. She also has experience in agency (at Ketchum), nonprofit (at the American Red Cross), and university (at University of South Florida) public relations. She currently has an active consulting business primarily focusing on social media. Additionally, she has taught in higher education for over eleven years including appointments at the University of South Florida, the University of Miami, and Pennsylvania State University, where she won the Association for Education in Journalism and Mass Communication Promising Professor Award.

Her public relations campaigns with her students have received national recognition winning: A 2013 Silver Anvil Award of Excellence, Hermes Creative Awards in 2013 and 2014, a 2013 MarCom Award, a 2014 Communitas Award, and was a 2013 IPRA Golden World Award finalist.

DiStaso has been recognized as an AEJMC Emerging Scholar, having Excellence in Research from the College of Communications, and as a top paper award winner. Her research focuses on exploring and informing the practice of social media, financial communication, and investor relations. She has a book on the ethical practice of social media in public relations along with over 70 publications in journals, books, and online outlets. She often presents on social media and her research projects with over 80 presentations around the world.