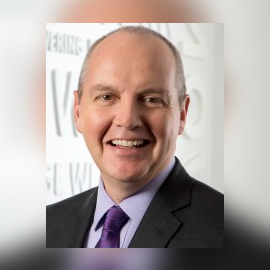 Gary Sheffer is the Sandra R. Frazier Professor of Public Relations at Boston University. Prior to working at BU, Sheffer was the chief communications officer at General Electric, a position he held for 13 years.

Sheffer writes and speaks about public relations, authoring chapters and forewords in several academic textbooks. He has lectured at many colleges and universities on communication and is a frequent speaker at industry conferences. He has been recognized for his work, being named to the PRWeek and PR News halls of fame. He is the recipient of the Jack Felton Medal for Lifetime Achievement for Excellence in Public Relations from the Institute for Public Relations. In 2010, Sheffer was named American Speechwriter of the Year for his work at GE.

Sheffer is known for his expertise in building strong corporate communications teams, crisis and issues management, the relationship of culture and reputation, and strategic communication counsel.

He earned a bachelor’s of arts degree in English from Siena College in Loudonville, New York.