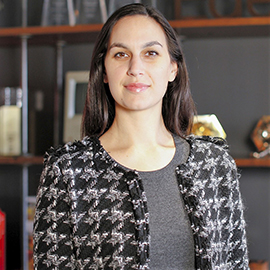 Margot Edelman is the Deputy General Manager of Edelman’s New York Office, the largest in the Edelman network. Previously, she was the General Manager of Edelman’s Bay Area Hub, which spans 170 professionals in Sacramento and San Francisco, and before that, she led Edelman’s Technology Practice in the Bay Area. Passionate about all things tech, Margot brings a wealth of experience in brand building, corporate reputation and executive visibility to her clients, which include technology companies and venture capital funds.

Margot has worked for seven years on the press team at the World Economic Forum during its Annual Meeting in Davos, Switzerland, where she led broadcast media from Reuters, Bloomberg, Associated Press and other around the Forum and arranged broadcast interviews with participants. Margot has also spoken at DLD 2019 on the topic of trust in technology, moderated panels at The World Economic Forum, among other. She also holds a BA in history and economics and a MBA from Harvard University.