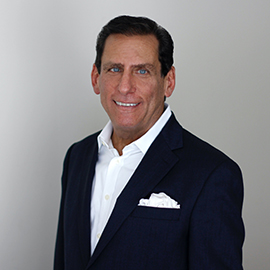 Mark Weiner is Chief Insights Officer at Cognito Insights, the international specialist communication and marketing agency. Cognito Insights represents clients across the financial, professional services and technology sectors from six offices around the globe. He may be reached now at Mark.Weiner@cognitomedia.com.

Previously, Mark was CEO and Chief Insights Officer at Cision PRIME Research. Since 1993, Mark has devoted his career to helping many of the world’s most respected organizations and brands to demonstrate and generate a positive return on their investment in corporate and brand communications. He is the author of “Unleashing the Power of PR: A Contrarian’s Guide to Marketing and Communication” from John Wiley & Sons and the PR Quamet published by Barnes & Noble as well as chapters in three additional texts.

Mark Weiner received the 2018 Jack Felton Medal for Lifetime Achievement from the Institute for Public Relations (IPR). He is a member of the Arthur W. Page Society; is active in The IPR, for which he contributes as a board member and the Chairman of the Measurement Commission; and serves on the Advisory Board of the Museum of Public Relations. He is a member of the Public Relations Society of America and AMEC. Weiner serves on the Advisory Board at the University of Florida’s College of Journalism and Communications.

Weiner sits on the editorial advisory boards of The Strategist and PR News. With more than 100 published articles and papers, he contributes to Ragan, PR Week, IABC’s Communication World, PRSA’s Tactics and The Strategist, and Commpro.biz/PR-ROI. He speaks on the topics of public relations return-on-investment, corporate reputation and integrated marketing communication at conferences by The IPR, The Conference Board, ABERJE, the Association of National Advertisers, The American Marketing Association, The Arthur Page Society, IABC and PRSA. Under his guidance, PRIME earned many “Best Research” awards including The Diamond Sabre; The Platinum Award; The Ogilvy Award, AMEC Award, and The Golden Ruler Award. PR News inducted him into its Measurement Hall of Fame.

Prior to PRIME, Mark Weiner was the Global Director and Senior Vice President of Ketchum Research where he led an international team of analysts before which he was the CEO of Delahaye, a corporate communications research and consulting firm. Weiner founded Medialink Research in 1994 which became Delahaye Medialink in 1999 after the acquisition of The Delahaye Group. In 1997, he served on the executive committee which led Medialink to become the first public relations firm to initiate a public offering (NASDAQ:MDLK).

Weiner served as a visiting professor for The Executive Education Programs, S.I. Newhouse School of Public Communications at Syracuse University and has lectured at many of the leading public relations programs, including Columbia University, The University of Texas at Austin, UNC-Chapel Hill, New York University and more. In 2008, he initiated the Grunig PRIME Research Fellowship which promotes communications research as a career choice.

Weiner began his career with The New York Times News Service after which he was a columnist and Vice President for The McNaught Newspaper Syndicate, a division of Tribune Media. Weiner was founding partner of Copernicus Marketing Consulting where he led the firm’s Integrated Marketing Communications practice. He graduated from the University of Maryland.