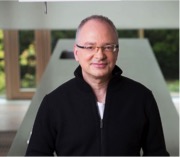 GAINESVILLE, Fla. – Dr. Dejan Verčič, Professor and Head of Centre for Marketing and Public Relations at the University of Ljubljana, Slovenia, will receive the 2016 Pathfinder Award, the highest academic honor bestowed by the Institute for Public Relations (IPR), at the 2016 Annual Distinguished Lecture and Awards Dinner on November 30 at the Roosevelt Hotel in New York City.

This accolade is given in recognition of an original program of scholarly research that has made a significant contribution to the body of knowledge and practice of public relations.

“The IPR selection committee was impressed with many of Professor Verčič’s accomplishments,” said Donald K. Wright, Ph.D., IPR Trustee and Harold Burson Professor & Chair in Public Relations at Boston University. “He is clearly noted as one of the leading public relations scholars in Europe and his commitment to the profession is evident through his leadership experience with the European Public Relations Education and Research Association and his development of the BledCom conference.”

“I would like to thank the Institute of Public Relations, which is devoted to the science behind the art of public relations, for recognizing my work,” said Dr. Verčič . “I am honored to be added to the list of eminent scholars and researchers who have received this award before me. There has never been a better time for being in public relations.”

Before the Annual Distinguished Lecture & Awards Dinner, Dr. Verčič, will present his research at the Fifth Annual IPR Research Symposium. The IPR Research Symposium will feature speakers presenting research-based insights on priority topics identified by IPR Trustees as important to the practice.

The Institute for Public Relations is an independent foundation dedicated to the science beneath the art of public relations™ and focused on research that is immediately applicable in communications practice. Its research is available free at instituteforpr.org and provides the basis for the organization’s professional conferences and events.