Reputation Management All the Time 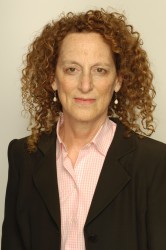 More than two decades ago, when I first dove into the world of reputation management, the field was still in its infancy.  Few business people concerned themselves with it, and the field was only beginning to be understood.

Since then, so much has changed.  The mere use of the word “reputation” has grown exponentially from all but non-existence.  Now it is part of common business and street talk.  ”Reputation” has also become a priority item on the agendas of CEOs and business and community leaders alike, including presidents, prime ministers, mayors and deans.  Even job applicants inquire about it.  You can now find a “best of” reputational ranking or league table on almost any subject. The rise of the Internet also had a monumental effect.   It presented us with an entirely new subset of the discipline − online reputation – which has grown along with online usage.   As the Internet expanded worldwide, so has the field of reputation.

Nowadays, reputation is omnipresent. Barely a day goes by when someone does not mention to me the word “reputation.”  A 12-month search of The New York Times yields nearly 5,000 mentions.  An Amazon search of books on business and money yields some 755 books on reputation compared to the mere handful that existed when I wrote my book on reputation recovery eight years ago. The impact of reputation management has continually been enhanced further by that great Omaha sage of business, Warren Buffett, CEO of Berkshire Hathaway, who continuously sanctions its significance – most recently, by reminding his top 2014 manager All-Stars that their top priority was to “zealously guard Berkshire’s reputation.”  Buffett first used the term in his Letter to Shareholders back in 1980.

You get the point. Reputation has become radioactive and is likely to stay that way for the indefinite future.

While reputation has expanded exponentially, the drivers of corporate reputation have remained basically the same. And that’s a good thing.  Reputations are built incrementally, not overnight, and it would be awkward indeed if its constituents were subject to whims that changed from day-to-day.  Far better that the drivers of reputation be enduring and sustainable. These everlasting drivers include:  having high quality products/services, good financial performance, innovativeness, respectable leadership/governance, trusted corporate citizenship and top talent.

This is not to say, however, that reputations are not subject to trends and changing influences.   Balancing gender diversity, building global reputations and instilling collaborative cultures with strong internal communications are fast-becoming increasingly important. The war for talent is also getting hot and heavy.

For those of us in the field of public relations, communications/marketing is also increasingly becoming a major facilitator of reputation.  They walk hand in hand as reputations are made. How companies communicate who they are, what they stand for and what their values are can make or break reputations. In fact, according to a recent Weber Shandwick global survey among executives, communications and marketing initiatives were the fourth highest driver of a strong corporate reputation around the world.  Creating a narrative for a company and getting it in front of the right audience was as nearly as important as leadership and industry reputation and surprisingly, more important than corporate social responsibility. As companies work harder to differentiate themselves and as the world becomes even more connected through the Internet, how companies tell their stories will matter more and more. Getting people’s attention today to consider your company’s products and services or think of it as a best place to work is the new killer app.

So, even as basic principles remain the same, circumstances and factors influencing reputation necessarily change as the world changes.  Such is the discipline of corporate reputation.

Leslie Gaines-Ross is the chief reputation strategist at Weber Shandwick and a trustee of IPR. Follow her on Twitter @ReputationRx.