Gainesville, Fla., – The Institute for Public Relations (IPR) is excited to welcome five new Trustees to its Board. With the election of these Trustees, the IPR Board of Trustees remains committed to the top research priorities of measurement standards, behavioral science, employee communications and digital media. 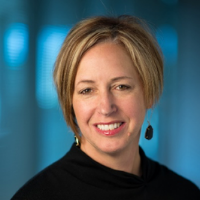 Shirley Powell is senior vice president of communications and industry relations at Cox Automotive, a global automotive services and software company whose vision is to transform the way the world buys, sells, owns and uses cars. Cox Automotive is a subsidiary of family-owned Cox Enterprises, Inc.

Based in the Cox Automotive corporate headquarters in Atlanta, Powell leads and manages the day-to-day operations of the company’s communications organization, which includes internal and executive communications, public relations and industry relations, and reputation and crisis management. She also oversees the company’s event management and creative services teams.

Powell joined Cox Automotive with more than 25 years of strategic communications experience. Previously, she served as the executive vice president and chief communications officer at The Weather Company where she oversaw all internal and external communications, executive communications, corporate brand/reputation, issues management, community relations and social media strategies for all of Weather’s consumer and business-to-business brands.

Powell earned a bachelor’s degree in journalism from Temple University in Philadelphia and presented her with a Lew Klein in the Media Award in 2005, Women in Cable & Telecommunications Atlanta named Powell “Woman of the Year” in 2014. 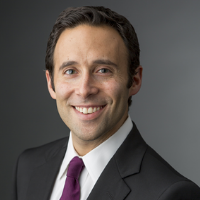 Joe Cohen serves as Chief Communications Officer at AXIS Capital (NYSE: AXS), an international leader in specialty insurance and reinsurance.  He oversees global external and internal communications across the company’s more than 30 locations throughout 14 countries and four continents.

Cohen is a past National Chair of the Public Relations Society of America (PRSA), the largest member association for the communications profession in the U.S. He is the incoming chair of the PRSA Foundation. 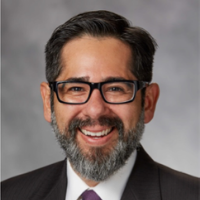 Prior to joining Burson-Marsteller, Cabrera founded Carthage Group Communications, a strategic communications and issue advocacy firm. Among others, the firm advised the Bill and Melinda Gates Foundation, the Grameen Bank and America Votes, the nation’s then-largest political action organization.

Cabrera is a graduate of Pomona College, where he earned his degree in politics. 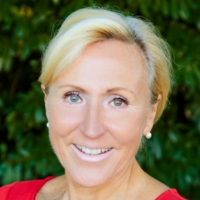 An Expert Witness in Reputation and cited as ‘among the 100 most influential people in PR,’ Sandra Macleod is Group CEO of Echo Research and Director of Reputation Dividend, which values reputation for listed companies. From an early career at PA Management Consultants, Macleod set up the first international franchise for media analysis in 1989 before launching Echo.

Ambassador to the International Integrated Reporting Council <IR>, Macleod is also a Companion of the Chartered Institute of Management, member of the McKinsey Women as Leaders’ Forum and Visiting Professor on Reputation at NYU. Founder of the International Association of Measurement & Evaluation Companies (AMEC), Macleod has been Trustee and Board Member of the Arthur W. Page Society, the Institute for Public Relations, the International Business Leaders Forum (IBLF), and University of Oxford’s Public Affairs Advisory Group. Macleod is recipient of the 2018 Page Distinguished Service Award. 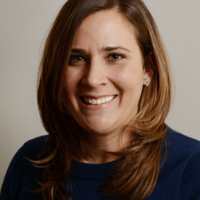 As a member of Heyman Associates’ senior management team, Jessamyn Katz’s role spans all facets of the firm’s operations here and abroad. She established and leads its West Coast presence, working on engagements across the country, while managing its most important client relationships in San Francisco, Los Angeles and Seattle. She also collaborates with its international affiliates: Taylor Bennett in the U.K., joint venture Taylor Bennett Heyman in Asia and GK-Personalberatung in Germany.

Katz has built a comprehensive understanding of what it takes to succeed in digital communications, media relations, strategic communications and other specialties across public relations, communications and public affairs. She advises clients in a variety of industries, with an emphasis on the technology, healthcare, financial services and nonprofit fields. She is also an active member of Page’s “Page Up” association.

The Institute for Public Relations also would like to announce that Frank Ovaitt will now move to the Honorary Trustee designation. We are thankful for his many years of supporting the science beneath the art of public relations. 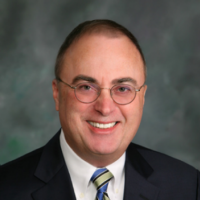 Frank Ovaitt, APR, was President and CEO of the Institute for Public Relations (IPR). Previously, Ovaitt was Executive Vice President, Makovsky + Company, and Managing Director of Crossover International Inc., where he helped clients implement mergers, re-brandings, Chapter 11 filings and other critical changes that required management teams and employees to work together toward new corporate objectives. He also served as Chief Marketing Officer for BTM Corporation, a business technology management company in Stamford, CT.

Prior to founding Crossover, Ovaitt was Vice President-Corporate Affairs for MCI.  His chief communications officer responsibilities included a full range of internal and external communications.  He played a central role in reshaping the company’s image as it entered information services and led the communications for an industry coalition to lobby the U.S. Congress on the most sweeping telecom legislation in 60 years.

Ovaitt holds a Bachelor of Journalism degree from the University of Missouri and an MBA from New York University.

About the Institute for Public Relations
The Institute for Public Relations is an independent, nonprofit research foundation dedicated to fostering greater use of research and research-based knowledge in corporate communication and the public relations practice. IPR is dedicated to the science beneath the art of public relations™. IPR provides timely insights and applied intelligence that professionals can put to immediate use. All research, including a weekly research letter, is available for free at www.instituteforpr.org.