Time to Reinvent the Wheel for PR Education

This summer, I participated in the 2015 International History of Public Relations Conference in Bournemouth, UK, and like Melissa Dodd, I valued the opportunity to interact with international scholars with diverse experience and perspectives. My conference paper topic was the history of public relations education, with a focus on the role of the International Public Relations Association (IPRA). The IPRA contributed a number of influential gold papers on public relations education from the 1970s to the 1990s.  Two of the gold papers (1982 and 1990) featured The Wheel of Education model.

The 1982 gold paper credits the Wheel model to the IPRA World of Public Relations Exhibition held in London in 1979. The model has been described1 as an invention of Sam Black, an influential British public relations practitioner, who was active in the IPRA and played an important part in developing public relations education2. The Wheel graphic is presented at the beginning of the 1982 gold paper and is explained in detail in an appendix. The model builds on the Commission on Public Relations Education3 concentric circle approach to public relations education. 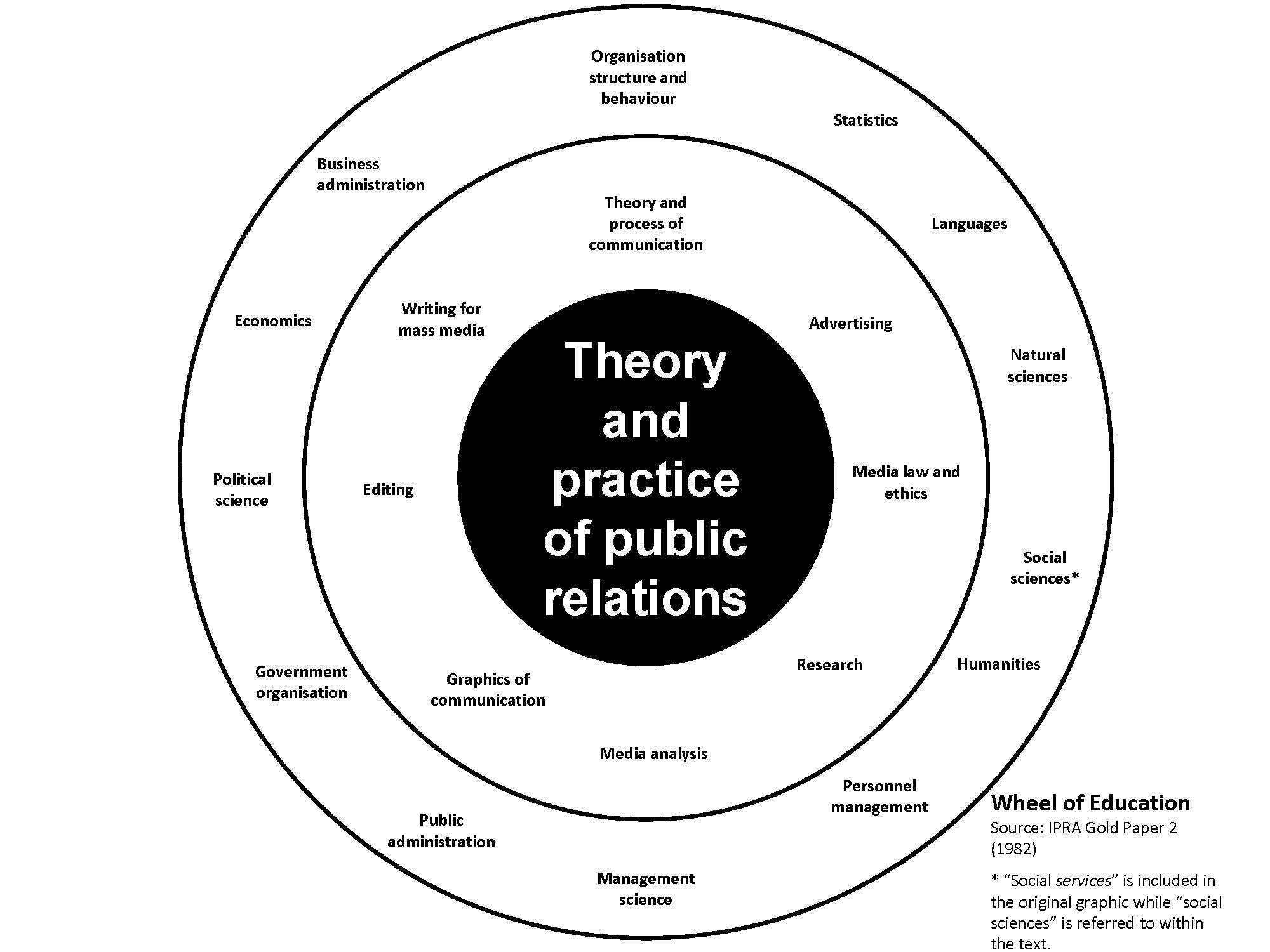 The Wheel model has three components:

During my conference presentation I mentioned an apparent discrepancy: the graphic includes “social services” in the middle circle, but the appendix refers to a different concept, “social sciences”. Luckily, the audience included a conference participant who was involved in the preparation of the 1982 gold paper and recalled the debate amongst IPRA education and research committee members over the term “social sciences”. Some of the committee abhorred that term; so “social services” was used in the graphic as a compromise.

The Wheel model was produced by an international team of educators and practitioners over three decades ago. To what extent is the model relevant to public relations education today?

What do you think?

Editor’s Note: The original IPRA gold papers from 1982 and 1990 that featured The Wheel of Education model are not available online to our knowledge. But reproductions of the papers are available at the following links: 1982 Gold Paper and 1990 Gold Paper.

Dr Mary Welch is a senior lecturer in communication management at the Lancashire Business School at the University of Central Lancashire  in the United Kingdom.

2 thoughts on “Time to Reinvent the Wheel for PR Education”