What the 2016 Presidential Race Tells Us about Social Media Measurement 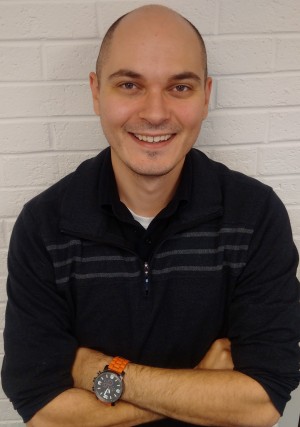 As the 2016 Presidential race heats up, I thought it would be a good time to examine what this election cycle can tell us about PR measurement. In particular, I will focus on what the race tells us about social media measurement by presenting five takeaways from the candidate’s metrics.

We’re still fresh off the launch of the Barcelona Principles 2.0. Principle 6, which focuses on social media, expanded from “Social Media Can and Should Be Measured” to also include “…Consistently with Other Media Channels.” The goal includes a focus on the “quantity and quality” of such measures.

I pulled together the current metrics from candidate social media pages, as well as the candidates’ current standings in national primary polls (via the RealClearPolitics averages). This is what it looks like at present (data as of October 28, 2015; some numbers rounded):

Sure, there are generally broad trends: more popular candidates ‘tend’ to have more followers. But, that in itself is not very meaningful per se, and even such a broad-level argument seems to quickly fall apart when we compare overall social media volume to specific platforms. In other words, try to look across any row. Try to look up and down any row. Claiming overall trends quickly becomes problematic, filled with caveats and nuance. The ratios, be it a specific platform, the comparisons between platforms, or the variations for a specific candidate, do not hold together. So, what does all this mean, and what does it tell us about how we should be approaching social media measurement?

Social Media Measurement Needs to Appreciate the Differences of Publics

In the classroom, it’s PR 101 to tell our students that a target public does not include every person or public. Our social media measures should match this basic principle by recognizing that one-size fits all approaches to digital measurement – methods that often rely on macro-level univariate or bivariate volume metrics – fail to capture the differences between publics. The publics of Hillary Clinton and Bernie Sanders are not the same, let alone the differences between the publics of Sanders and, say, Ben Carson. So, why do we often measure them as if their publics were the same?

Even within the same platform, these publics are very different. Notice how Sanders and Carson are quite popular on Facebook compared to Twitter, but Sanders is much more popular on Instagram than Carson. What might explain the difference? Well, despite collective colloquial sayings that “millennials use social media,” Carson is strongest on Facebook, a platform that is the oldest and most rural skewing of the major social media platforms, according to Pew. This is consistent with his sturdy showing in states like Iowa where he’s quite strong with Evangelical Christians, middle-aged women, home schooling families and rural voters. Meanwhile, his numbers are not nearly as strong with younger and minority voters, publics that frequently use Instagram, a platform that demographically better matches Sanders. And thus, it makes sense Carson’s FB:Instagram ratio is about 37:1, versus the roughly 6:1 ratio Sanders has, using the same metrics. And then there’s a candidate like Hillary Clinton who polls strongly among African-Americans, a public that uses Twitter and Instagram more than any other racial group but Facebook less, potentially giving context to her metrics.

I’d argue the default rationale that “social media is explained by millennials” should be dropped from our lexicon. Besides the fact that Facebook continues to grow in popularity with middle-aged and senior citizen publics, even if we were to limit our analysis to the “millennial” group, there are over 75 million Americans between the ages of 18 and 34. As a millennial, I can say that there are drastic differences between my social media use and that of my students. I grew up in an age where Facebook started during my first-year of college, a University only platform at the time. While my millennial generation may have been the Facebook generation, a few years later, it was a Twitter millennial generation. A few years later, it became a Snapchat and Instagram generation. History will continue to repeat itself with each new platform. Therefore, even within the “millennial” public, “social media” usage is too loosely measured and too loosely assumed.

Thus, even within the same sector (politics) and even within the same political party, you can see drastic differences between how candidates are developing popularity with different publics within the same platform, let alone different platforms. I’d thus argue that social media measures need to start from the target public upward, as opposed to using top-down, volume-based, macro-level approaches that often miss these drastic differences between groups. We teach our students to use multi-variate analysis to obtain greater context, so why don’t we?

Social Media Measurement Needs to Appreciate the Differences of Platforms

The same principle that explains the differences between publics explains the differences between platforms. In a television context, it would be silly for a media relations professional to think of MSNBC in the same way as Fox News, BET in the same way as Hallmark, or Univision in the same way as TLC. So, why do often treat Facebook and Twitter as being alike? Not only do they have entirely different demographics (or publics), they have entirely different functions. If the economics of social media have taught us anything over the last decade, it’s that, to survive in this space, emerging social media platforms have to have unique functionality, otherwise, one company will lose out. Myspace, anyone? These vast differences lead to…

Social Media is Used Too Loosely as a Measurement Term

When measuring, we have historically separated the metrics of television versus print, radio versus social media. And yet, we often lump all social media platforms together to give one composite score. In reality, might it be that Twitter is as different from Instagram as television is from radio? In an age that is digital, I’d argue we need to fix social media much more than we do at present.

Many of our current media measures have developed from our traditional news media days. Historic measures frequently asked: how many mentions did we get in the New York Times? How many impressions does that calculate out to? Beyond volume, we frequently measure the valence or sentiment of coverage to give it more context. We have seen these volume and valence measures carry over to Twitter or Facebook analytics.

And yet, without a full-fledged content analysis, it seems fair to say that mainstream media coverage of Donald Trump has been high in volume but also high in negative sentiment. And candidates like Bernie Sanders and Ben Carson have hardly received as much news media attention as their poll numbers would indicate. Any casual observer could note that Carson has not received as much press coverage as Jeb Bush, and yet, he’s at nearly 3x Bush’s ratings in the polls. The point is this: there is power in social media. But, when including social media metrics, the Carson and Sanders polling numbers make much more sense. Therefore, volume or valence measures of traditional news media press coverage (the New York Times, MSNBC, Fox News, or the Wall Street Journal) are limited without including social media measures.

Volume Alone Does Not Tell Us Much

Finally, many of us may look at the above graph and ask ourselves: “What does it really matter how many followers a client has on a particular platform?” And that is, in some ways, my point. These top-level numbers are not meaningless. They clearly demonstrate drastically different communication patterns between candidates, publics, and platforms. But we need much more nuance than these to be effective communicators. I hope the profession can thus go beyond macro-level metrics about how many followers a client added, or how many impressions they created, to develop measures that better explain actual levels of changes in awareness, attitudes or behaviors. In politics, the ultimate goal is votes. But, looking at the above grid, much more nuance is needed to explain the relationship between social media metrics and voter behavior.

As a profession, I hope we can push ourselves to come up with social media measures that match our foundational concepts of appreciating the diversity of publics. In a fragmented media world, one-size fits all measures do not match present realities. And, in many ways, when considering the diversity of publics, be they LGBT consumers, African-American voters, or home schooling Evangelicals, it’s likely that, even before the days of social media, the New York Times nor CNN were ever representative of these bottom-up differences.

It’s no easy task, but I think many of us look forward to these measurement challenges!