Don Bartholomew Provided Us a Model for a Life Well-Lived 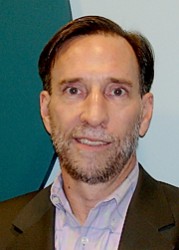 The measure of a life, after all, is not its duration, but its donation. –Corrie Ten Boom

It is with a heavy heart that my first blog post as chair of the Institute’s Measurement Commission is a tribute to Don Bartholomew who left us last week after a lengthy illness. But I also write this with joy at the teachings Don left us both as public relations professionals and as people.

Don had a storied career most recently as Senior Vice President, Digital and Social Media research at Ketchum. He was an integral member of IPR’s Measurement Commission for many years. One of Don’s most important contributions to our field was in his role as Vice Chair of Social Media Measurement Group for AMEC, the industry’s largest membership organization devoted to measurement. In that capacity, he and Richard Bagnall of Prime Research wrote what has become the industry’s standard for social media measurement. Don was also elected to the PR News Public Relations Measurement Hall of Fame.

Don’s blog, MetricsMan, is a must read for all practitioners. He offers practical insights that are reasoned, well researched and full of more common sense than many if not most.

In fact, I’m using Don’s last blog post (dated June 9, 2014 just about the time he found out he had brain cancer) as my guide for this blog post. With that post, Don wanted to shine a light on a workshop being held at the AMEC International Summit on Measurement held in Amsterdam. A workshop he missed titled Metrics that matter: Making sense of social media measurement.

With this post, I want to shine a light on Don’s brilliant thinking and his brilliant life.

As I read Don’s final entry, it struck me that (with a few changes) in addition to a social media measurement model Don also created a model for a well-lived life. (You can find the original post here.)

Don Bartholomew’s model for making sense of your life: metrics that matter

Determining the important metrics for your life

Folks often ask what makes a good life. What does the dashboard of your life look like? What is most important to you? Family, friends, pets, work, cycling? Here are a few tips to consider:

Place metrics in their respective place in your life

Rank-order your objectives and the metrics you’ll use to measure them. Remember: outcomes are more important than outputs, especially when it comes to your life.

Metrics that provide context are generally stronger than those that don’t. It’s not the number of friends you have. It’s the engagement you have with those friends.

Remember the most important audience in your life is you – at the end of your life, when you’re reflecting on it, what would you be most excited to hear about yourself? What will you want to see that ultimately demonstrates the best use of your life?

I hope Don is excited and pleased to hear what he meant to his pals on the Measurement Commission:

Don and I were buddies for probably a dozen years before we started working together, so, while he reported to me as part of the Ketchum Global Research & Analytics team, I mainly thought of him as a friend. Frankly, as an employee, he could be a bit of a pain – often questioning things I had decided, and even worse, usually being right. The impact he had on our organization will be remembered for years to come – and his influence on the memories of those who had the pleasure to work with him will last a lifetime. – David Rockland, Ketchum

Don was an amazing man, and I am very grateful that I was privileged to work with him. His legacy is a PR industry that is infinitely better, more accountable and more professional because of his contributions. His efforts on behalf of the IPR Measurement Commission the The Conclave on Social Media Measurement Standards and countless other volunteer efforts that were helped by his brains and energy have changed the Public Relations field forever. Most importantly, he was able to make change and get support for his ideas with an unending supply of grace, humor, wit and kindness. I’m grateful to have worked with him and been inspired by him. He will be forever missed but never forgotten. – Katie Paine, Paine Publishing

While I liked talking with Don about PR measurement geek-to-geek, we really had a great time talking about bicycling. – David Geddes, Geddes Analytics

I have served with Don on the IPR Measurement Commission, and consider him one of the most giving souls in our field. Smart and selfless, always ready to debate ideas without ego — and share his wit and wisdom with all he encounters. – Tim Marklein, Big Valley Marketing

Don pushed our thinking. That’s what he was good at. He built the next step in thinking that allowed/forced the next person to up their thinking and come up with the next step up the staircase. His Metrics Man blog, from April 2006 to June 2014, was always reasoned, sane and without hyperbole. It was well written and well argued. Many times, the thinking was original, with ideas that made the reader say “I never thought of that.” It didn’t matter if you agreed or not, his blog post always made you think. What made Don great was both the soundness of his thinking and the fact that he put that thinking out there in the public sphere for all to critique. – Fraser Likely, Likely Communications Strategies LTD

Don had a delightful combination of intelligence and humor…evident even in difficult conversations.  –Sunshine Overkamp, Overkamp Overkamp-Smith

Michelle Hinson is Director of PR Measurement for CyberAlert and Chair of IPR’s Measurement Commission.