The Evolution of Social Media Research

Marcia DiStaso, Ph.D. and director of the Social Media Research Center, reflects on the development of social media research in honor of IPR’s 60th Anniversary.

Today, social media use has grown astronomically. Nora Ganim Barnes and her team at the University of Massachusetts Dartmouth have been tracking social media usage for 10 years. In 2015, the researchers found most Fortune 500 companies use social media; in fact, only nine of the 500 companies did not. In terms of current usage, they found that: 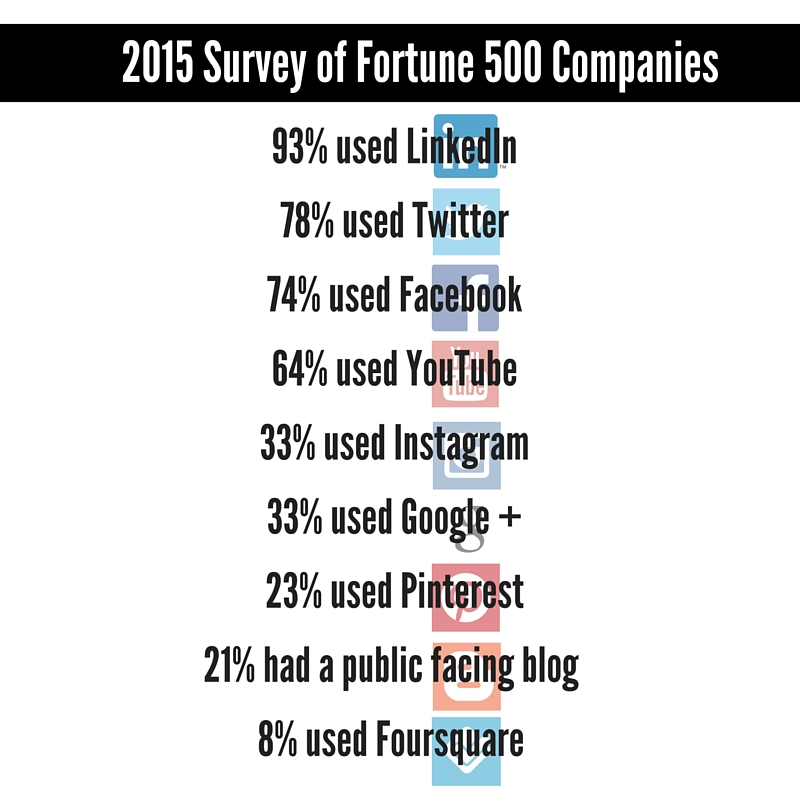 It’s likely that the changes we are seeing in the social media tools used is driven by social media extending deeper into organizations. More and more, it’s becoming a critical part of how organizations operate, both internally and externally. Strategic use of social media has led to new ways to meet stakeholder needs and build reputations. To meet these needs, research methodologies and theories around social media have received increasing levels of attention. Research and theory are especially important because they help us to understand, predict and guide behavior.

The importance of theory was a driving factor in establishing the Social Media Research Center at the Institute for Public Relations. In 2012, Dr. Don Wright asked Dr. Tina McCorkindale and I to serve as associate editors for this newly created Center that serves as a comprehensive source for research about social media.

Our goal then and still today is to provide a resource for social media research and its impact on the field of public relations. As director of the Social Media Research Center, I work to identify academic research that identifies best practices, benchmarking or new insights. Once published studies are identified, authors are invited to write summaries of their research including key findings, implications for the profession and a link to the full study. Not only do these overviews provide a great snapshot into the latest research on social media for free, but they are now also on our website where we can have conversations about the research and easily share it over social media.

The Social Media Research Center also produces new research reports on social media. This has included research studies on Wikipedia to identify public relations practitioner familiarity with its rules and experience with Wikipedia content. This year, I am leading a series of IPR signature research studies that investigate the public’s perception of important social media topics such as identifying influence, engagement, and cybersecurity.

Looking ahead, the future is bright for social media. As our society relies more on crowdsourcing, the connections and community aspects of social media will continue to evolve. Smartphones allow us to stay connected 24-7, and with social media at our finger tips, new social media technologies will be adopted as companies try to improve. As organizations capitalize on smartphone use (as we see with such improvements as selfies being used for security screens) and technologies get smaller, faster, and cheaper, social media will be a constant force in our lives and in the future.

Marcia W. DiStaso, Ph.D., APR, is the director of the Institute for Public Relations Social Media Research Center and an associate professor at Penn State University. Follow her on Twitter @mdistaso.