Fact or Fiction: Rewriting the Text on Gender Inequalities in Communication Management

Firstly, the feminization of the profession is verified with 59.6 percent of women versus 40.4 percent  men in European communication roles and 66.6 percent versus 33.4 percent in Latin America in the samples from 2017. Despite the clear acknowledgement that communication is a profession predominantly occupied by a majority of women, the glass ceiling and transparent salary gap between the genders continues to be highly evident. Women also have less probabilities of holding managerial positions. As a matter of fact, the pyramid is being turned for male practitioners. For instance, while only 29.8 percent of European male practitioners work in the lowest levels of responsibility, 49.4 percent are placed in the highest positions. A similar situation takes place in Latin America, with 39.3 percent of men in the highest managerial roles and only 29.2 percent holding no managerial position. The inverse relation occurs with respect to female practitioners: most of them held the lowest positions in Europe (70.2 percent) and in Latin America (70.8 percent).

Evidence also shows a clear gender division regarding salaries. Salaries reported by female practitioners are lower than those reported by their male colleagues in each hierarchical level, meaning, both for the highest – CCO and agency CEO – and middle range managerial positions and for those without managerial responsibilities  (Zerfass, Moreno, Tench, Verčič & Verhoeven, 2017;Moreno, Molleda, Athaydes & Suárez, 2017).  Generally, women are paid much less than men, including when they are in the highest managerial levels. These results never fail to surprise year after year, and this is in a profession that underlines diversity and a participative culture as critical dimensions of excellence and social responsibility.

Expanding further on gender issues, a recent analysis based upon data from the Latin American Communication Monitor, explored the gap between work and life and put the spotlight on extra-organizational factors clearly affecting female professionals. Results demonstrate that living with children and dependents affects the professional path and therefore the career trajectory of female rather than male practitioners. These results have been empirically proven through a predictive data-mining statistical analysis (Moreno, Tench, Khalil, Fuentes & Navarro, 2017).  These results will be replicated and tested with data from European practitioners through the survey for 2018 that is currently online: www.communicationmonitor.eu.

Last, but not least, research based upon data from the European Communication Monitor points to changes in gender stereotypes (Tench, Topic & Moreno, 2017). In contrast to gender stereotyped views that prioritize male characteristics for leadership, results show no significant differences on perceptions of effective leadership between male and female practitioners. The gender technology-competency gap is also refuted.  Instead, we observe that female practitioners are actually ahead in their ability to adjust to the changing technology of our times and in fact, report preferences for online communication channels. These are just some of the top line issues reported in the data we have recorded over more than a decade, but, perhaps rather depressingly and in the context of wider societal gender salary behavioural debates, we can conclude that research in the communications industry(ies) demonstrates that prejudices are just that – prejudices. 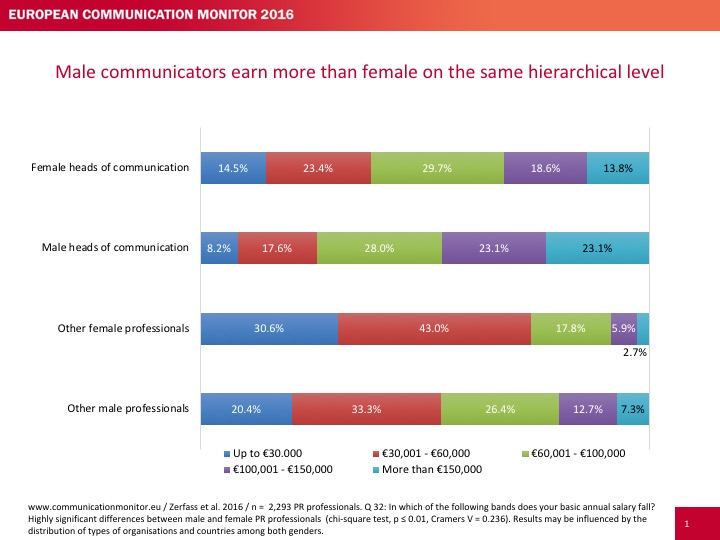 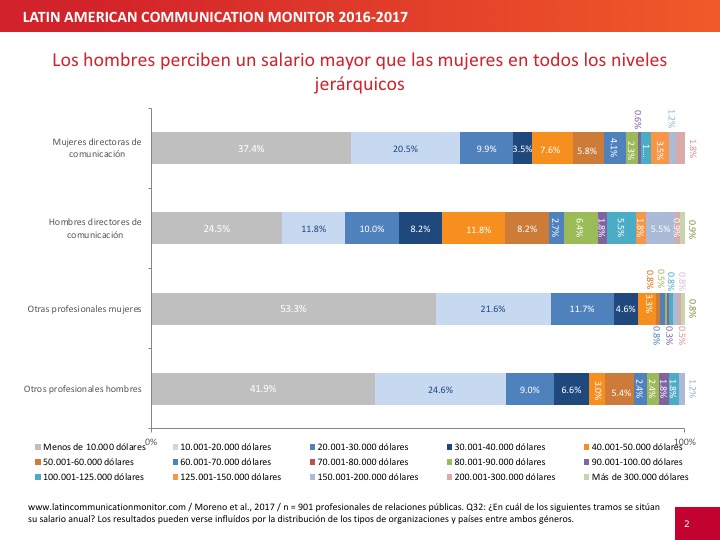 Dr. Ángeles Moreno is a professor, researcher and Director of Latin American Communication Monitor. Follow her on Twitter @AngelesMorenoF.

Dr. Ralph Tench is a professor and researcher for the European Communication Monitor. Follow him on Twitter @rtench.