A typical “heavy user” on Facebook is defined as being on a social network for more than an average of 3.17 hours a day. According to the study, frequent users have more relaxed privacy attitudes and were more likely to share personal information. The study suggests these users develop an expectation that disclosing information is a part of today’s online culture. 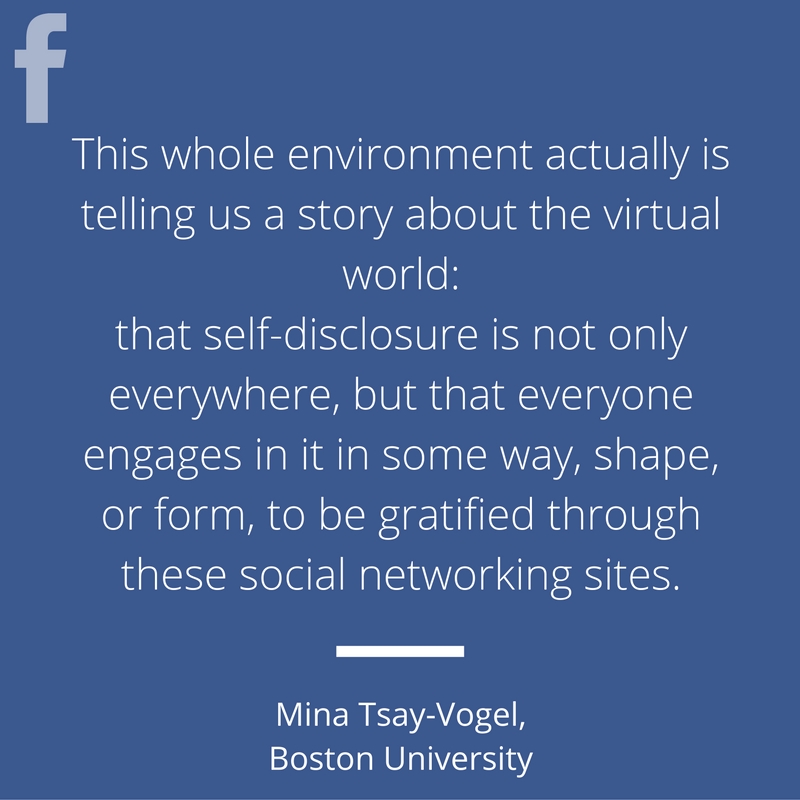 Active social network users who read friends’ updates and share information about themselves become acclimated to the act of posting their information as they read daily about their friends and the world, spurring them to post more themselves—and to share more during off-line encounters.

In light of the omnipresence of personal information exchange in the virtual world, this study examines the effects of Facebook use on privacy perceptions and self-disclosure behaviors across a 5-year period from 2010 to 2015. Findings at the global level support the socializing role of Facebook in cultivating more relaxed privacy attitudes, subsequently increasing self-disclosure in both offline and online contexts. However, longitudinal trends indicate that while risk perceptions increased for heavy users, they remained stable for light users. Furthermore, the negative relationship between privacy concerns and self-disclosure weakened across time. Implications for the application of cultivation theory to a contemporary social media context and the year-to-year changes in the impact of Facebook use on privacy attitudes and self-disclosure are discussed.