The American Gun Violence Epidemic: How Can Companies Meaningfully Engage?

The U.S. public is once again shaken by a recent string of mass shootings in Oklahoma, Texas, and New York that has taken the lives of school children, teachers, medical professionals, and Black Americans. The reality today is that Americans live in fear of gun violence in our schools, shopping centers, places of worship, and workplaces. And rightly so:

The toll of gun violence is enormous and horrific, and Americans need leaders with the courage to fight it. During a time of shifting public expectations about the role of business in society, companies are positioned to affect meaningful change for gun violence prevention, and communication managers have the knowledge and abilities to enact this change.

Staggering gun violence statistics aside, there is a strong business case for ending gun violence. Gun violence costs the American economy $280 billion every year, or $34.8 million each day spent by governments, taxpayers, employers, and communities. Separate from medical costs incurred, U.S. employers pay $528.7 million per year to cover the costs of employee absence related to gun violence, including direct costs like loss of productivity, lost revenue, and recruitment and training (“The Economic Cost of Gun Violence,” 2021).

The indirect costs of corporate issues engagement where government inaction exists are neither well documented nor understood, although public relations researchers have taken a lead in this area. Researchers explain, “Pressure groups employ corporations as a substitute for government actions because firms (1) can be highly visible in the social environment; (2) would likely have influence in the political process and affect change within political institutions, and/or (3) may likely be exposed to potential harm if they do not succumb to the pressure, hurting their legitimacy and thus causing disruption in their market activities” (Nalick, et al., p. 393). Researchers cite globalization, pluralization, and the erosion of trust in traditional institutions as an impetus for corporate social advocacy (CSA), i.e., corporate engagement in controversial social-political issues that are divorced from areas of direct business operation and transcend the particular interests of a single organization (Dodd, 2018; Dodd & Supa, 2014a, 2014b, 2015; Elston & Dodd, 2021; Heffron & Dodd, 2021).

The Role of Public Relations in Gun Violence Prevention

A Courageous Call to Action – Save Lives

Based on results of my prior CSA research examining dozens of issues and in-depth interviews (n=12) that I conducted with C-suite executives of the country’s leading gun violence prevention organizations, I offer the following recommendations for communication leaders to engage meaningfully with the gun violence epidemic:

Be a courageous leader. Stand up and speak out. Include gun violence prevention (GVP) as a central tenant of your corporate values and communicate widely to internal and external stakeholders. Most Americans today expect companies to take action on political-social issues and reward those companies that engage proactively. Similarly, most Americans – both Democrats (83%) and Republicans (54%) — believe it’s appropriate for companies to take a stand on gun violence (Global Strategy Group, 2019). Companies at the forefront of issues engagement are well-regarded and receive more benefits than companies that take a bandwagon approach.

Engage Authentically. As we’ve witnessed time and again with corporate issues engagement, it is not enough to pay lip service to an issue. The American public expects authentic engagement in the form of action.

Petition legislators, or better yet, lead the charge of a multi-signatory CEO statement aimed at GVP measures. Indeed, a majority of Americans agree on some gun policy reform legislation (Gallup, 2021; Bade, et al., 2022), but have watched as Congress is still yet to pass any significant gun policy reform.

Restrict guns in workplaces and places of business. Chances are that your organization has a policy against using drugs and alcohol in the workplace, and likewise, an impaired customer at a place of business would be asked to leave. Why? For the safety of fellow employees and customers. Laws vary by state, but private businesses may prohibit the carrying of firearms by providing proper notice (e.g., written communication, posted signs).

Lead with purpose. Your employees matter, and most Americans today are seeking to work for companies that share their values and offer them a greater purpose (Gartner, 2022; Global Strategy Group, 2019). The fact is, gun violence is a social justice issue. Black Americans are 10 times as likely as white Americans to die from gun homicide and 14 times more likely than white Americans to be wounded. And, women in the U.S. are 28 times more likely to be killed with a gun than women in other developed nations, and nearly 3.7 million American women alive today have been threatened with a gun (Everytown, 2022).

Nearly all your employees will be touched by gun violence in their lifetimes, and the research demonstrates primary, secondary, and community-level effects. Communicate regularly with internal stakeholders about GVP; about proper gun safety and storage; about how parents can speak with other parents about guns in the home for their children’s’ safety, and so on. Generate dialogue about gun violence and offer resources to support affected employees. Allow employees paid-time-off to participate in gun safety training or volunteer with recognized gun violence prevention organizations. Wear Orange for National Gun Violence Awareness Weekend (June 3-5) and encourage employees to do so.

Purpose, partnership, and profit. Americans need courageous leaders driven by a purpose to prevent gun violence. Corporate leaders today can take the lead on issues like gun violence that were traditionally viewed as the role of government, and the American public trusts them to do so (Edelman, 2022). “The price associated with collective inaction to prevent gun violence is not just the loss of human life, but the loss of the potential to invest in vital public services that directly correlate to a stronger economy and greater quality of life for Americans” (Everytown, 2021). Corporate leaders can partner with both government legislators and GVP organizations to save human lives and create a greater quality of life for the American public at-large. 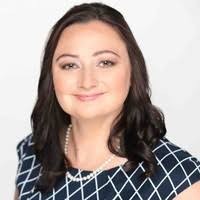 Melissa D. Dodd, Ph.D., APR, (@mellydodd) is Associate Professor of Advertising-Public Relations, at the University of Central Florida’s Nicholson School of Communication and Media in Orlando, FL, USA, and Founder of Woke Research & Communication (wokecommunication.com). Dodd has presented her award-winning research about activism, advocacy, corporate social advocacy, corporate social responsibility, measurement, and social capital around the world. She has received multiple prestigious, peer-reviewed awards and has published in discipline leading journals and books. Dodd was recently awarded a grant from the Waterhouse Family Institute for the Study of Communication and Society to study the narratives of gun reform advocacy organizations, as related to corporate engagement in the controversial issue of gun policy reform and gun violence prevention.