In Memory of Harold Burson

The public relations industry has lost a true pioneer. Harold Burson embodied everything good about the profession. He was kind, brilliant, and humble. When he entered a room, the energy would shift. A crowd would gather around him, listening to his stories and hoping to soak up his wisdom.

Harold taught me the importance of the social aspects of our jobs. Many of the stories recounted after his passing related to how people were inspired by Harold at a lunch, dinner, or even a social gathering at his house. The mutual benefits from those out-of-office touchpoints were one of the two most important lessons I took away from him. The other was when he taught me the importance of making time for others, especially those in the early stages of their career.

Harold Burson was an IPR Trustee from 1979-1980 and then again from 1982-1984. We’ve had a Burson Trustee on our Board ever since, and many of our Trustees had been a Burson Person at some point in their career. Harold was passionate about making sure research was a cornerstone of our industry. He was the second recipient of the IPR Alexander Hamilton medal for major lifetime contributions to the practice of public relations. He always attended our annual IPR Distinguished Lecture and Awards Dinner (except for this past year) and he was the “celebrity” presenter at our Public Relations Leadership Forums with PR Council and Page Society. He was a proud supporter of our work and always told me that when I saw him at industry events.

Harold Burson was a true founder of public relations because he practiced PR the way it should be practiced, with a focus on building and maintaining relationships. His good friend Dr. Don Wright (and one of my mentors) introduced me to Harold the day after I was elected as the IPR CEO. IPR was very dear to Harold—he told me on another occasion over lunch (of course) how important research was, including how behavioral science has never been more important than it is today. His push helped cement IPR’s addition of the Behavioral Insights Research Center as a center of excellence in 2016. Harold truly cared about the profession and made it better. He was loved by many and a friend to all.

In this post, our IPR Trustees pay tribute to this pioneer whose legacy will be felt for generations to come in both the public relations industry and society.

IPR FRIENDS AND COLLEAGUES OFFERED THESE WORDS TO HONOR HIM:

One of our newer employees had recently left B-M to join my firm and, when I asked him to do so, arranged a lunch for us with the legend.

When we entered the restaurant, Mr. Burson rose from the table, extended his hand and said, “I’ve really been looking forward to meeting Steve Cody for quite some time.” I was shocked that he even knew who I was.

He continued: “I’ve been following Peppercomm’s success for quite some time now.” Not knowing what to say, I mumbled, “Gee, thanks Mr. Burson.” Naturally he asked me to call him Harold, but I honestly felt I hadn’t earned the right to do so.

Mr. Burson sensed my nervousness, leaned in and whispered, “I’m proud of everyone who succeeds at my firm and in our profession, but there’s a special place in my heart reserved for entrepreneurs. Only we know the exquisite highs and devastating lows of starting from scratch and lying awake nights worrying if we’ll be able to meet the next payroll or not.”

Mr. Burson proceeded to answer every question I asked (including why he represented tobacco companies). “I believe every legitimate business deserves representation,” he stated.

After two hours, we shook hands and promised to stay in touch (which, sadly, we didn’t). But as I left the restaurant that day I remember saying to my Peppercomm colleague, “I feel as if I’ve just been schooled in the lessons of war by George Washington himself.”

There will never be another Harold Burson.

To know Harold Burson was to touch the very soul of public relations. Throughout his long and storied career, Harold championed the emergence of a practice – the discipline of communications – that has literally become too big and too important to fail.

It was Harold who first made his way to the C-suite – interacting with corporate leaders across many industries over decades of time – to insist that it was not so much what they and their organizations said – especially in times of crisis — but how they behaved.  Decision-making and behavior consistent with values and conducted in the public interest was the only way to secure and sustain public trust, he insisted.

To know Harold Burson was to expect that he would always have a well-informed and timely point of view, articulated with clarity, purpose and passion. It was Harold who could always maintain the context of the times and counsel organizations down the most appropriate paths.

To know Harold Burson was to understand the depth of his passion for connecting people with people who could make a difference in every facet of our society.  His relentless, indefatigable, commitment to building interpersonal relationships gave him great joy and satisfaction, to the significant benefit of the countless people he mentored over the years who emerged into successful careers of their own.

I knew Harold and I know and appreciate the difference he made.

I owe my career to Harold Burson, having joined Burson-Marsteller when starting out and subsequently spending eight years at the firm. I have been fortunate to have had a number of interactions with Harold over the years. Harold epitomized the value of being humble. He spoke of getting lucky by surrounding himself with a lot of competent people and letting them do their thing. His door was always been open to so many. On more than one occasion, long after I left the firm, I would arrange a visit to B-M’s New York office to call on Harold. And each time, he would make the time to see me. We would sit in his office, surrounded by his lifetime of career memorabilia and he would recount tales of people and companies that we had a common interest in. It was staggering to me to be readily afforded such an opportunity, to talk at length with the man PR Week named the most influential person in public relations in the 20th Century.

Harold’s work was his passion, perhaps fueled by not only a genuine curiosity for life but also by the satisfaction gained through helping other people. Harold noted that there is rarely such a thing as a new idea and had an ability to connect issues and opportunities to enduring principles and insights. Above all, Harold was a thoroughly decent human being. It was a great honour to have had the opportunity to know him and to have worked at the firm that bears his name.

Nobody did more to enhance the public relations industry than Harold Burson. He entered our business at the end of World War II, at a time when most public relations practice centered on media relations and involved helping organizations or clients decide how to say something. At that time the decision about what to do, how to do it and what to say almost always was made by others. Gradually, over time, Harold and his peers were able to move PR forward and today in the most successful organizations our work involves providing counsel regarding what to do and how to do it in addition to recommending what to say and how to say it.

Harold practiced public relations as though it was a social science and he was one of the first in our field to focus on the science beneath the art of what we do. He was enthusiastically dedicated to making public relations an ethical calling and he contributed significantly to the development of public relations research and education. I was extremely fortunate to have had a deep personal and professional friendship with this wonderful man, and serving as the Harold Burson Professor and Chair at Boston University is, without question, the highlight of my professional career.

I owe my entire career to Harold.

He interviewed me in 1976 during my last year of graduate school at USC and ultimately hired me for my first job in public relations.  I worked for Burson-Marsteller for the next three-and-a-half years and probably learned more in those first few years of my career about the profession and how to be a professional than I’ve learned since.

Since then, Harold has been a mentor and friend.  He’s recognized every one of my new jobs with one of his famous handwritten congratulatory notes — and I’ve saved every one.  He set a high bar for all of us.  While there is only one Harold, I’ve tried to conduct my professional life in a way that I always hoped would make him proud.

What he and Bill Marsteller accomplished will never be equaled.  Their smarts, drive, creativity, thoughtfulness, grace and utmost professionalism is something we all aspire to.  Honored to have been a Burson Person!

For those of us who were lucky enough to call Harold a friend and mentor, we could always count on him being available, making time and following up. He set a standard as a counselor/advisor and as a quality human being. His humility was remarkable given his accomplishments and stature as a global public relations leader. His memory was exceptional, recounting facts and details from early in his career and readily sharing them in stories. From virtually every interaction, he was always gracious and engaging. We lost a dear and special friend in Harold, but his example will live on as a standard bearer who cared dearly about others, his family and his profession. Thank you for being with us all these years and setting an example for next generations to follow. You left us with lifelong lessons about character, humility and giving back. 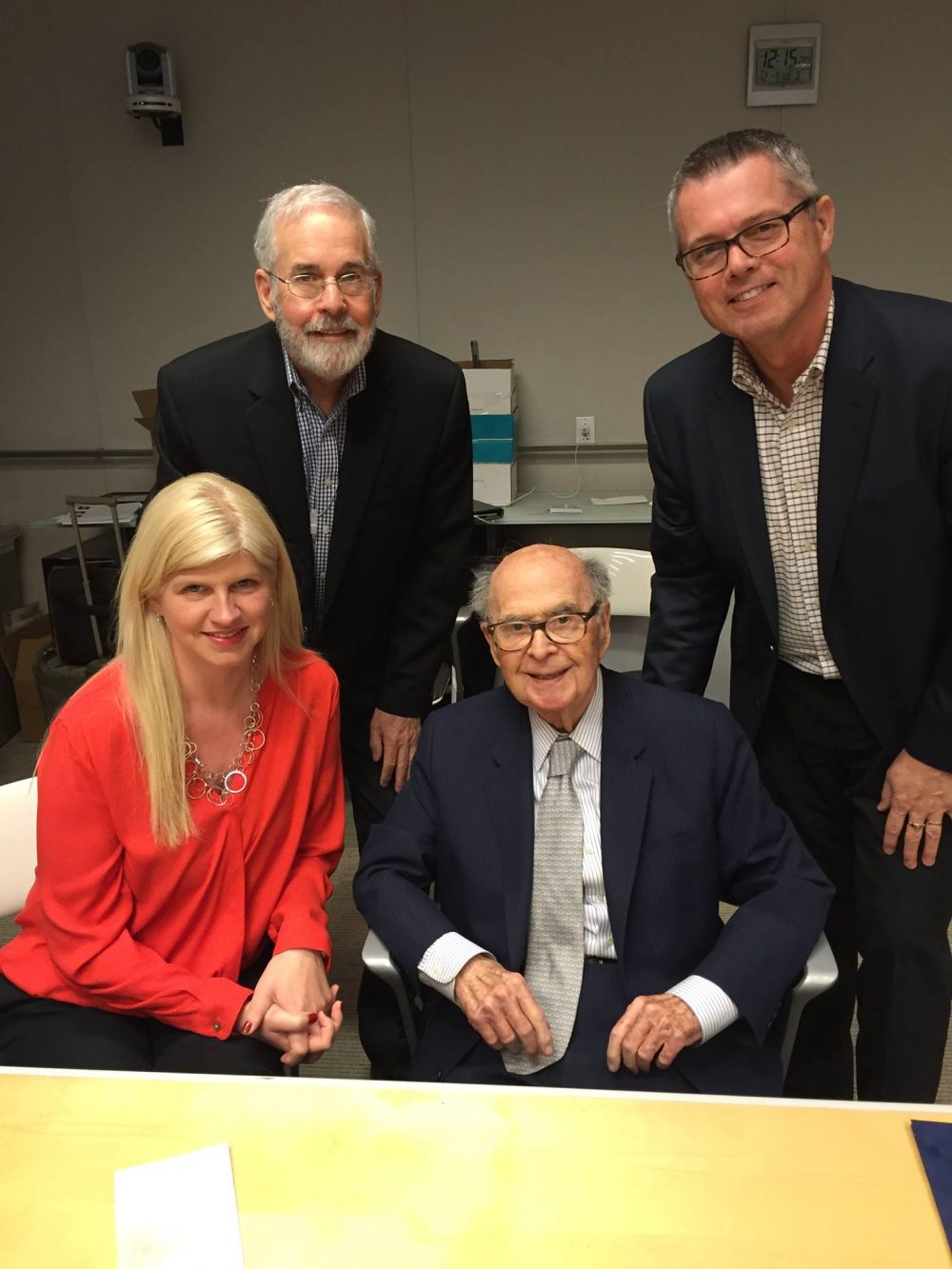 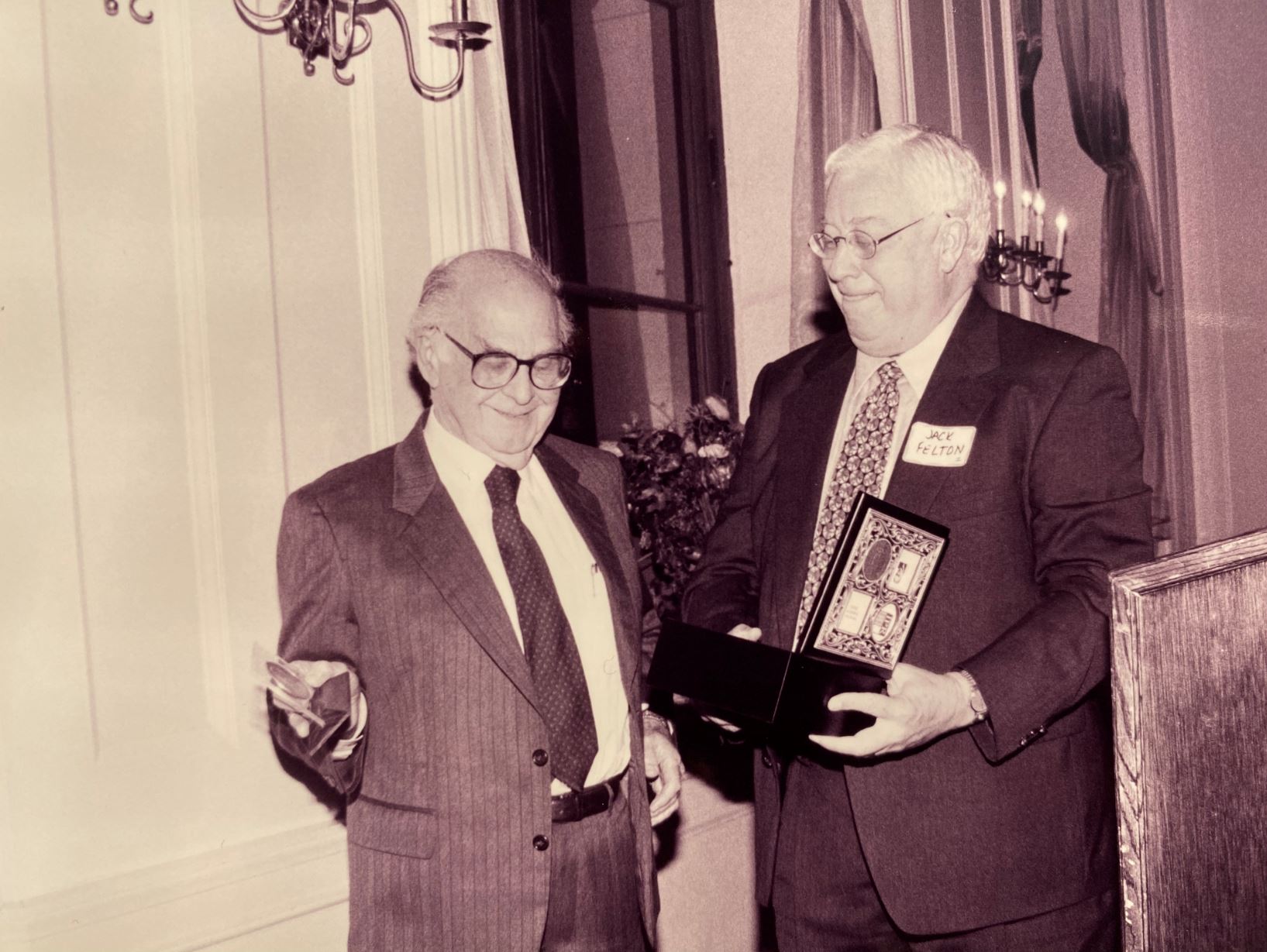 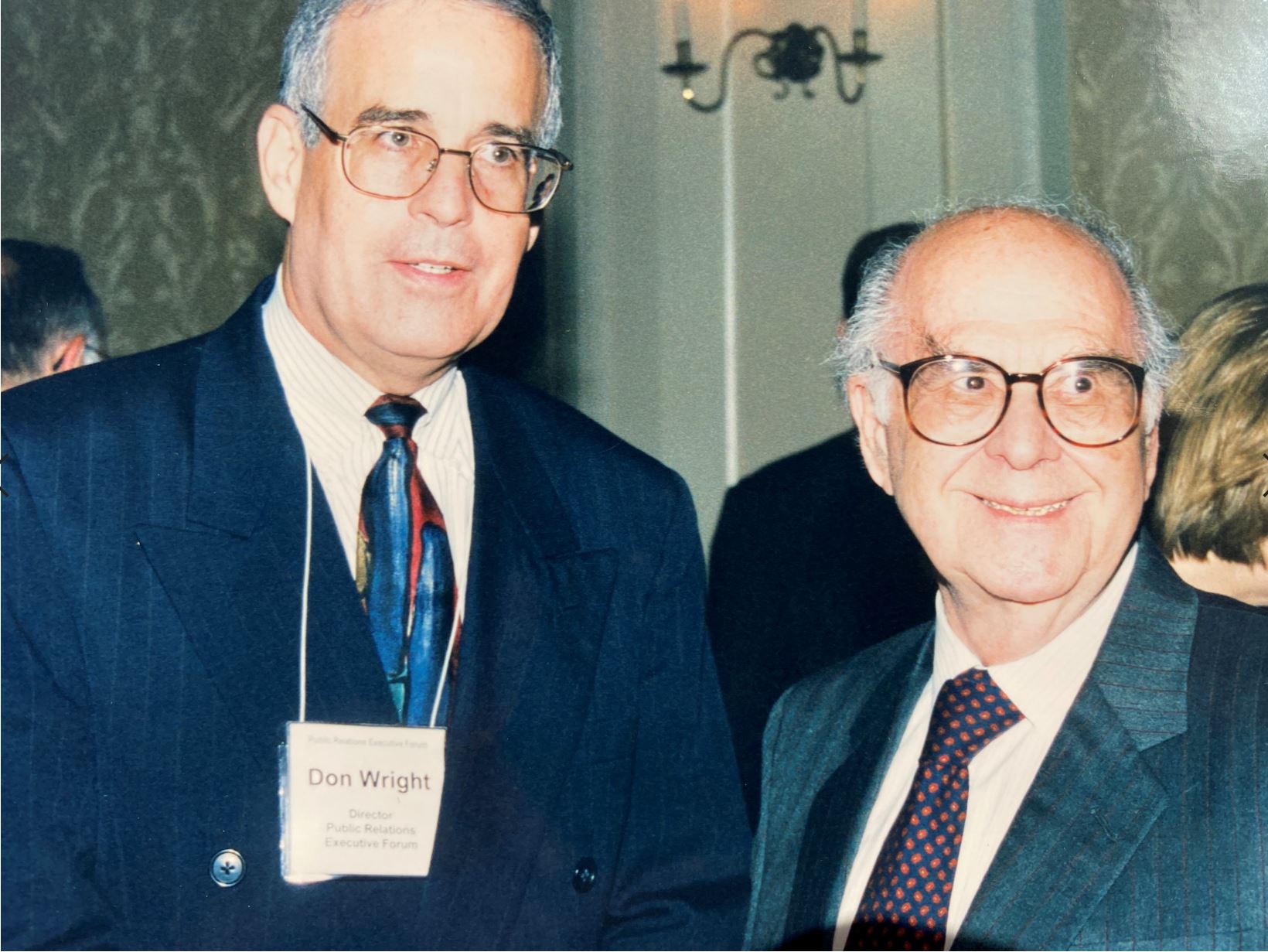 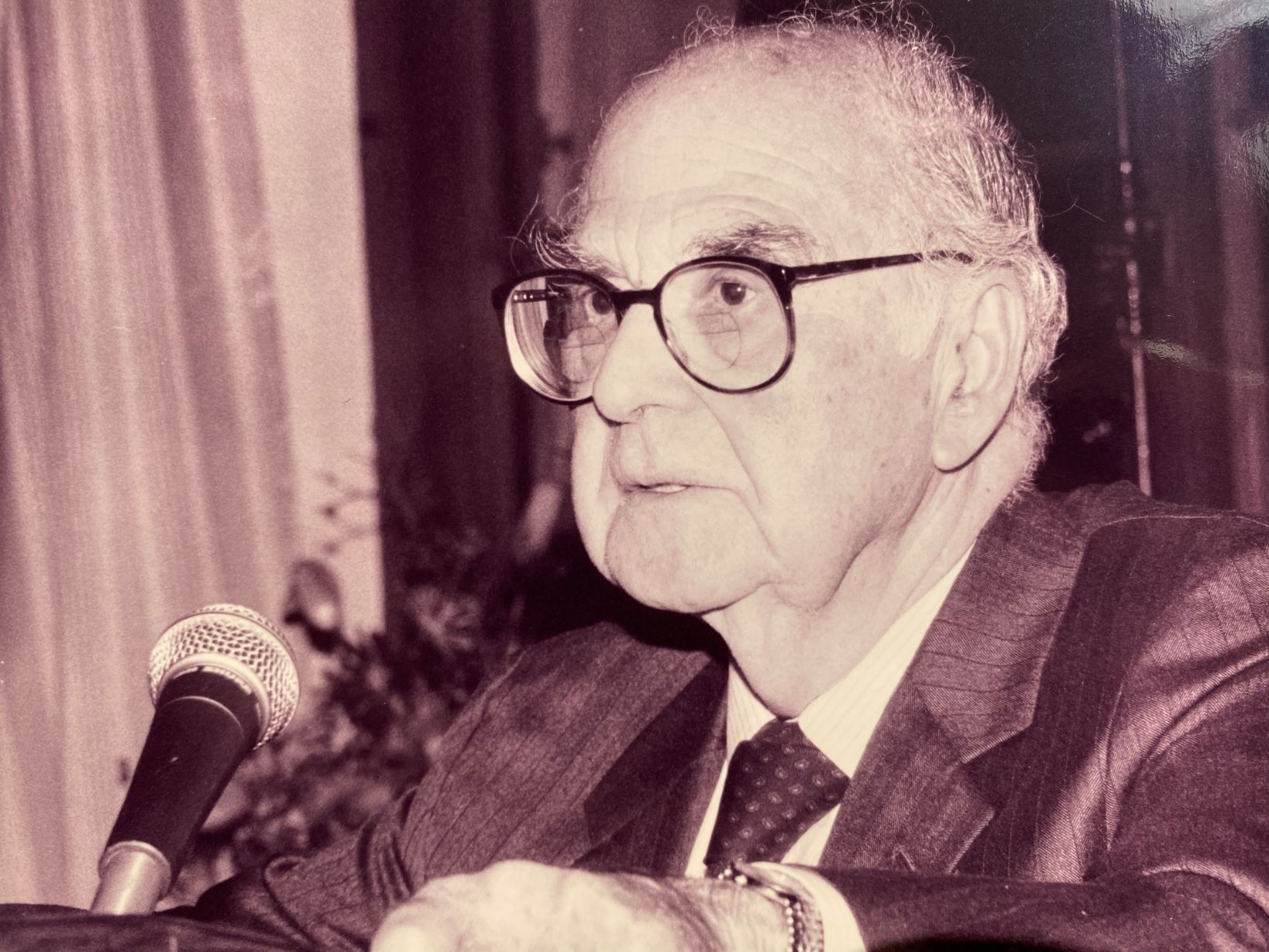 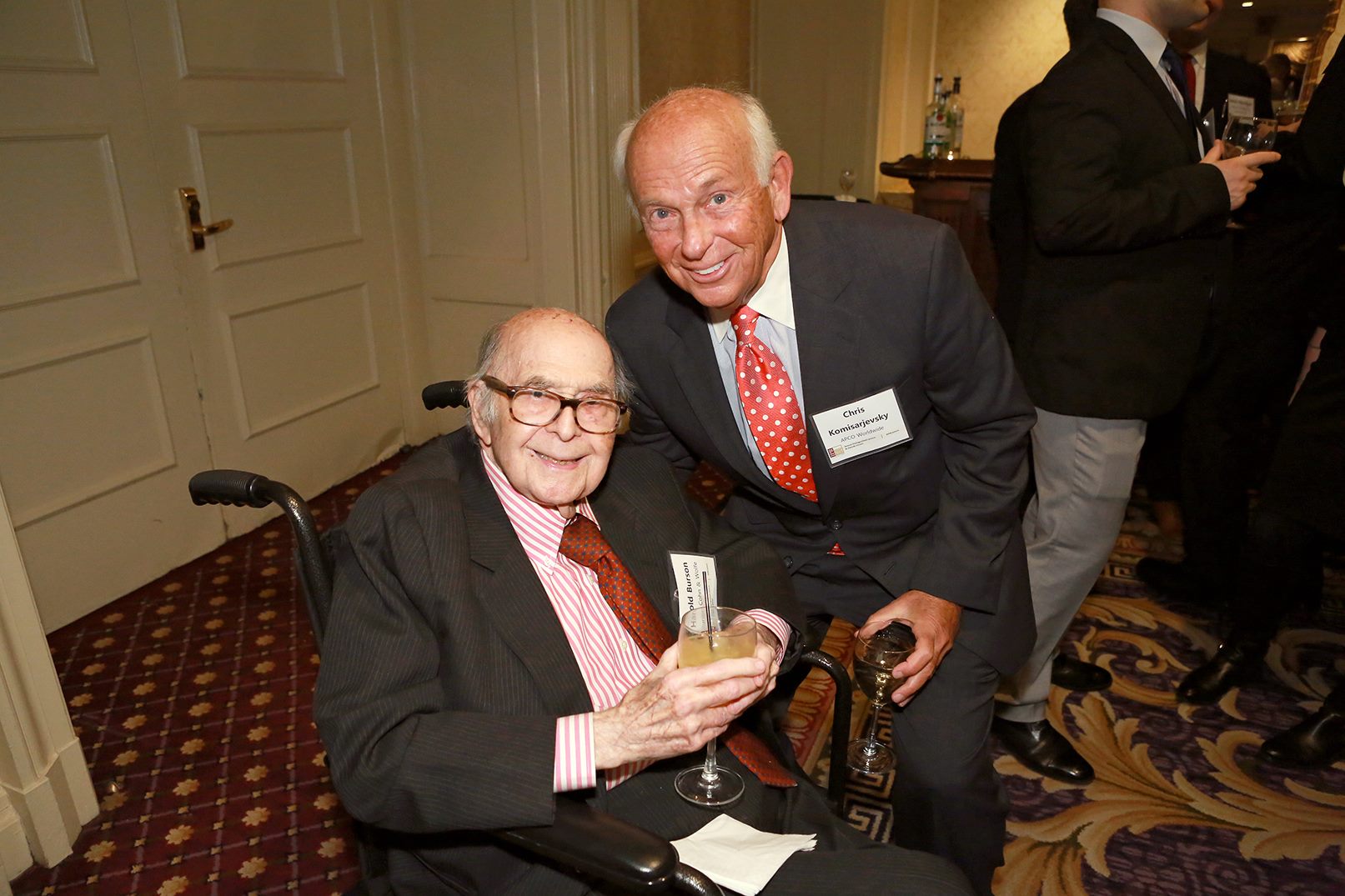 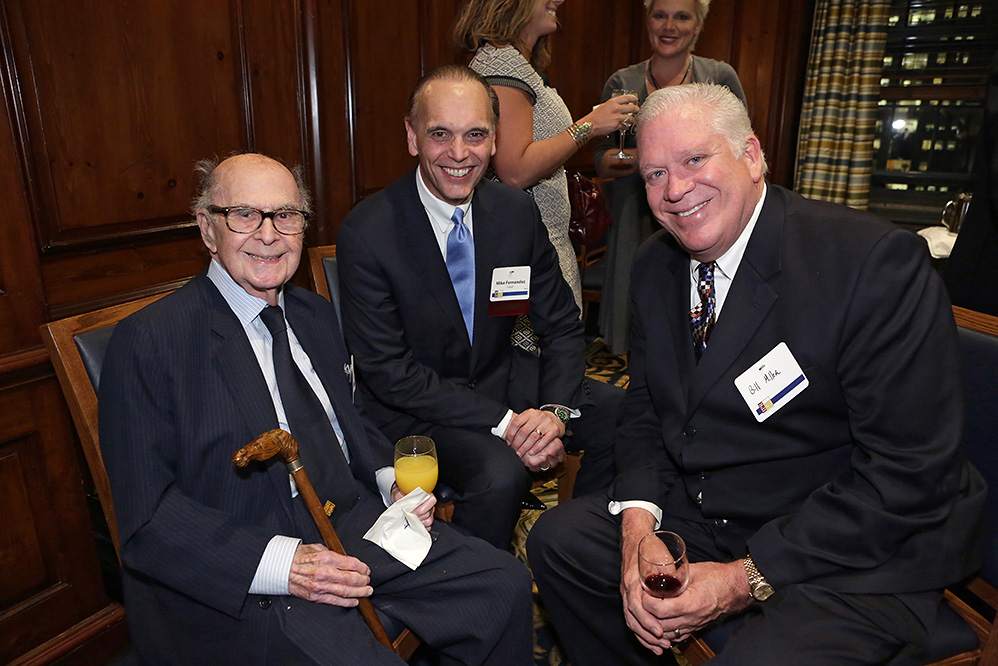 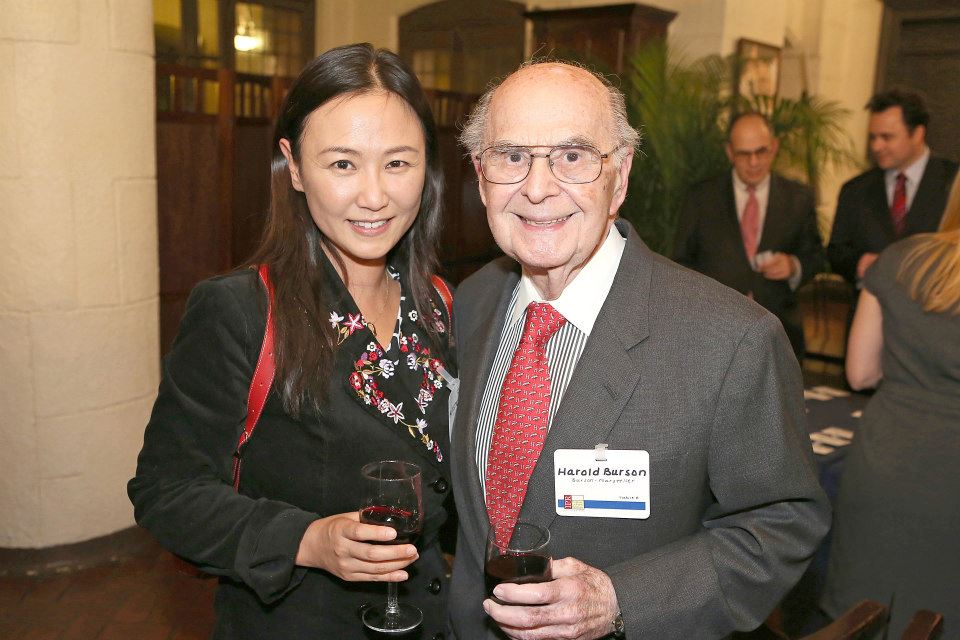