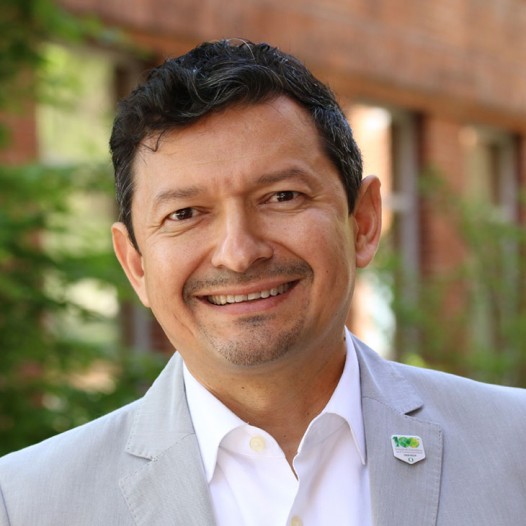 Molleda received his bachelor of science in social communication (1990) from Universidad del Zulia in Venezuela, a master of science in corporate and professional communications (1997) from Radford University in Virginia, and a doctor of philosophy degree in journalism and mass communications with an emphasis on international public relations and international business (2000) from the University of South Carolina. Since his doctoral studies in South Carolina, Molleda has become a leading teacher and scholar in global corporate public relations management. In 2010, he was awarded the University of South Carolina’s School of Journalism and Mass Communications Outstanding Young Alumni Award.

Molleda’s professional portfolio has also informed his teaching and research. Between 1987 and 1993, he was manager of public relations, corporate communication, and advertising and promotions for a Venezuelan financial consortium. In 1998, 2003, and 2004, he worked “professional summers” at Blue Cross and Blue Shield of South Carolina’s Corporate Communications Division, Burson-Marsteller Latin America in its Miami headquarters, and Perceptive Market Research, respectively. He also consulted on a major strategic planning project in international public relations for Mayo Clinic and conducted training on behalf of Weber Shandwick in 2011.