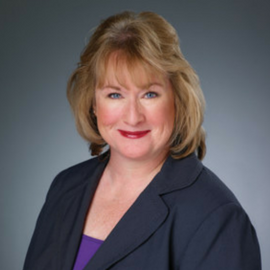 Linda has a passion for education. She has recently begun sharing her experience with today’s youth by serving as an adjunct instructor for undergraduate courses at universities throughout the country. Regarded as an expert in her field, she also authored a chapter in Mastering Business for Strategic Communicators (released December 2017) and was asked to write the Foreword for Business Acumen for Strategic Communicators (2020).

Linda believes in giving back to the community and does so through her participation in professional organizations and through service on advisory boards. She has dedicated her time to countless organizations including: The Make-A-Wish Foundation (current board member); Arthur W. Page Society (current Trustee and member of the Member Insights Subcommittee); Texas Tech University President’s Search Committee (2016); Texas Tech College of Media & Communications National Advisory Board (current member); Institute for Public Relations Board of Trustees (current Trustee and immediate past chair).

Linda has been honored for her leadership excellence and her achievements in communications. Some of her recognitions include: 2017 Citizen of the Year, Metrocrest Chamber of Commerce; 2016 Metrocrest Chamber of Commerce Business Woman of the Year; 2016 PR Week named one of 36 Women Champions of PR; 2012 inductee into the PR News Measurement Hall of Fame; 2009 inductee in to the Texas Tech College of Mass Communications Hall of Fame; and 2008 inductee into PR News’ Public Relations Hall of Fame.

Linda graduated from Texas Tech University with a bachelor’s degree in journalism. She is married to Michael, and together they are proud parents to Allison (21), a sophomore at The University of Texas at Austin; and Matthew (22), a recent graduate of Rice University in Houston with a degree in sport management.