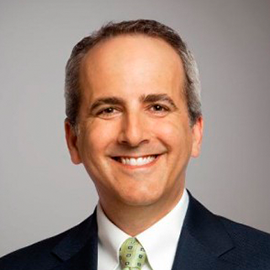 Mark Kaplan is Vice President of Public Affairs for The Mosaic Company, where he is a member of the corporate Senior Leadership Team. Responsible for advancing global public affairs initiatives for the world’s leading producer and marketer of concentrated phosphate and potash — two of the primary nutrients required to grow the food the world needs, Kaplan furthers Mosaic’s global business objectives with a focus on reputation management and issue advocacy. Kaplan previously led Mosaic’s public policy and sustainability initiatives and was head of public affairs for the Phosphates business unit.

Before relocating to Minnesota in 2011, Kaplan served as Chief of Staff to Florida Governor Jeb Bush and on Florida’s State Board of Education, the seven-member body that oversees K-12 public education and the state college system. Kaplan was Executive Director of the Florida Housing Finance Corporation, where he led the successful turnaround of a troubled agency responsible for setting affordable housing policy. He also led efforts to coordinate and fund the permanent housing response after four hurricanes in 2004 impacted more than 700,000 Florida homes. Kaplan served as a member of Governor Charlie Crist’s Action Team on Energy and Climate Change and in senior roles for two gubernatorial transitions and one U.S. Senate transition team. He currently serves on the Board of Directors of Greater Twin Cities United Way and is a member of the Arthur W. Page Society.

At other points in his career, Kaplan was President and General Counsel of one of Florida’s most active developers of affordable housing and served as a judicial clerk for a member of the U.S. Court of Appeals for the 11th Circuit.

Kaplan received his undergraduate degree with honors from the University of Florida and graduated first in his class from Florida State University College of Law.